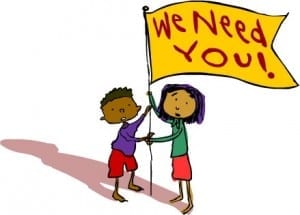 A couple of days ago a friend of mine read my book that I am currently querying to agents. She said a lot of things about it, but there were a couple of things that really stuck with me, and I want to talk about them a little here. She mentioned that she thinks YA Authors need to remember their younger audience, and should be careful when they have their main characters do things that are potentially dangerous without having them suffer consequences.

I’m not sure how I feel about this right now, so I thought I’d write through a blog post and see what my opinion was at the end of this.

These are the big three she brought up:

Okay, I’ve been thinking about it over the course of this blog post, and I’m not so sure it’s my place to teach these kids appropriate behavior. That’s their parents job. I write stories, and in the end they’re considered FICTION for a reason. I don’t think kids will go out and drink beer or text while driving based on my book. That’s all there is to that. I think there are a lot of things a book ca do, and I am sure there are books that will do a great job of teaching things like ‘no sex before marriage’ and all that other good stuff… but I don’t think my supervillain series is the place for that to happen.

Late to this because I'm just back from vacation, but here are my thoughts:

First, the texting while driving thing is a HUGE issue right now. They say that your driving impairment while texting is close to DOUBLE that of driving while drunk. States everywhere are putting really harsh laws on the books to punish drivers who are caught texting. (most include immediate jail time)

But the fact is that people do it everyday without incident.

We all do stupid, ridiculous, and really bad stuff every day with no consequence.

I think people can write books about the consequences of a bad decision. But it's a little didactic to expect all of our characters to always suffer consequences--especially when that's not a representation of how real life works.

Still... you should make sure that the behavior and reaction to behavior matches up with the character's personality.

If a character is a little flighty, then texting while driving should at least cause them to have a swerve or near miss.

If she's normally a "good girl" type, then the alcohol at a party should cause a reaction... and so should the swearing.

Being true to character is more important than using a book to teach kids a lesson. We kind of gave up that didactic ideal in the Victorian era. And for good reason--it's usually obnoxious.

Okay - so I though I would share my two cents. First, I thing we do have a responsiblity as authors to be authentic - our characters need to have authentic feelings. And if there are conseqeunces for actions we need to depict that - in a way authentic to the story itself.

In terms of the whole consequences for actions debate...I think there are always consequences - some we see immediately, and some we may never recognize. Every decision we make - every one - shapes an aspect of our personality. And yes, teens make silly mistakes of judgement regularly. It is my hope that they learn from them - either through their own experiences, the experience of those around them, or through stories and film they watch. As an author, it is my hope that my stories inspire kids and adults to think through their own choices and remain authentic to who they are - even when I am dealing with very edgy issues.

I have to agree with Elana on this one. All our choices have consequences - but sometimes they're not immediately apparent.

In the literary world, agents and publishers want to see personal growth in characters. Without consequences, the characters won't be able to grow and the story will fall flat.

In real life, I would much rather be friends with those who have learned from their mistakes, rather than those who have "gotten away with things" all their lives. The latter group still have a lot of growing up to do!

haha I guess I am of the latter crew, because I did a lot of stuff and didn't get in trouble for it.

I'm not saying actions should NEVER have consequences... they just shouldn't be a requirement for every bad thing in the book--especially things that happen every day in normal teen life.

This is a great topic and I have some strong feelings about this too. I read some of this conversation as it was happening on Twitter. My thoughts lie in what you said, Jamie.

Ultimately, PARENTS are the ones who should be doing the parenting. Authors have a social responsibility, yes, I agree with that statement completely. But there is also a level of reality we have to accept. These things happen: texting while driving, underage drinking, premarital sex. It doesn't matter if you include them in a book you're writing or not. It is still going on.

It is each parent's responsibility to their own children to teach them, guide them and help them understand what consequences MAY result from their decisions and actions.

I also think the genre you write in matters here also. If you're writing sci-fi or fantasy, you can change rules and make the world different. If you're writing more contemporary YA stuff, it is almost unrealistic to leave out the drinking, texting, sex.

There is so much to consider, but as a writer, I have to be honest to my characters' and tell their stories.

P.S. I think a great link to post on this would be Ellen Hopkins' blog post about her invitation to the Oklahoma school being rescinded because of the content of one of her books. It is definitely worth a read.

In my mind, the only responsibility you have to your readers is to entertain them.

As a YA Author, I am not trying to teach teenagers right from wrong. These kids need to be learning their values and morals from their parents, not from you or me.

I didn't drink in high school (or ever for that matter), but I am not so naive as to think others didn't. I had friends in high school who went to parties on the weekends and got drunk. If I were to write a book and base it on these experiences, I would not show the characters being punished for this. Because they weren't. I think you are doing a great job of telling it realistically. Yes, there are consequences of drinking...perhaps these characters have horrible hangovers the next morning, but if showing the hangover does not propel your story, why show it?

I didn't have a cell phone in high school, but I will tell you that I do text while driving now. I try not to do it often, or when I am in traffic, but I do it sometimes. I know it distracts me slightly, but really I have never had a problem doing it. I also would not have thought twice about having a teenager text while driving in my book.

I am trying to put myself back in teenager shoes. When I was a teen, if I read a book with the things you mentioned, I would not have thought much about it. They are part of the story. If I read the same thing with big consequences (unless the consequences seemed totally natural and helped push the story forward) I would feel like I was being preached to.

Young Adults are smart and perceptive. They know when people are trying to preach to them; they know when they are being taught lessons. They are also stubborn and rebellious. Many teenagers, if they thought a novel was trying to preach at them, would put it down and not pick it up again.

If we want to teach lessons, we should be writing self-help books, not novels. Let the parents teach; just keep writing what you want! .-= Rachel Bateman´s last blog ..10 Writing Tips =-.

I think that's a great point. We have a responsibility to our stories and our characters first!