Oh no. This is sad news from the world of Saved By The Bell.

Earlier in the week, we reported that Dustin Diamond — a.k.a Screech from Saved By The Bell — had been hospitalized in Florida, and cancer was suspected.

Well, now our fears have been verified. Dustin has been diagnosed with Stage 4 cancer, and is undergoing chemotherapy.

Apparently, he first noticed a lump in his throat. That, coupled with his feeling of unease, led to him going to the hospital to get checked out.

Doctors were worried that cancer might be the culprit, but they wanted to do a biopsy to verify the suspicion.

Turns out, Dustin has cancer all throughout his body. He has already started taking action to fight the illness.

Not only does he have cancer, his rep announced that he also has shingles.

Y’all. Have you ever had shingles? They are just about the worst thing ever!

Not only do you get the painful shingle patches on your body, it also kind of fries the nerves around the shingles. The nerves go haywire, and it gives you intense pain and anxiety.

I would not wish them on ANYONE, and I can’t even imagine shingles coupled with a cancer diagnosis.

Dustin is in our thoughts at this terrible time. We will let you know more as news is released about the situation. 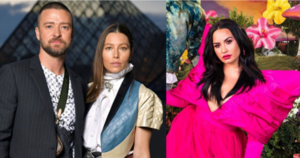 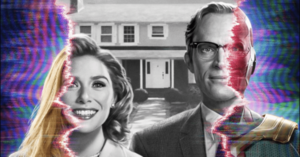 Next
'WandaVision' Is Only The Beginning Of Big Things For Disney+
Click here to cancel reply.