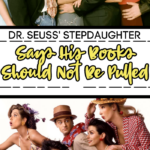 Thank you David; the actor who plays Ross on a very popular comedy show has confirmed very big news!

Finally, the wait is over for the long-awaited reunion of 6 best friends!

Mr. David Schwimmer has finally dropped the bomb that filming for the delayed ‘Friends’ reunion is finally happening.. soon!

“Oh, it’s happening,” said Schwimmer. “Actually, in a little over a month, I’m heading out to LA.”

The 54 year old actor who doesn’t look a day over 30, made sure to note that safety measures will be in place to protect the cast and crew.

“We figured out a way to film it safely, and there’s going to be a portion of it that we film outside because of, you know, for safety protocols,” he said.

Unfortunately, David wasn’t able to reveal the exact date of the ‘Friends’ reunion but we’re thankful he was able to throw us a bone or two!

As for who will host the ‘Friends Reunion’, Schwimmer revealed that it will not be Billy Crystal, Ellen DeGeneres or Andy Cohen.

The reunion is set to air on HBO Max will not be a continuation of the original series, however, we all looking forward to the 6 best friends being together in the same room featuring David Schwimmer, Jennifer Aniston, Matthew Perry, Courteney Cox, Lisa Kudrow and Matt LeBlanc.