There’s just something so infuriating about standing in a group of people who are talking and when I say something, not only do they not look at me, they ignore what I’ve just said. Am I in high school again? Is this the popular “I’m too good to talk to you” group?

I spend half the year alone with no adult interaction, so when I’m around people I don’t want to be ignored. I’m not asking to be the center of attention (although sometimes that’s a nice feeling), but a little recognition of my existence would be nice. This may come as a surprise to some people, but I have feelings and opinions and I’m a pretty nice person, most of the time. Look, it’s fine if you disagree with me, but please don’t ignore me. 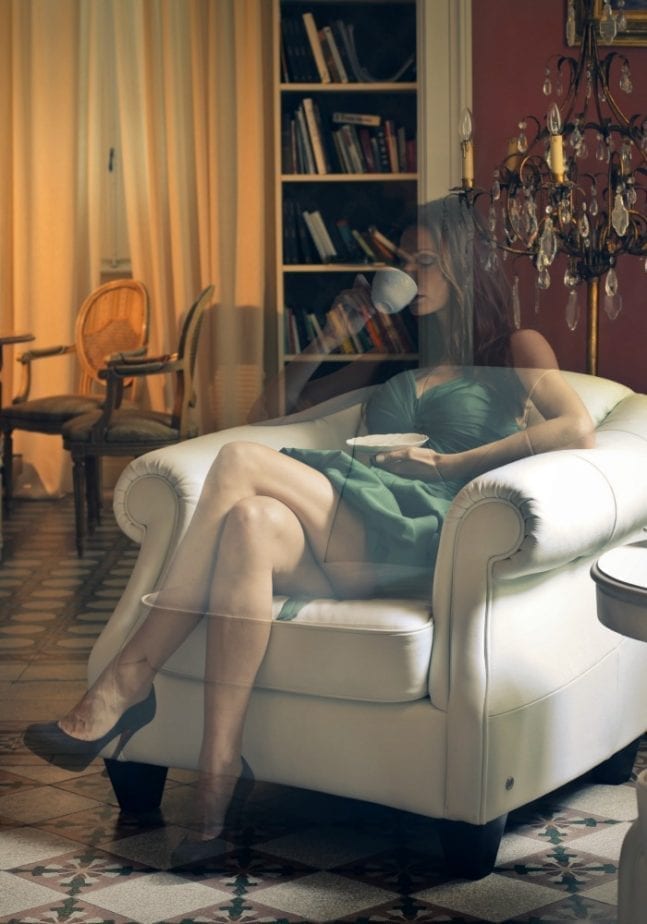 I’m Not Invisible, So Please Don’t Ignore Me

Or in group chats people will be going on about their day, their lives, their plans and when I interject my thoughts….nothing. It’s like everyone who had previously been chatting just go silent… no response. It makes me want to scream, “HELLO??? I’M HERE, I HAVE FEELINGS AND THOUGHTS TOO! DON’T IGNORE ME!” I’d love to have an invisibility cloak, but considering it doesn’t exist, I know you see me. I know you know I’m here.

When I’m being a bitch (I know, shocking…) and my husband doesn’t want to fight or argue, he’ll ignore me. It pisses me off, but I get it. Better to not poke the angry tiger. But, then again…I’m a resolution girl. If there’s a problem, lets not ignore it; lets talk it out and move on.

Let’s be real: ignoring someone is RUDE. It’s like silently saying, “You’re not worth the energy to speak or listen to.” Even if there isn’t a good response to what they’ve said, some kind of acknowledgment is preferable to making that person feel like they are unworthy of your attention. That’s how being ignored makes me feel. If you don’t want to talk, just say so. Be upfront. I’d much rather have someone say, “You know I’m just not in a talkative mood today. I’ve got a lot going on in my mind.” I’m considerate and respectful, I can give the space needed by others.

I don’t even ignore strangers who talk to me. I may think they’re a little weird for randomly speaking to me, but I always respond accordingly, because weird or not…they have feelings and I wouldn’t want to make anyone feel like they aren’t worth some kind of response. Even the REALLY creepy people who make strange comments, I don’t ignore…I just politely smile, nod and say, “Have a good day” while walking away as quickly as possible.

One of the worst is during a conversation with someone and they turn to their cell phone missing half of what I’ve just said. I stare at them waiting for a response and they look up at me and say, “Sorry, what was that?”

“You’re kidding me right?”So now not only am I not worth listening to, you’ve basically just told me your cell phone is more important. Thanks…. For future reference, should I skip talking to you altogether and just send a text?

Then there’s the famous, ‘I know you’re on Facebook because you’ve just liked my post but you aren’t responding to my text messages’ being ignored. Seriously? Do you honestly think I don’t notice? Why? Why do people do that?

Be real with me: am I the only one who hates being ignored? I can’t imagine anyone enjoying it, but then again…maybe they just ignore the fact they’re being ignored. Personally I have no problem telling someone, “Don’t ignore me, it’s rude!”

Now that I’ve ranted about one of my many pet peeves, you can go ahead and ignore this article.

Duuuuude!!!!first take a deeeep breath now I'd like say that For a whole year I swam on a team with a bunch of butts that did almost every single one of those tactics every day.I can totally sympathize with you and I am sorry you had deal with people who are consider themselves "cool"

You may be looking for gin rummy free online games in order to play cards so here these games are and you can sharp you mind too along with entertainment. These games are multi talented games and also attract the player to play these games.

Virginia, the ones telling you they thought they had texted back notwithstanding, there are people who use their computer to go on Facebook. For that matter, sometimes they leave the computer logged in and your computer may say they're active on fb when they're nowhere near an electronic device. For those who have just posted though, their phone could be totally dead while they're on a tablet, in the library or at a friend's on a different device.

For that matter, who's to say they aren't looking at stuff on fb at a friend's with the friend so maybe they wanted to answer you later to not ignore the person they're with to pay attention to their phone. A phone is a request, not a command.

If it happens every time you text, yeah, you need to move on. A one or two time thing? Give them a break. You'll miss texting back at some point too, so you're just building good text karma to let it slide. The rest of this is all too often true sadly.

Mark, your remark is spot on. I hate that! Occasionally, someone will repeat my joke and give me a smile with an I heard it and got the remark out there to those idiots look. That's some better.

The having texts ignored but you just liked a post on FB things gets me so annoyed! The excuse I tend to get if I confront the person is "Oh, I thought I had texted you back" No, you didn't!

I can relate to this. I can also trump it. Being in a group, being witty and oberservant commenting on the group topic with a cracker of a joke that no one responds to. Except one person, who, noticing the hilarity of the comment then repeats the gag and gets a standing ovation for his razor sharp wit.