She loves her body. Bonus points for that. She sixteen so it could very easily have gone the other direction. She could want to cover herself from head to toe and keep other people from seeing the cesspool that is her teenage body. But no. Instead, she looks in the mirror, nods in approval, turns around to look at the other side, then looks at me sitting at my desk looking at her. “Damn, I look good!” she says. She’s flexing her calves now and admiring the way her new bra pushing everything to even higher heights. Like sixteen-year-olds need higher heights. I look at her and see my baby niece. I want to cover her up with a blanket and tuck her away until leering weirdo men no long leer at her as we walk down the street. Any body issues happening in our house all have to do with me and my panic and nothing to do with her or her self-esteem… 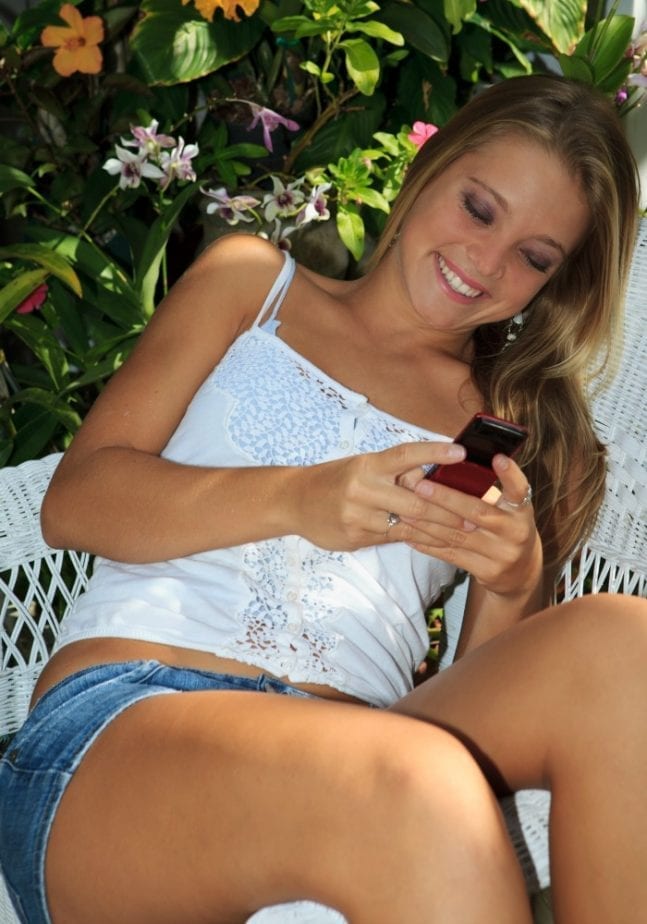 Is There A Way To Teach Modesty Without It Feeling Like Body Shaming?

She turns again and I see that the bottom part of her tuckus is hanging out of her booty shorts a little. We’re at home, no biggie. She loves these shorts because they’re comfortable and we live in Texas and its hella hot here. I don’t blame her. But I look at that and wonder if ever she wears those shorts when she leaves my house.

“Do you ever wear those when you leave the house?” I ask.

She’s sitting across from me at my desk now, applying glitter eyeshadow and wearing her hair in a loose french braid.

She’s a freakin’ bombshell and I’m going to have a heart attack.

I feel as if there are two options here: forbid her from wearing the shorts in public, or accept that she’s sixteen and has a mind and body of her own.

The feminist in me thinks, if you forbid her, you’re basically telling her that other people have a right to dictate what she wears. Yes, she’s sixteen, but who-the-hell cares if her booty is hanging out just a tiny bit and it’s a thousand degrees outside. Any judgment is their problem, not hers.

The practicalist in me thinks, cover her up! Cover. Her. Up!

The practicalist might have a few body issues of her own.

The truth is, I can totally forbid her from wearing those shorts. And when I do, she’ll slip them into her purse and simply put them on at a friend’s house when I’m not looking. I used to be sixteen…I know the gig. And another truth is that there’s probably not another time in her life when she’s going to want to wear shorts that short. She’s basing a lot of her style choices right now on friends, Instagram, and the fact that she truly loves the way her body looks.

I was not the same at sixteen. I’d have worn a burka had it been an option. Instead, I opted for long sweaters and even longer full-length jumpers. My body at this age was a writhing cesspool of awful mixed with, “Oh, why, God. Why hast thou forsaken me?”

“Do you just wear them at friend’s houses?” I ask.

She looks at me. My heart badabumps in my chest a few times because I don’t want to crumble even an inch of that self esteem. “They’re just shorts, Mary.”

What am I supposed to say to that? This is a little girl in a full-grown hottie’s body and she can’t help that. She still has stuffed animals in her room. She talks about inappropriate things with her friends, and then asks me to rub her hair at night so she can fall asleep.

“They are just shorts,” I say. Nothing else.

I take her shopping the next day and steer her clear of the booty shorts racks, instead helping her pick out all these cute and flirty and longer skirts. I start tagging her in Instagram pictures of her favorite celebrities with shorts down to their knees, or wearing maxi skirts, or anything Anything that covers up.

The booty shorts ‘accidentally’ get mangled in the washer and end up in the sew pile. They’re never going to be sewn.

It comes down to this: I have zero idea how to teach her about modesty without it feeling like body shaming. Anything I say about her body could be interpreted by her hormonally-laced brain as me thinking there’s something wrong with her. There. Is. Nothing. Wrong. With. Her.

So instead of teaching, I steer the convo toward letting her reach those conclusions on her own. I don’t know if it’s the right option. She’s probably going to happen upon another pair of booty shorts at some point and weird men are going to leer and I’m going to walk behind her wishing I could just pull them down to an appropriate length. But not today. Today she’s wearing leggings that go halfway down those gorgeous calves and a shirt that knots on the side. And she she’s staring in the mirror turning from side to side and saying out loud, “Damn, I look good.”

THANK YOU!! I have a "niece" the exact same. (Im going to keep next paging to see if you have anything to say abt inappropriate pics sent by this young lady or advice for me for mine) Mine's so young (just turned 15) and naive and beautiful and legs for miles and a burst of sunshine. (and a great friend with great friends whose legs don't go for miles and self esteem isn't as strong who she builds up and pumps up every single day without any thought other than they're as beautiful as she is they just don't see it yet) I want to bottle that self confidence up and sell it. I also want to take her 5'8 beautiful body and wrap it in my 5'0 frame, protecting it from shady ass eyes and inevitable broken hearts. Rock and f'ing hard place.

Modesty is not about hiding your body. It is about respecting your body. How you dress your body is a representation of how you see yourself and can effect how others treat you. If you are dressed sexy because you see yourself as sexy you will be more likely to attract sexual attention. If you dress yourself modestly you will be more likely to attract people who are interested in getting to know you for who you are. This could mean the difference in finding a guy that thinks I wonder what she looks like naked and one that thinks wow she has beautiful eyes and I love her laugh. Its a lot easier to stay out of unhealthy relationships when you portray by your dress that you are willing to pass by the attention you get for being a sexy young girl for a real relationship based on love and respect

You're such a good aunt, Mary. I know exactly how you feel.