It’s no secret that Minions have taken the world by storm, and everyone is all about these strange talking little creatures that want nothing more than to be a part of taking over the world. So the other day when I was at the store planning for family game night, I saw a box of Hostess Twinkies that contained a Minion Decoration Kit. What the what? I HAD to get it. You know I had to. So, I’m here to tell you that game night has come and gone and that the Minions Invaded Our Game Night…And We LOVED It. 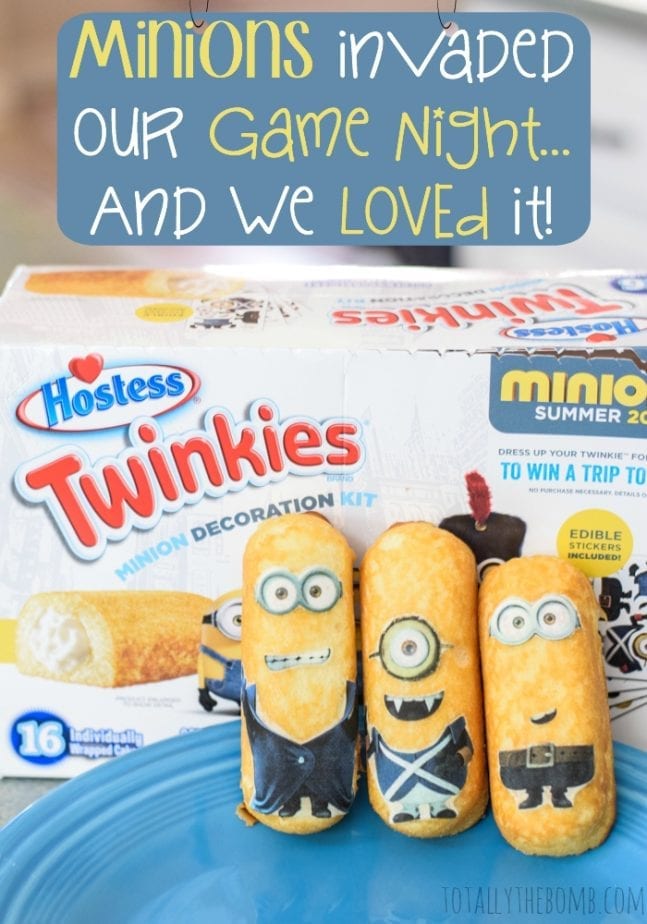 So the night started exactly like any other game night, right? We had dinner, spent some time talking about our day, and everyone knew we were playing games so we talked about that. Once all the dishes were done, everything put away, my husband brought out the game box and suggested, “Why don’t I run to the store for ice cream before we start?”

Ah ha ha, no. That’s when I sprung my Minion invasion surprise. “Actually,” I said. “We’ve got Twinkies!”

They’re all about Twinkies, so I had them, but I threw in a twist. “What we’re going to do is keep score by decorating the Twinkies.” 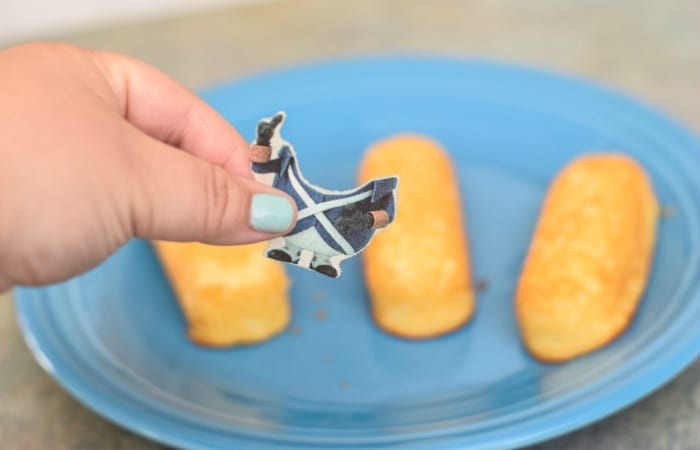 The way we did it was every time someone won a round, they got to add a body part to their Minion Twinkie. The first person to have a fully decorated Minion won. This kit is awesome, all the stickers are totally edible so even when someone lost, they really won. LOL!

Oh. My. Gosh! It was as if I’d offered a golden ticket. I don’t think my family has ever played so hard to win a prize before in their lives. It cracked me up. So yeah, second game night for us, second HUGE success. Minion Twinkies were a massive hit and I’m super excited to figure out what we’re going to do next time. 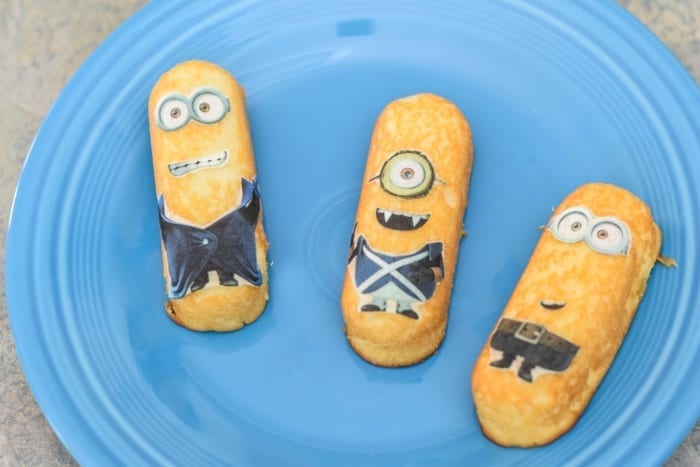 So here’s my challenge to all of you! I want you go goeth into the world, pick up your own Hostess Twinkies Minion Decoration Kit, and tweet me the picture of your creations @JamieHarrington using #TwinkieMinionSweeps

Participants are encouraged to take a picture of their Twinkie Minion in fun, silly or unique locations and upload to social media with the hashtag #TwinkieMinionSweeps to enter for a chance to win a trip to Paris.

Pictures can be taken with Twinkie dressed up like Minions with edible stickers or Minion-wrapped single serve/individual Twinkies. 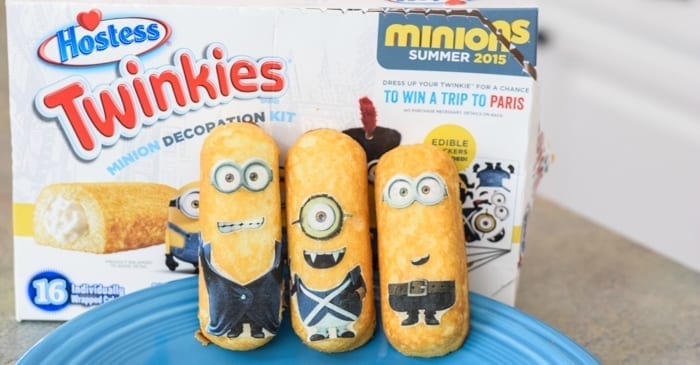 Take a Twinkie Minion Selfie for a Chance to Win a Trip to Paris!  To enter, take a pic of your Twinkie Minion and post to Twitter or Instagram with the hashtag #TwinkieMinionSweeps. To enter through Facebook, visit the Twinkie Minion Sweeps tab on the Hostess Facebook page and post your photo.

Hostess sponsored this post. The opinions and text are all mine.