I love being scared. Every fall, instead of lining up for my pumpkin-spiced whatever, I’m always the first one in line at the haunted houses. I’ve been to them all. Still, they’re fake. I get that they’re fake. I’m cool with them being fake. Horror movies? Count me in! Blood, gore, crazy possessed people chasing other people around with cleavers, I’m good with ALL of that. It’s fake. This, it appears, is not. When a camera crew decided to visit one of the most notorious haunted houses in Great Britain, they knew they’d be in for it. Only, I’m sure like me, they kind of thought it’d be fake. That is, until THIS happened! Take a look!

I’m seriously so creeped out right now. Apparently, so was the crew. The story says that some of them were so freaked out by what they saw that they refused to spend the night in the house, and instead opted to sleep in a nearby hotel. Nope. Just nope. I’m cool with fake-scary, but actual strollers being pushed down the staircase by invisible hands? Yeah, forget the hotel, I’d be on the first plane off the continent! 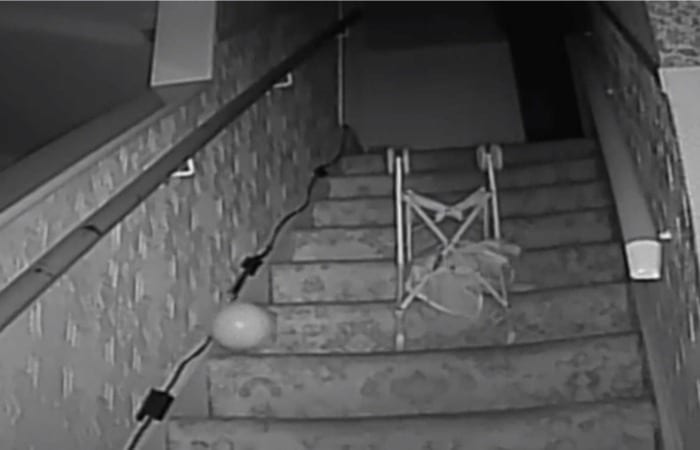