Okay, I spent the better part of last night and today watching the Gilmore Girls A Year In The Life. And, I have a lot of feelings about this. 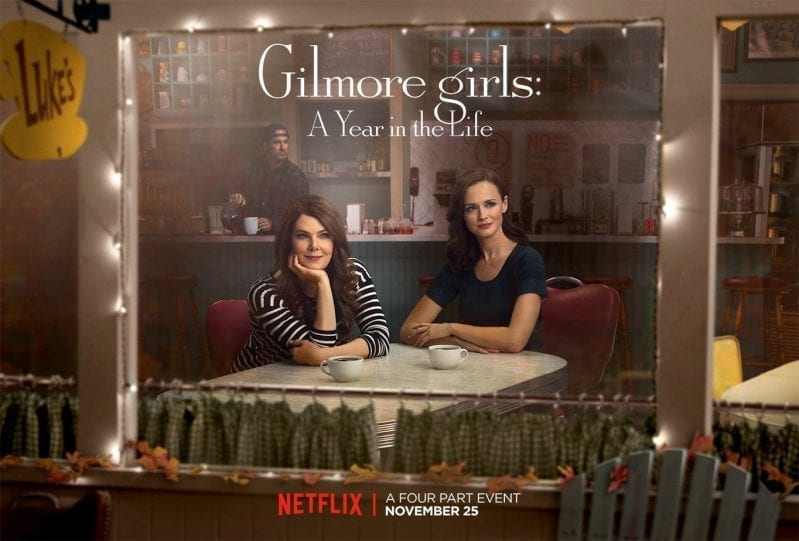 I think we should start with the most important thing. THE LAST FOUR WORDS OF THE GILMORE GILRS.

Our Gilmore girls have a very very imporant message for you. (Hint: It's about the last four words.) https://t.co/ZBgcW7Xf9U pic.twitter.com/F0734nDTDf

I am about to spoil the heck out of them, so if you haven’t watched yet, stop reading right now!

There they were, sitting in the middle of the gazeebo in town. Drinking their coffee, happy and amazing when…

OMG! It was one of this things that most of us called. Loralei spent her life trying to keep Rory from making her mistakes, and here she is single, with no job or future and pregnant. So, we have a lot of speculation here… WHO is the father, does that even matter?

But it wasn’t just about the last four words for me, it was about the show as a whole. It took a little while to get started, and the whole Emily story was rough to watch. Not becuase of the subject matter, but because it just kind of fell flat. The weird family living in her house, it was so much of her for so little pay off. Yes, we want her to be happy in the end, but it would have been nice to see Loralei be there for a little more during all of that.

I’ve always been team Logan, so that story caused me major stress, and I just don’t like the idea that Rory would be willing to be the other woman. Jess showed up and he definitely brought it, maybe even making me want to switch teams for a bit, but in the end, the Life and Death Brigade was the very best part of the whole revival. 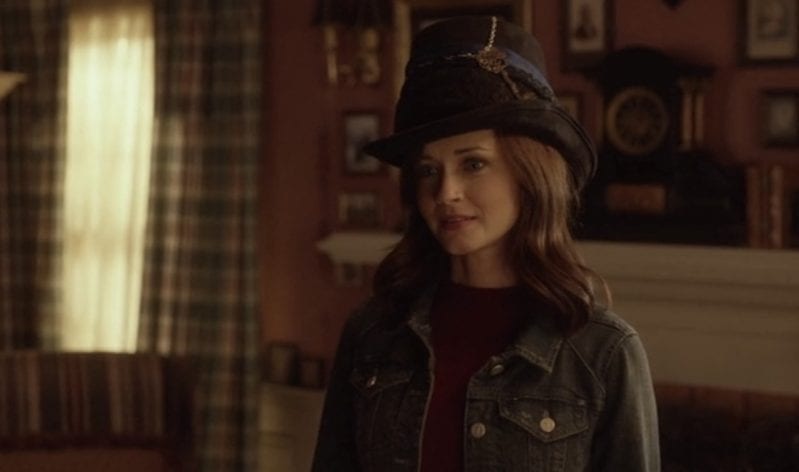 They made me laugh our loud, and I loved the thirty-somethings kids. Because it’s just so very true to life.

Paris was spot on, but I do hope she and Doyle work things out. She just sort of disappeared after the beginning, but that was always kind of the case with her character.

All in all, it was lovely, and I cried like I wanted to at all the right times. The wedding was perfection, and happy in every way. Completely fitting and right in the middle of Stars Hollow. Like it should be.

I would have liked to see Loralei married, but maybe, just maybe those last four words will bring us a whole new show. Because that is a show I would definitely watch. But only if Rory names her little girl Loralei.

We Could Be Getting A Season 2 Of 'Gilmore Girls: A Year In The Life' and I Am Ready

[…] to check out even more about Gilmore Girls: A Year In The Life? Read our review of the Netflix Event. What did you […]

I agree with you totally on everything, i love the gilmore girls i watched every episode when i was younger and then again when iwas down from a surgery and then these, i hope this means more of them also, cause i was like NO they cant end it like this lol......

Well the baby is either Logans or the Wookiee man.

When I saw the computer screen flicker I screamed the "the life and death brigade! Logan has come for her!!!" I was waiting for Rory to tell Logan that she didn't want just friends with benefits so that he wouldn't get his heart broken again (season 7), but I think he needed to read between the lines too ?. The elopement was perfect. Ohh the tears ??? I do hope there is more