The Season Finale Of ‘The Handmaid’s Tale’ Was So Good, But Can Someone Please Explain The Ending To Me?

I have followed The Handmaid’s Tale from the very first episode, and there has never been a single episode that I didn’t think was absolute perfection.

Even the episodes that some fans deemed as “slow” were so good and really advanced the story line in the most satisfying way.

I’m going to tell you right now, there will be spoilers ahead.

If you didn’t watch the season 4 finale of The Handmaid’s Tale, PAUSE your reading, turn on Hulu immediately, and watch the finale!

We have put up with FOUR SEASONS of watching that lying, raping, smug bastard — Commander Fred Waterford — scoot through Gilead unscathed.

We even watched as he was put up in a posh “jail” in Canada, while awaiting to be ultimately exonerated of all his crimes — they were going to let him walk free!

But that all came to a satisfying — albeit bloody and intense — end during this week’s finale.

Once again, if you haven’t watched the finale, turn back now!!

June was able to get her revenge against Fred in the most perfect way — and she even enlisted the help of Commander Lawrence and Nick.

I KNEW Lawrence couldn’t end up being all bad in the end!!

He is so straight-faced and subtly sarcastic, and I was totally worried that he had 100% gone to the dark side.

I’m still not sure he hasn’t gone maybe 99% to the wrong team — but at least he was part of the super satisfying end to Fred.

And Nick is a confusing enigma, isn’t he?

He loves June — obvi — and would do anything for her, but he is now part of that society that June loathes so much.

As a married commander, he is aiding and abetting the rapes and imprisonment of handmaids that June is fighting so hard against.

But, let’s talk about the last scene of the show for a minute — I’m so confused.

June could have gotten away with the little Fred fiasco clean and clear — all she had to do was walk in the house, wash off all the blood, and go on with her life.

But instead, she walked into Nichole’s nursery, picked her up — with those dirty bloody hands — and cuddled her.

I mean, she obviously knew what she was doing.

When Luke walked into the room, she didn’t even flinch.

Luke was clearly disturbed by the bloody scene, but all June said was, “I know. Just give me five minutes with her, then I’ll go.”

I don’t think Luke was telling her to leave — I mean, I know this would have added a level of drama between her and Luke, but he knows everything she has been through.

They could have worked it out, right?

Where is she planning on going? She still has so much to fight against — Serena, getting Hannah back, Gilead and all it stands for.

She isn’t going BACK, is she?

Okay, so, yes. The strong June of Gilead seems to be back, but is she going to seek out the resistance and start fighting?

I’m so confused. What does it all mean?

Maybe she saw that Canada only has their best interest in mind, and doesn’t give a crap what happens to her and the other refugees from Gilead.

But, that’s not quite true, because they did get 20-something ladies out of Gilead in exchange for Fred — and he wouldn’t have fared well in Gilead after he sang like a bird.

Did anyone else think that they should have included Hannah in that exchange?!?

Ugh — someone explain it to me, because I’m so confused! 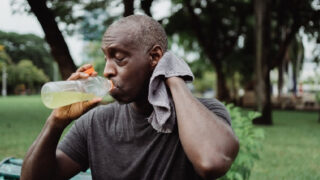 Previous
Too Hot? 'Cooling Centers' Are The Place You Want To Be Right Now 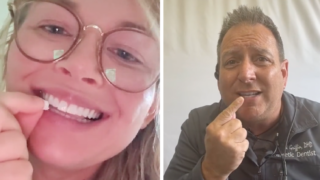 Next
People Are Whitening Their Teeth With A Magic Eraser. Here's What A Dentist Had To Say.
Click here to cancel reply.