The other night on I was telling a story on Facebook Live about the time a grasshopper tried to kill me. It sounds over-exaggerated, I know, but I’m going to tell you the story, and I’m pretty sure that by the end of it you will see why I have developed an irrational fear of grasshoppers. 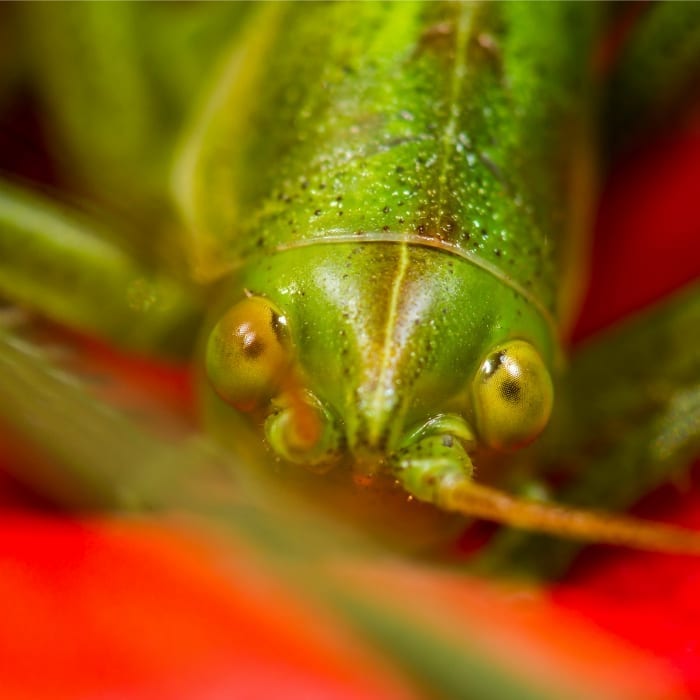 Okay, not really. It was 80 degrees and beautiful outside; which is really how I came to be in the cross hairs of the grasshopper to begin with. We live in Florida. The bugs here are the size of birds everywhere else in the world. In fact, I’m pretty sure all creatures that have exoskeletons are required to have gym memberships and a steady regimen of steroid use to live in the state of Florida.

That is, we lingered until a grasshopper flew three inches in front of my face and landed somewhere on the back porch. I immediately NOPED out of the situation, and started heading towards the door back to the house. When the bugs come out- I go in. I am in the middle of telling the man of the house (who was teasing me about running away from a grasshopper), to shut his pie hole when I feel a THUNK on the back of my head.

There was a lot of squealing, expletives, and jumping around on my part. Now, this is not a normal little green grosshopper. This is a big momma grasshopper. The black and yellow kind. This think could be clear across the room and then jump into your face quicker than you can blink an eye. It looked like a miniature prehistoric monster. It was legitimately five inches long. Five inches of pure grasshoppery terror. 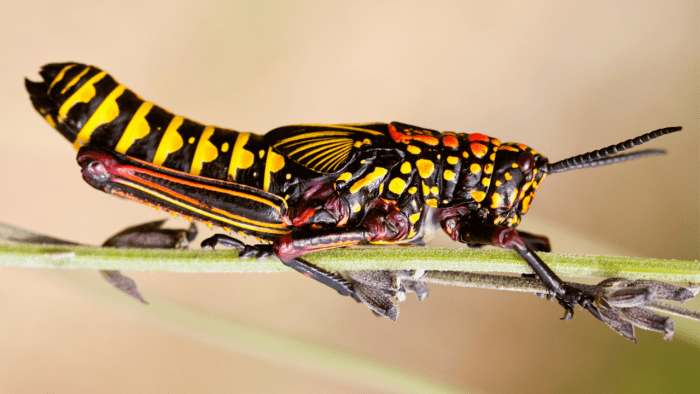 I opened the door and ran inside the house, screaming all the way. Of course, “Mr. I’m-not-afraid-of-bugs” is sitting there laughing his head off. The jerk.

I slam the door shut, and hear another papery sounding thunk somewhere in the kitchen. I start wheeling around in a crazed sort of way, trying to see if it followed me in when my boyfriend comes in behind me.

“It got in the house! I think I messed myself.”

So after a quick change of undies and an hour of calming down, we decide to call it a night. I definitely dreamt about a grasshopper landing on my head. It felt so real, I literally woke up and starting swiping my hair. After the laughter on the other side of the bed died down, I went back to sleep.

The next day I went out shopping with my family. After they dropped me off at home, I put the baby down for his nap and went into the kitchen to make lunch. I’m standing there making a sandwich when I hear a tell tale THUNK.

I slowly raise my eyes from my sandwich. My life is in slow motion. If this were a movie about my life- the camera would slowly pan from his creepy legs to his yellow eyes, all while intense music played in the background.

There on the counter, directly across from me is that damned grasshopper. Looking at me as if to say

I hit the deck like a sack of potatoes, army crawled to the backdoor, beelined it to the bedroom door (attached to the porch), let myself in, and locked the door behind me.

First, I called  the person who is really responsible for this.

“You know that grasshopper that you totally saw fly away last night? Yeah. He just tried to take me out in the kitchen.”

“I don’t have time for this. It’s just a grasshopper. You’re on your own”

So I text my sister.

“Remember how I told you about that grasshopper that tried to kill me last night? It’s in the kitchen. Please come back and kill it with fire.”

“We just got home”

“I’m locked in the bedroom with Rowan. I swear it looked at me like I was dinner. Bring flame throwers.” 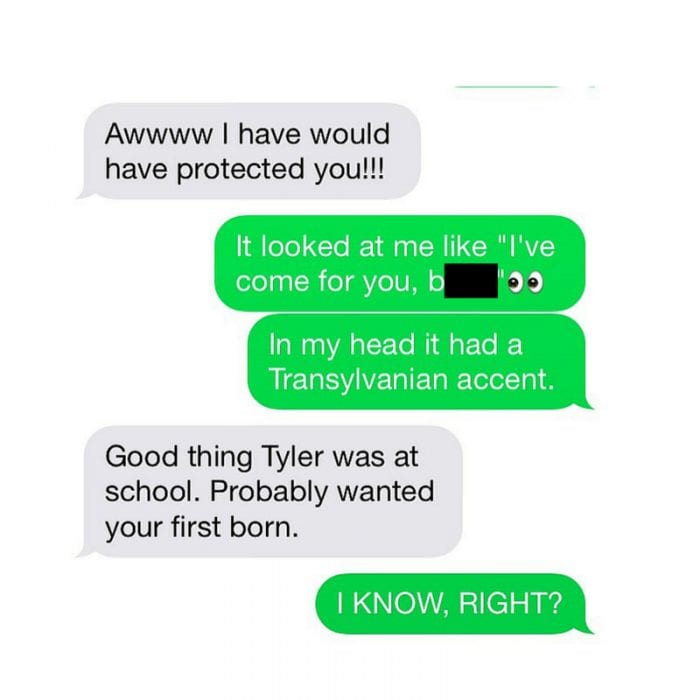 I wait for them to arrive. I can literally hear this thing making itself a cup of coffee in the kitchen. My sister sends me a photo of herself with a tennis racquet. This girl knows whats up.

Long story short, they arrive and finally get the grasshopper out alive, but it still wont leave. Instead of flying off to it’s grasshopper weightlifting class, it just stares at me through the glass door.

Meanwhile I’m staring right back at it, sticking my tongue out at it and screaming “Now what?! What are you gonna do now??!!”

I am obviously a very mature person.

I carried on with my little dance until something horrifying occurred to me:

That grasshopper landing on my head last night was definitely not a dream….