I love a lot of television, but there isn’t hardly any television I love more than the Avatar: The Last Airbender cartoon. We’ve seen it SO many times in my house, and I still get chills every time I hear Katara say “I believe that Aang can save the world.” 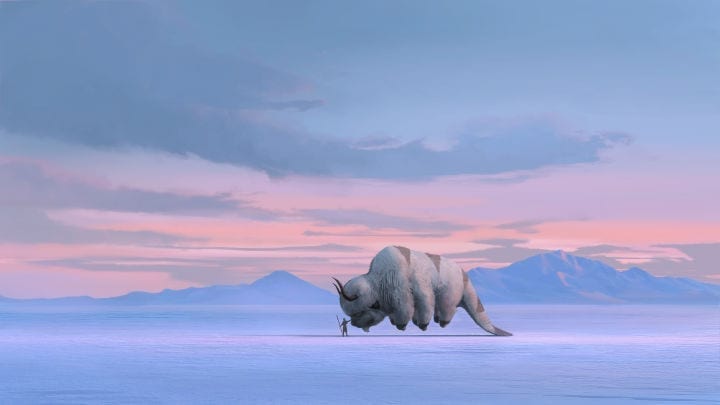 When the live-action movie came out, we flocked STRAIGHT to the movie theater and sat through what was possibly the worst movie in the history of movies. The characters were not only white-washed, flat and boring, but they didn’t even say their NAMES right. And, this isn’t like it was some book-to-movie mispronunciation business. It was CARTOON TO MOVIE. THEY SAID THEIR NAMES RIGHT THERE IN THE FREAKiN CARTOON!

And since then, we Avatar fans have all put that awful poopshow of a movie out of our minds and just remained happy with the cartoon version. UNTIL TODAY PEOPLE. BECAUSE THERE IS A NEW LIVE ACTION VERSION OF THE SERIES COMING OUT AND THE ORIGINAL DIRECTORS ARE INVOLVED!

The thing, is, they hated the movie as much as we all did. They won’t let this one get screwed up. In fact, here’s what Konietzko and DiMartino had to say, “We’re thrilled for the opportunity to helm this live-action adaptation of Avatar: The Last Airbender. We can’t wait to realize Aang’s world as cinematically as we always imagined it to be, and with a culturally appropriate, non-whitewashed cast. It’s a once-in-a-lifetime chance to build upon everyone’s great work on the original animated series and go even deeper into the characters, story, action, and world-building. Netflix is wholly dedicated to manifesting our vision for this retelling, and we’re incredibly grateful to be partnering with them.”

Netflix is bringing us this magic by partnering with Nickelodeon. Melissa Cobb, vice-president of Kids & Family Content at Netflix said, “We are committed to honoring Bryan and Mike’s vision for this retelling and are thrilled to support them on creating a live-action event series, bringing Aang’s epic world of elemental magic to life for global audiences on Netflix.”

And that’s when the fire nation attacked.

Hey, thank you very much for the great share buddy. https://aostvapk.fun/

There are recordings from your youth most loved kid's shows to the recently discharged films will find out about MediaBox HD in the wake of taking a gander at the highlights recorded beneath.

If it's not too much trouble note that you can introduce Dream TV on Android Box and Smart TV also.

Titanium TV APK includes all the prominent TV channels from all over the globe. Along these lines, you simply need to download one single application for all your TV needs.

Avatar: The Last Airbender, this is my favorite one as well. I watched all the episodes. Even if I miss any episode, I have mediabox hd app to watch them for free.