I’ve been called a lot of things since my now husband and I chose to elope mid-May, and I have no regrets.

Most girls have visions of the princess wedding, the dress, a cake, the family and friends, their prince charming. Heck, when I went to seminary it was common for girls to already have a binder of all the wedding accouterments they wanted for their Big Day. All they needed was the husband.

That has never been me. 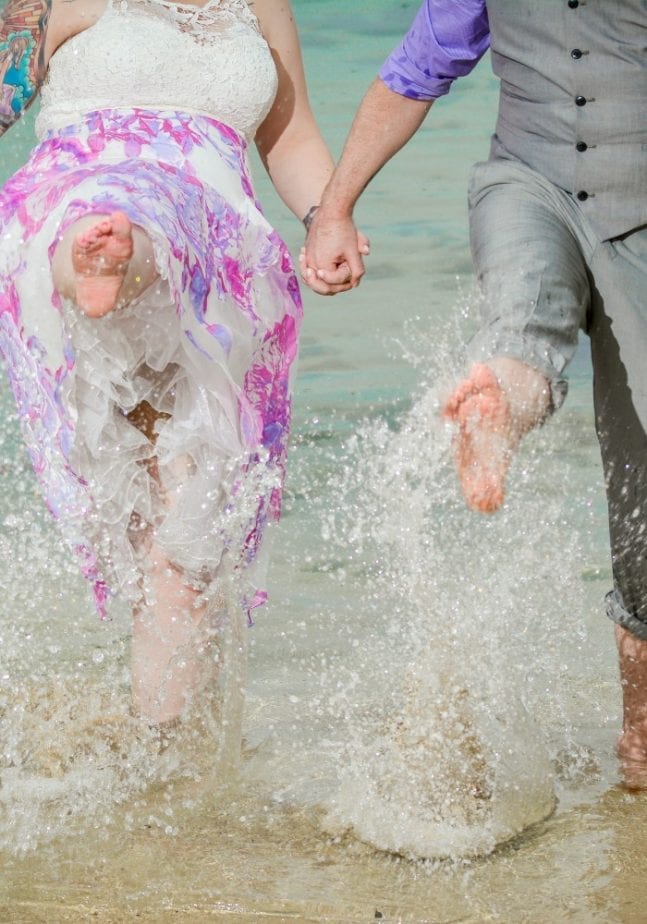 We Chose To Elope And Regret Nothing

I remember being in high school and turning my nose up at the idea of dating. I didn’t have a whole lot of interest in ever getting married. Fast forward to adult life. I dated off and on, rarely something serious until I met my now husband. I joke with him that I knew after about a week he was it for me. That if we lasted for a period of time dating, we would spend the rest of our lives together.

Four years, a dozen cats and one house later, we decided to take the next step to make things official across the board, and I promptly asked him to elope. 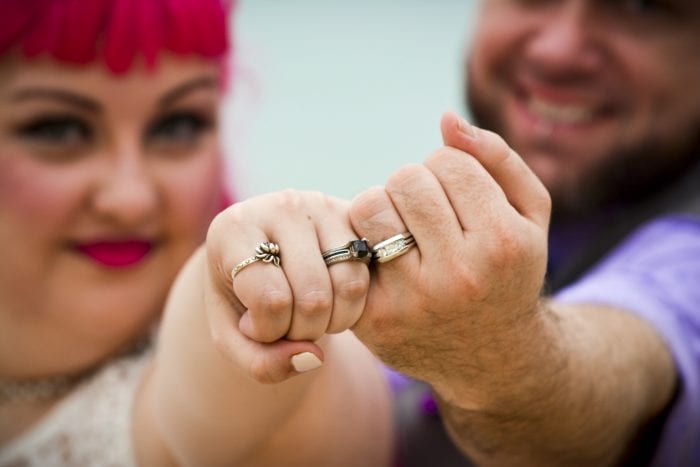 There were a handful of reasons for this:

I see little to no reason to prolong the wedding once we decide to get married. I’m an all in, do it right now, sort of girl. Long engagements mean longer time for things to simmer, problems to crop up, and I wanted none of that.

I’m self-employed. I write romance books as Sidney Bristol for a living. It’s a hard year for the publishing world, and the idea of planning and executing a wedding. Given what’s going on with the ACA, chances are high I’ll need new options for insurance come next year.

Here’s a big thing about my husband and I: we’re both extroverts. We’re hams. Give us a group of people and we both want to be the center of attention. If we did a wedding, we’d do it big. We’d blow our budget. It would become more about the production and less about us. 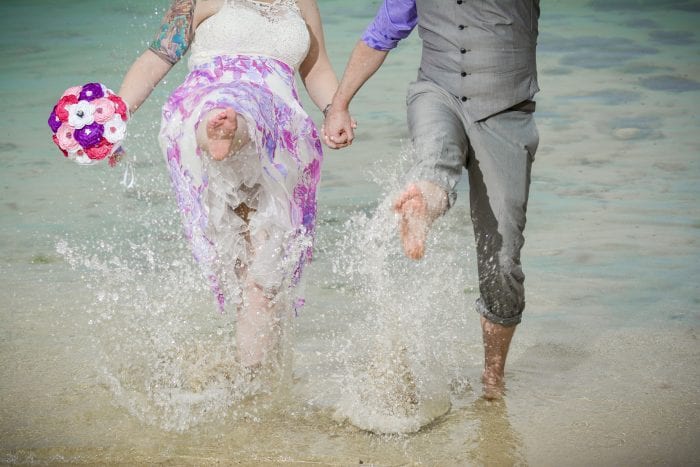 I love the idea of going away and doing something that is 100% all about us. Making new memories. Doing something new. Special. A dream wedding in America would cost us gobs of money, so we opted to elope to a tropical paradise and do a pared down ceremony of just us.

I know people wanted to share in this special moment with us. That there are many who are disappointed they didn’t get to be part of the ceremony, but this wedding was about us. The two people who will be teamed up together for life. And that’s why I wouldn’t have it any other way.

You are all sorts of awesome, honey. Hugs and happy long marriage to you!

I think what you choose to do is totally the first decision you make as a husband and wife team and no one else. Love your dress!! It's fantastic. Did he officially take your last name or is that just a FB thing? None of my business really just curious. Glad you are happy hope your family understands.