Now, let me start by saying that I am an extremely clumsy person and even if there is nothing in my way, I will find a way to trip over my own two feet. With that being said, the day we got a working dryer, I somehow found a way to shatter the glass to our washer door. Yes, I said shatter. I grabbed a leash and jerked it back, sending the hook flying into the door, breaking it into a million pieces. I stood there in shock, with my mouth hanging open, as I looked over the damage I had caused. Immediately after, I became furious at myself for breaking it because we had just replaced our broken dryer earlier that day. I had just ruined our ability to do laundry while we lay on the couch and watch television. Plus, we had to go to a laundromat. For the first time. In years. 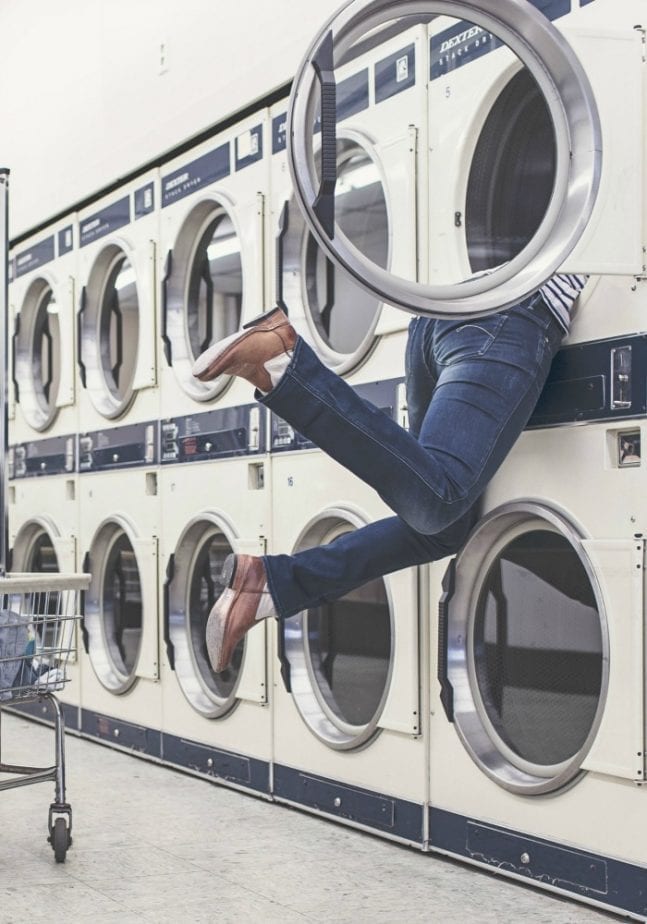 After you haven’t used a laundromat in years, it comes as a shock when you need to depend on it once again. Imagine if hell had the constant sound of whirring, buzzing, and screaming children. I kid you not, one of the windows had a bullet hole in it. Everyone there had these vacant expressions like they maybe had souls when they walked in, but lost them while they waited on their laundry to finish. There was a baby drinking orange soda right out of a baby bottle, unattended in its carseat on the floor, while mom and dad smoked outside.

So, because I broke our damn washer on a weekend I couldn’t go to the bank to get a roll of quarters; I was forced to go back and forth to the change machine instead. As I imagined being at home in my quiet house, one of the kids running recklessly through the laundromat slammed into me! The kid barely blinked after running into me and there was no telling who his parents were, either. He simply went about playing tag with his friends, running into people or laundromat carts with no cares in the world. I looked around to see if I could spot his parents, hoping I would get to unleash my fury on them and not some little kid (I didn’t find them). 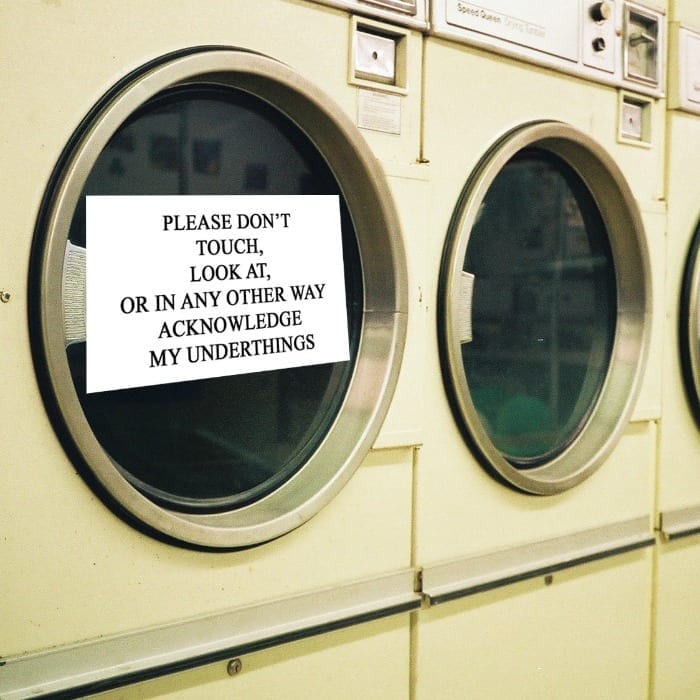 I have to admit that it felt good to have a house full of clean laundry in a couple of hours, but the cost just about outweighed the good. My husband and I felt so exhausted afterwards, like we just got done working out or something, and of course we fell asleep without putting the laundry away. Sometime the next day, I mean later that afternoon, we got a burst of energy and actually “finished doing the laundry.” I don’t have enough energy to return to the war zone called laundromat, so I need to fix our washer ASAP. I went to reliable Google, typed in my washer information, and found a perfect replacement for our washer door!

I don’t look at this as giving up, but more as solving the original problem, which is the broken washer door. Yeah, I spent more money than I expected to, but it came in two days and we had a working washer again. I can now binge Netflix and lay on my couch with my dogs instead of listening to the symphony of annoying sounds that comes along with being in public. I don’t have to rub elbows with kids whose parents let them run rampant wherever they go. I can put a load in, watch an episode of 2 Broke Girls, go switch the clothes, and sit my lazy butt back down.

Lesson of this story is: don’t break your washer because then you will have to live with the horrible consequences that come along with it. (When I say consequences I mean airing your dirty laundry for all the world to see!)