Today, as my son shoved an entire stick of string cheese in his mouth and subsequently decided to pull it out in wet, half-chewed chunks and hand them to me, I realized that, much like going to college or getting a new job teaches you important life skills, so does being a parent. So I’ve compiled a short list of the most important skills I’ve learned since becoming a mom so that you too may become a Sage of Parenthood as I have, but without the gooey bits of cheese sticking to your hands. Enjoy! 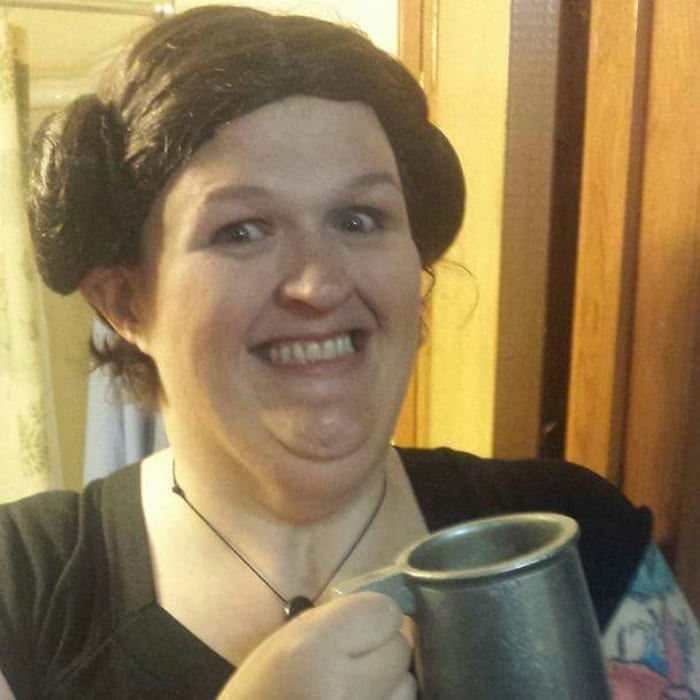 11 Things I Have Learned as a Parent

1. How to do a thousand two-handed tasks with one hand.

You are now able to cook, clean, eat, type, text, and drive with only the use of one of your hands. Skill point: learning to write with your non-dominant hand and have it be legible.

2. You can make cottage cheese with just a bottle, some milk, and the space under the crib.

It doesn’t matter if it’s been there three minutes or three days. The bottle-milk-undercrib trifecta is magical in its production of stinky, lumpy milk grossness. There’s a frigging Cottage Cheese Fairy living under there or something.

Nothing is as awesome to my son as that unattended knife that I left one quarter of an inch too close to the edge of the counter. I just hope to God he never gets into my bedside table. He wouldn’t hurt himself, but he’d certainly be scarred for life. 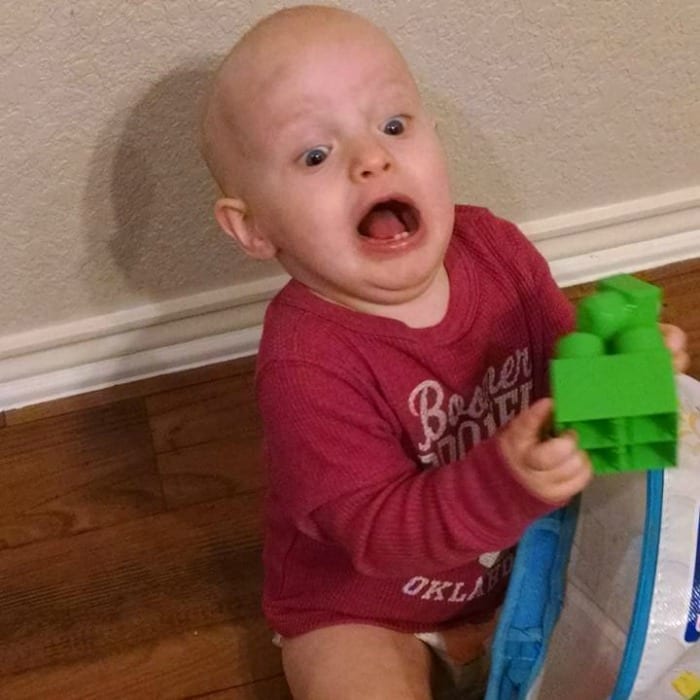 4. Commenting that your own child is  advanced for his/her age is a sin which will anger the gods and cause your child to enter the Terrible Twos early.

I believe it is carved on a wall in an ancient Mayan temple next to that “end of days” calendar. I’m starting to believe that calendar was actually an overtired mom’s prediction of when her kids would finally move out.

5. A child will always find the cottage cheese bottle while you’re in the bathroom trying to poop.

There’s something about a parent’s pooping that tells their children to immediately search for the nearest object with which they might injure themselves or make themselves sick. I think the Cottage Cheese Fairy must issue an  ‘urgent action required’ memo as soon as your cheeks hit that seat.

6. A child will first try to eat something, and then try to sit on it.

If it ain’t food, it’s butt property. Apparently, children test things out with their extremities. Luckily “butt property” means something entirely different to the underage crowd.

7. Just because your child entered the Terrible Twos early does not mean they will leave them early.

The Curse of the Real Housewives of Ancient Maya says so. You better get to your nearest witch doctor or Barnes and Noble ASAP.

8. The hardest part about discipline is trying not to laugh when your child breaks the rules.

Because it’s a tiny bit amusing watching your kid inch-worming their way across the floor, screaming, because the fit they’re throwing won’t allow their legs to work. 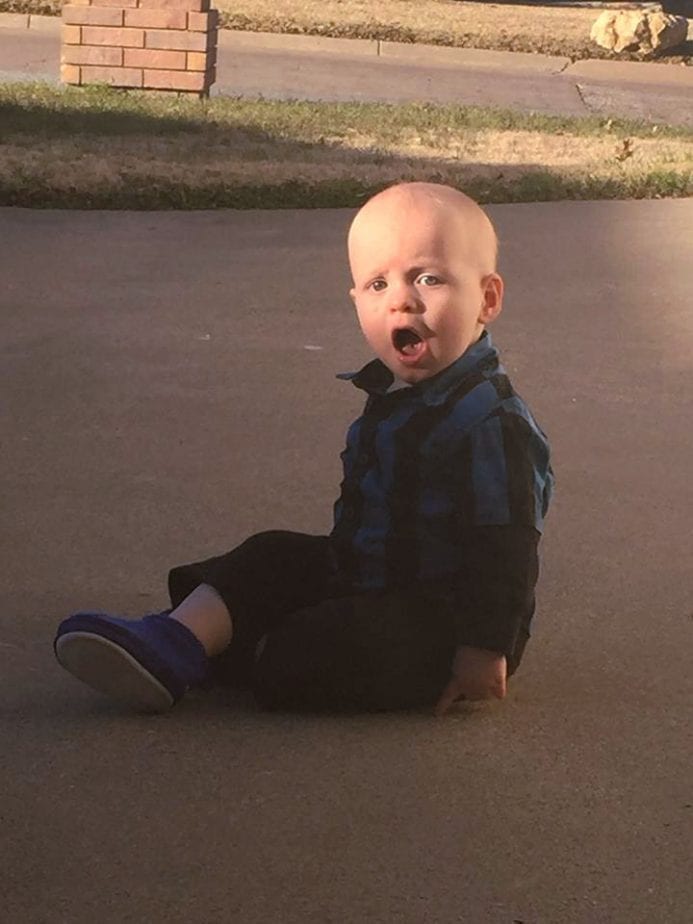 This is from when we wouldn’t let him eat the plants.

9. Sidewalk chalk is not poisonous.

I checked. By which I mean, I handed a piece of chalk to my son, he took a huge bite out of it, and then I called the Poison Control hotline.

10. Sidewalk chalk (and any other inedible thing) is preferable to your organic, healthy cooking.

My son’s favorite dishes are Stuff That Survived Mom’s Recent Floor Cleaning and soap. The Baby Bullet didn’t make it past month 4.

11. “Alone time” now consists of barricading yourself in the bathroom.

Accompanied by a bottle of vodka and scream-crying, this is a completely normal way to spend your alone time now that you’ve got kids.

What have you learned as a parent? Comment below to share what things you now know that make you The World’s Okayest Parent!

I've realised that no matter what room I enter weather it is the toilet or the laundry the kids think it's hilarious to follow me. My 1 year old stares, my 2 year old is concerned and my 6 year old wants to know if he can help ? A lot of the time I just want space but I have also realised this is impossible.

What I don't understand is why the bathroom is the best room in the house. I can ask my 6 yr if she needs to potty and get a firm no. As soon as I sit down, she is in my face doing the potty dance telling me to move its her turn and she has to go right nnnnnooooooowwwwwwww! Come back 20 mins later and she is still on the potty playing on her iPad.

What a great article! It's all true!!! I love it. I'm so proud to call you my friend.