We all have those things that we accumulate that we will use some day. Sure it’s been in the back of the closet for 5 years, but you will definitely repair it one day even though you’ve already bought a new one and haven’t thought of the old one in forever.

But please, take it from the child of a hoarder. You won’t fix it. You won’t use it. Save yourself and unburden your life of the top three things you will never EVER use again. 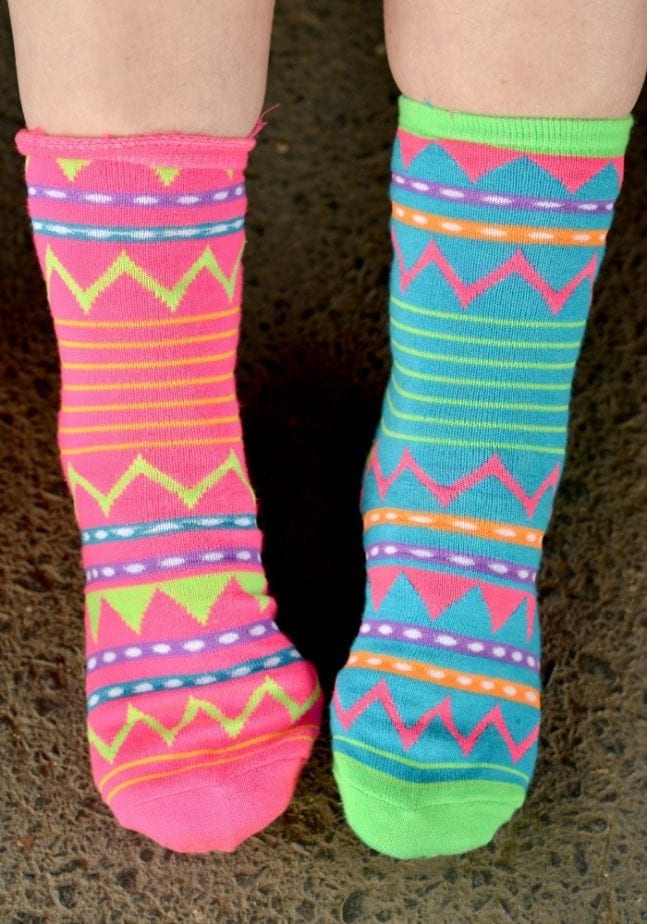 3 Things You Should Throw Away NOW!

I don’t know what kind of sadistic bastard decided that there should be more than one kind of white sock, but they should die in a fire. I’m not talking about the difference between your standard crew sock and the little ankle socks. That makes sense. But some have a grey toe, and some not. Some of the ribbing is thicker than others, or the band at the top is thinner.

A reasonable person might think that I just need to buy the same brand. I DO! But they keep changing the design under the guise of innovation. It’s a lie It’s just so your sock won’t match.

So I hereby give you permission to open the box or drawer where you keep your unmatched socks, scoop them up, and THROW THEM AWAY. You will NEVER match all those socks. It is IMPOSSIBLE. The sock companies and the dryer gnomes have conspired to forever burden you with at least a dozen unmatched socks that you will never be able to find satisfactory mates.

Just throw them away. Or make sock puppets. I don’t care. Buy 20 pairs of the same socks and after a year, throw those away, too. Because SOMEHOW after purging your home of all the old socks, you will still end up with a pile of unmatched socks. Sorcerers run the sock companies and we as a nation need to rise up and demand that they use their abilities for something good like making flip-flops warm enough to wear in winter.

All the Unused Beauty Crap Under Your Sink

I’m not talking about the stuff you use every day and might keep on the counter or in a cute basket. That stuff is fine. But every time I open the doors, by bathroom cabinets practically vomits forth unused soaps, lotions, and other beauty notions. I keep them, thinking that one day I will use them. I probably bought them on a whim, not because I was actually out of lotion or it was on sale.

But I will NEVER use them. Ever. Because I don’t think about them. Or they smell weird. I don’t know. I just know that I have a HUGE basket full of half bottles of facial cleaner that I’m mildly allergic to when Mercury is in retrograde,  ⅔ empty travel shampoos, and sugar scrubs that have just the tiniest teaspoonfuls worth of product caked to the bottom. Why do I still have them?

And don’t lie to me. You have that same basket. Everyone does. It may be larger or smaller than mine, but we all keep beauty junk way longer than we need.

Oh, it’s your favorite nail polish that they stopped making in 1998 and you know that some day in the future you will figure out a way to resurrect it? Look, I’ve got bad news for you. If they haven’t figured out how to bring back Walt Disney or Steve Jobs, NO ONE is working on saving your nail polish. 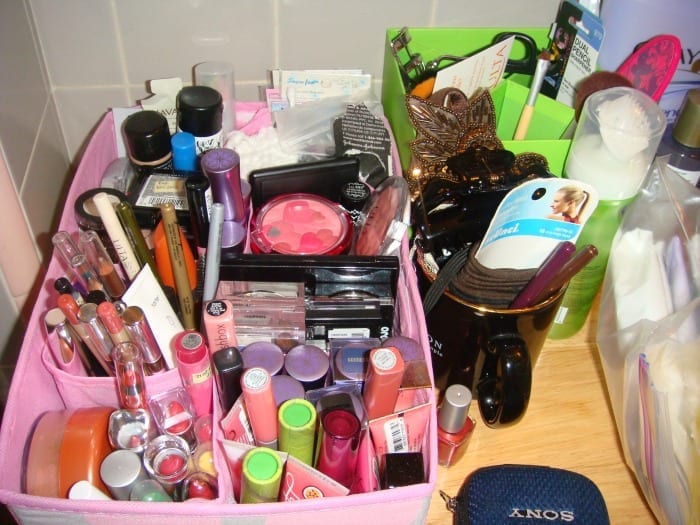 Those Pants You Will Never Fix

I wish there was a vendor like they have in most video games, where you can just sell all your unwanted crap for 10% of its original value. We would all be better off being able to purge all of our old, busted stuff, for a few bucks. But we don’t live in that world. And you are not going to fix that pile of blue jeans or shirts that you have accumulated. In my experience, if I don’t repair the broken item of clothing within 2 weeks, it ain’t gonna happen. But I sure will drag all of those holey jeans around with me from apartment to apartment. Because even though I got probably 2 good years out of them, at one time they were $60.

And I’m not talking about cute, trendy holes, no. I don’t want to walk around with an inner thigh blowout. Sure, I’ve bought the patches. But I’ve never used them. Because I guess at the end of the day, I’m lazy. Yeah, I own a sewing machine and I have been gifted the ability to be able to sew back on buttons. But I don’t. Because I never think about grabbing my darning basket (which doesn’t exist) and hunkering down in front of the fire to tend my mending. You don’t either. And don’t try to donate that crap. No one wants to shell out $5 for your busted out pants just to bring them home to fix themselves. They won’t ever make the sales floor of the Goodwill, anyway. They will be put in the discard bin, shipped to the warehouse, and baled up with all the other busted clothes people donate to be shipped off to a third world country who, incidentally, also doesn’t want them because we didn’t bother to separate our lights from our colors.
Cut out the middleman, and in the immortal words of that old lady from Mystery Men, “JUNK IT!”.

Does it matter if you wear mismatched socks?

I’m so guilty of holding on to all the beauty crap. I really should be ashamed of myself. I think mix-matched socks can be cute but I get what you’re saying.