October is here, and with the crisp weather and the promise of Halloween on the wind comes the traditional horror movie marathons. We watch in giddy anticipation of the hapless hero stumbling upon a murder in progress. Then we yell at the screen when they idiotically run upstairs instead of outside to the already running car.

You enjoy these moments of terror because they get your heart pumping. But deep down inside you believe that you are safe from nightmare knife monsters, and demonic books.

Statistically, you are right. There have been no reported Freddy Kruger sightings since the 90’s and all the demonically possessed necronomicons lurking in our libraries have been stolen by the goth kids and cut up to make emo collages.

But you don’t need movies to get your horror fix. Reality can be all too terrifying. It may not be as glamorous, but in some senses the following scenarios are all the more frightening because they are real. And they can happen to you. 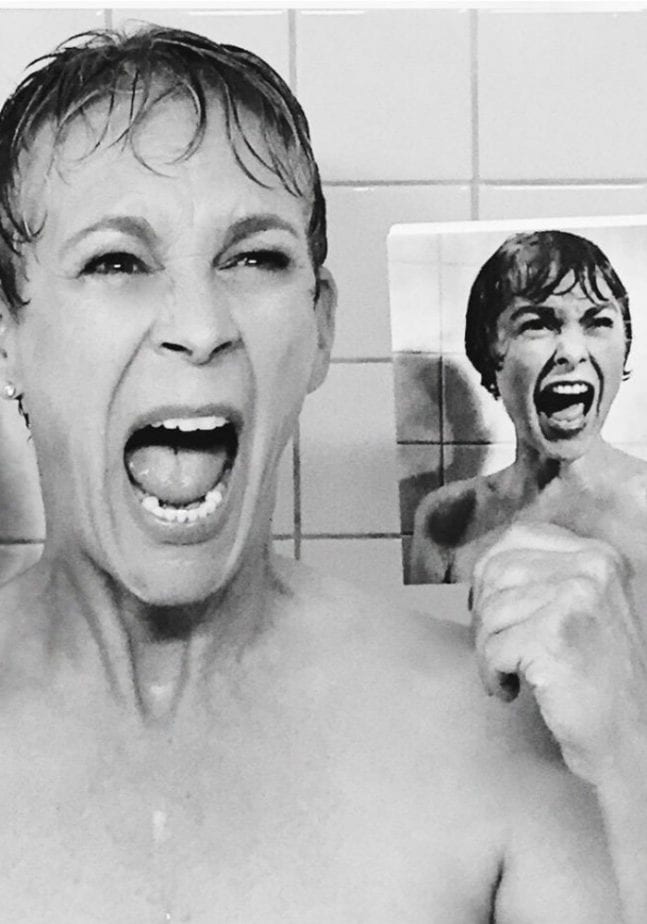 3 Everyday Horrors That Will Never Get Their Own Movie

The Thing that Lurks in the Stall

Your steps echo in the cold tile of the public restroom. There is just enough time before the movie starts. You want to enjoy your large Coke without fear of the mid-movie race to the bathroom when you inevitably miss the best joke of the movie. You walk past the first several doors. Those never have toilet paper. You select your stall. But before the door clangs against the wall you know you’ve made a terrible mistake.

Before you is the grizzly scene of a murder…the death of a toilet’s dignity.

Your brain tries to make sense of the brown and green chaos. “That couldn’t have all come out of one person,” you think. “How did it get all the way up on the wall like that? Did they poop and then drop a cherry bomb into it? Why is it dribbling down the front of the toilet like that? Did the commode choke on all that corn and try to vomit it back out? And is that…a signature smeared in feces?”

You see all of this in an instant. Spine rigid with horror, you turn and leave without a word. You’ll hold it. Every other stall is guilty by association.You exit the bathroom a different person. You can never unsee….

The Abandoned Lunch from the Black Lagoon

You’ve got a tight deadline at work. The boss is on your butt about getting the presentation finished before the end of the day. The threat to your job was never said aloud, but it was there all the same. You bury yourself in your work only to come up for air in an empty office. You glance at your watch. It’s noon. Your co-workers have already escaped to their precious thirty minutes of freedom. Oh, how you envy them. YOU have to work through lunch. Unfortunately, you didn’t bring one. Stomach rumbling, you chance a quick dash to the break room. Maybe there are some unclaimed leftovers from a lunch meeting. The fridge door swings open, bathing the grey linoleum floors with a soft light. You shift through the labeled bags until a familiar blue lidded something lurking in the back catches your eye. Surprised, you realize that It’s your container. But when was the last time you brought your lunch? Was it the chili from last weekend? No…you’d finished that off on Monday.

Tentatively you pick it up. The cold container is heavy. There is definitely something inside. What the hell could it be? A tiny voice in your head wants you to stop. But you can’t. Your hunger has become a real, writhing thing. You peel back the lid slowly.

Thick brown sludge has settled on the bottom. A bit of water sloshes around on the top, running through the peaks and valleys of nondescript vegetable lumps. But it’s not fuzzy.

Now comes the real test. You haven’t been breathing through your nose, because you were already afraid. Slowly, you raise the container. Everything in you screams to stop. Just steal some of Marge’s crackers. But you’ve already sniffed. As your brain processes the sour stink of fetid mystery meat you remember: Christmas Stew. These were the remains of your mother’s famous Christmas stew. And it’s October.

The Bloody Hand Prints on the Wall

After a battle so epic, the written account of it would rival that of the Odyssey, your toddler is finally down for a nap. Exhausted yourself, you opt to collapse onto the couch and greedily soak up the all too rare silence. Despite the never-ending list of crap you need to do before the rugrat wakes up demanding macaroni and cheese for the fourth time today, you let your eyes close. Just for a minute…

A crash jolts you to your feet. Through the sleep fog of the damned, you glance to the hallway. His door is open. The beast has arisen.

You race in the direction of the crash. What fresh hell awaits in the kitchen?

Red. Red is everywhere. The primal part of your brain sees the color of blood, of death and screams. Where is the baby?!

Crimson hand prints cover the kitchen cabinets in a macabre finger-painting. Tiny red hobgoblin footprints lead out the far door. The glint of glass catches your eye and your worst fears are realized; the baby IS bleeding!

The bloody footprints lead back down the hall. A single crimson hand print on your bedroom door marks your child’s final destination. With a shaking hand you push the door open.

Red smears streak the curtains, the walls, the bedclothes. Then you spot the baby, balled up on the floor. Giggling.

He smears one final streak of gory red onto the carpet and turns to you, beaming. You pick the little terror up, checking him thoroughly. He’s fine. Covered in ketchup from the broken bottle in the kitchen, but fine.

A quick bath later and your little hobgoblin is napping on the couch. Determined, you resign yourself to cleaning up the mess before a CSI crew cold calls the house. Suddenly, with horror, you remember the last words you said to your husband that morning: “Can you pick up some paper towels on your way home? We are completely out.”