Everybody lies to you when you’re a kid. Doesn’t matter if it’s “Santa Claus is coming” or “this medicine tastes good”, or even “you can be whatever you want when you grow up”. It’s all a manipulative pile of deceit. And you would think that when you grow up the lies would stop. You know Santa isn’t real. Sure, you know the medicine sucks but so does herpes. You also know that you’ll probably die stuck in middle management, probably because your boss discovered you have herpes and this is a “family company” even though tiny children in Singapore make most of their products. Man, your job sucks. But the lies don’t stop, they just keep on coming, and here are 4 Lies Not Worth Believing. 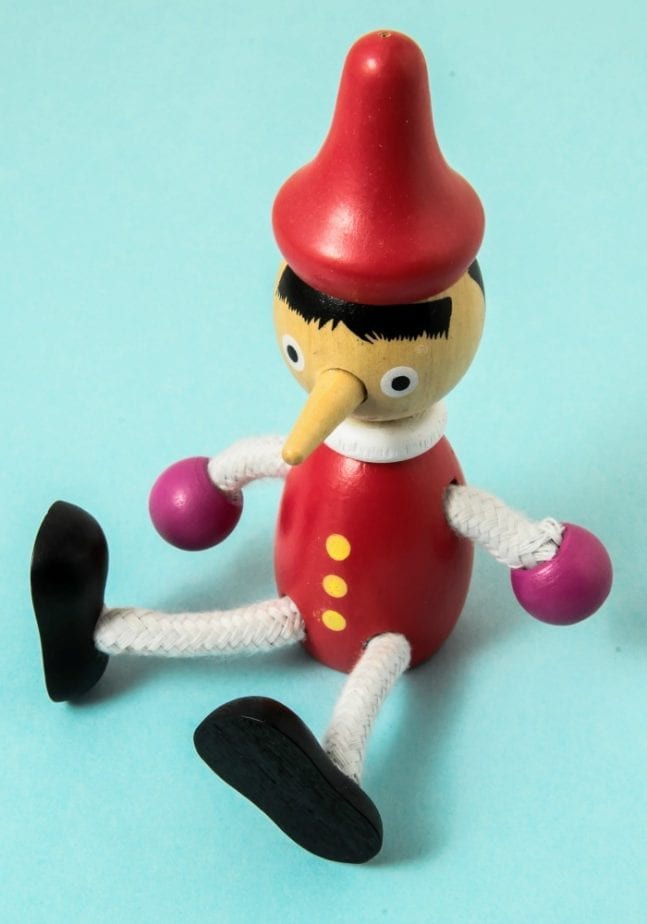 4 Lies Not Worth Believing

Lie #1: Communicate In A Relationship

What garbage! Men, I don’t have to tell you how important it is to keep your dumb mouth shut around your partner. If you’re in your thirties and still on your first marriage, you’ve already mastered this art. Ladies, don’t listen to any quack who tells you that talking will solve your problems. Words only make things worse. Chances are that the idiot on TV telling you to talk it out is probably on their fourth marriage. Just shut up. Unless your significant other is committing a crime or hurting you, if you’re mad about something, go watch 30 Rock. Nothing is so bad that 30 Rock can’t fix it. And when I’m really mad at my wife or when I know she’s really super-duper mad at me, I buy some Ben & Jerry’s. I’m still married. Communicating won’t solve your problem, ice cream will. And 30 Rock.

Lie #2: Your Kids’ School Supplies Actually Go To Your Kid

I wish I had thought of this post two months ago. I might have saved you money. Sorry, parents. But if you’ve got a kid starting kindergarten next year, you might be in for a shock when you learn the school supply lists totals up to around $40. You’ll be even more shocked when your kid comes home with $12.50 worth of dime-store brand supplies that you didn’t buy. That’s because all those top-shelf crayons and pencils you bought got thrown into a hug bucket and passed out to everyone else. Socialism at it’s finest. Somebody else got the $6 pencils you bought and your kid got stuck with a pencil made in Slavelaborstan that is probably giving them lead poison. I can’t factually confirm that, but I feel like it’s true. Your supply list might insist on the good stuff but don’t believe the lies. Your kid won’t see a single fancy-pants box of crayons, instead they’ll come home with stained fingers and stinking of your grandmothers old waxy candles because they got stuck with a box of Rose Art knockoffs, and you’ll have the feeling that the only one getting schooled is you.

Recent studies have shown that millennials are trading families for pets. That’s also why millennials are growing up to be narcissistic adult-babies who can’t cope with the really real world. See, before I had kids, I wanted to write a book. Know how far I got into writing that book? About 50 pages, or until the newest, most explosionest video game came out, and I quickly forgot all about goals and dreams. Then I had a son. I wrote two books that year. I wasn’t working at Bennigan’s anymore. I owned a home and two cars. Getting married and having children pulled me out of the back bedroom of my moms’ house. A wife and kids made me a better man. They made me grow up. What has my dog done? Ate a Cormac McCarthy book and pooped under the dinning room table. You will never teach a pet to ride a bike or drive a car. You will never watch your pet play a sport, to win a medal, to feel victory and defeat. Your cat will never run into your arms and tell you it loves you, because it’s a cat and it hates you. You’ll never sing songs at bath time. You’ll never have the privilege of worrying about how to pay for a bigger bike because your pug hit a growth spurt over the summer. Like some kind of creepy Peter Pan who works in the IT department, you will never have to grow up. But you will get to die alone. So…hurray?

Yeah, just chopsticks. The very fact that people still use these means they are lying to themselves. How? Have you ever seen people eat soup with chopsticks? They hold the bowl to their mouths and scoop the veggies or whatever in, and the broth is pooling around their mouth, and they’re making all these slurping, jugging sounds. It’s disgusting. It’s called a spoon and we all have easy access to one. They look like morons but they pretend they look so worldly. Every movie or TV show I’ve seen where people are eating Asian food, they always have chopsticks. It drives me crazy. I guarantee you there’s a fork mere feet away. I love Asian food. I could eat Chinese take-out or Thai every meal, every day of my life, but I will never use chopsticks because I choose efficiency over posturing. I don’t understand how an ancient culture that has given us such philosophy, and poetry, and giant robots fighting giant monsters will still eat a wet noodle by mashing two sticks together. You’re only fooling yourselves, people; you’re not fooling me. Chopsticks are dumb. We all know they’re dumb, that’s why we don’t use them on steaks or tacos. Have you ever seen anyone eat a bowl of oatmeal with chopsticks? Are you eating lunch with chopsticks as you read this? Of course not. So stop pretending to be hip and multicultural because your use an inferior eating tool. Nobody’s impressed.