There Has Been A Nationwide Recall On Canned Black Beans. Here’s What You Need To Know. 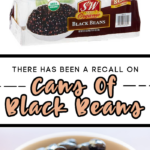 I am one of the weird ones who doesn’t like black beans.

They mess with my stomach in a big way.

But, THANK GOODNESS I don’t have a taste for them, because there has been a nationwide recall on black beans that may be tainted.

Apparently there is a problem with their seals, that keeps it from being airtight.

That means that all types of funk can grow in the cans while they are sitting on your shelves.

The cans can also leak or bloat, and that means they could make you seriously sick — have you heard of botulism?

Clostridium botulinum poisoning in humans can begin from six hours to two weeks after eating food that contains the toxin.

I’ve had food poisoning before, and it wasn’t pretty — like Exorcist level puking.

But, puking is just the tip of the iceberg when it comes to botulism poisoning.

According to the FDA, other symptoms may include “double vision, blurred vision, drooping eyelids, slurred speech, difficulty swallowing, and muscle weakness.”

That isn’t all. It can also cause paralysis in your breathing muscles, which can mean death in certain circumstances.

So, I guess the important question here is, did you purchase one of these tainted cans?

The cans WERE distributed nationwide, but you have to look at the lot numbers on the bottom of the cans.

No other codes, lot numbers, or foods from Faribault Foods, Inc. were included with the recall.

The store should give you a refund or replacement for the bad cans. 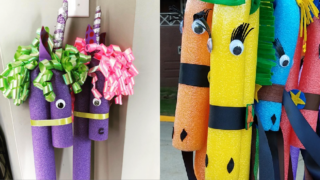 Previous
People Are Making Unicorns Out Of Pool Noodles And They're So Cute! 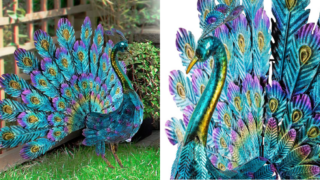 Next
Home Depot Is Selling A Colorful Metal Peacock You Can Put In Your Yard
Click here to cancel reply.