This election season has been something for the record books. What started out as a crazy, that’ll never happen idea with a reality star running for president, has turned into a terrifying look into who American’s really are. We Are a nation divided. We are a nation of people who are very passionate in our beliefs, to the point of terrifying in some cases, and while passion can be an amazing thing, it can also be the most terrifying thing brought to the table. With Clinton, we face a candidate who is so unlikable by so many that she’s not even an option. She’s been caught in lies, she’s been caught in scandal, she’s done things while in office previously that are so shady that if she stood in direct sunlight near the state of Texas, she might actually cool us down. And then there’s Trump. Blowhard, racist, bigoted, sexist, misogynistic, litigious to a fault, but somehow likable to a HUGE swath of Americans. Hillary has the experience, but Donald has the swagger. HRC has lived a life devoted to the political machine, while The Donald has lived a life devoted to business. I can see why people are conflicted…but, for a minute, can we all just take a step back and admit how AWFUL Trump is? 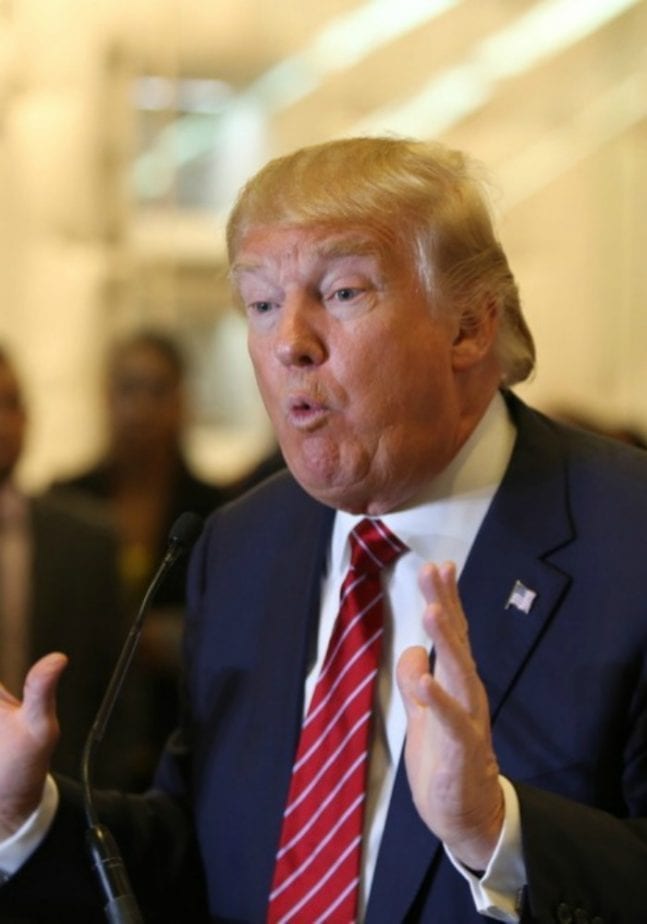 Can We Finally PLEASE Admit That Trump Is A Sexist, Scumbag Piece Of Sh*t?

A video just surfaced of Donald Trump with Billy Bush on the set of Days Of Our Lives and in it, Donald says some pretty damningly awful things. Things I would never want any man to say about any woman. Things I’m sure past presidents have probably said in the oval office. Things that shouldn’t be said…take a look…

Just think about this for a minute… your daughter’s senior class gets a chance to go to the white house and visit with President Trump. She’s beautiful, probably more flirty than she should be for her own good, and about to visit the leader of the free world.

A man whose celebrity has apparently let him get away with a lot in the past.

A man who admits he’d bang his own daughter if she wasn’t his daughter.

A man who publicly fat-shames women.

A man who admitted he was attracted to 12-year-old Paris Hilton.

A man who said he doesn’t care what people say about his wife because she’s a hot piece of ass.

A man who believes all women are gold diggers.

A man who blames sexual assault in the military on cohabitation – and not the rapists.

26,000 unreported sexual assults in the military-only 238 convictions. What did these geniuses expect when they put men & women together?

Forget his business prowess, or anything positive you have to say about him for just a minute or two and please PLEASE think about the truly ugly vitriol Donald Trump seems to have toward women.

We already live in a world where there is a tax on tampons because they are considered a luxury.

We already live in a world where slut-shaming is a common response after hearing a woman has been sexually assaulted.

We already live in a world where girls are sent home from school because their collarbone is showing.

We already live in a world where we tell women that if they want to succeed in business around men, they must not act bossy.

I’m not going to try to talk you out of voting for Donald Trump. You have your reasons for wanting him in office. I’ll respect that. All I want you to do, once and for all, is just admit that he absolutely awful toward women.

When your daughter goes to visit him in the white house, he IS going to ogle her ass. He’s probably going to say something to his assistant about wanting to grab her p*ssy. Or he’s going to say she’s a fat cow and might even say it within earshot.

If Any Other Man talked about your daughter with Any of the language above, you’d want to kick his ass. So future president or not, Can we finally PLEASE admit that Trump is a sexist, scumbag piece of shit? Just, really. Admit it.