Chances are if you are even remotely online you’ve seen people on Facebook, Instagram, Twitter and SnapChat taking pictures of their legs while wearing crazy, print leggings and talking about #HowIRoe or something called a LuLaRoe. 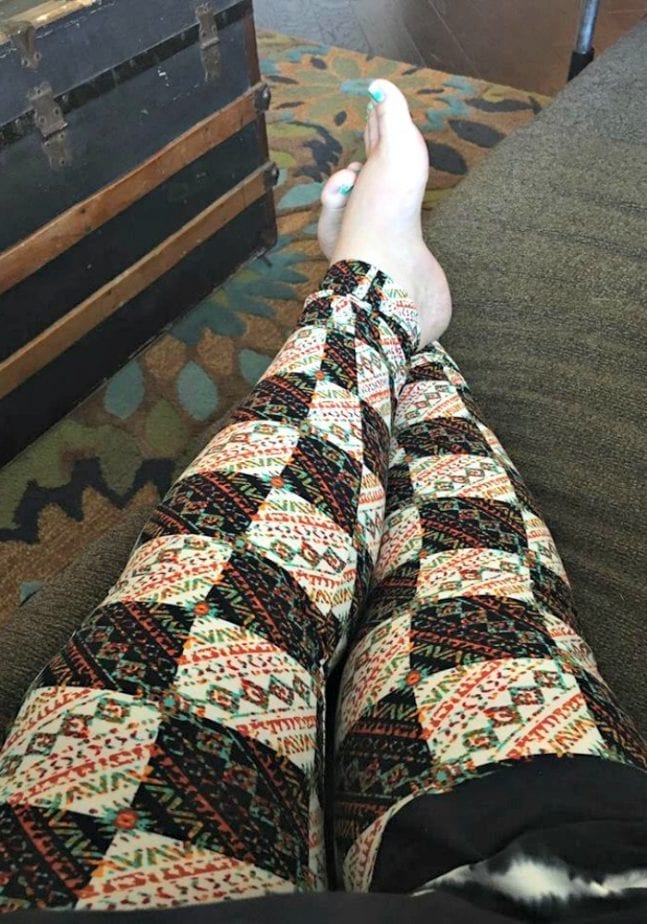 What Is It, How To Shop, And What The Deal Is

Please, someone tell me, what is a LuLaRoe? LuLaRoe is a clothing company. You cannot buy the clothes in a store or in an online shop like traditional clothing. It operates much like the Tupperware parties once did, though with a few new twists. At it’s core, LuLaRoe is a boutique clothing company whose goal is to sell you the most comfortable and adorable clothing you’ll ever put on your body. What kinds of clothes does LuLaRoe sell? The first items LuLaRoe sold, according to their story, is dresses and skirts. Their aim is to make something that will fit all body types and look flattering on everyone. Their lines have expanded to not just dresses and skirts, but shirts, leggings, cardigans and layering items. Until this year their clothing was exclusively for women and girls. Now, they also sell a few lines of men’s and boy’s shirts as well as adorable boy’s leggings. Their most popular item is by far their leggings, which is how many people get introduced to the company. Somewhere a friend said, “Feel my leg!” and the rest is history.

Hi, I’m Jamie and I’m a LuLaRoe addict… Those leggings just get my every time!

How do I get LuLaRoe? The clothing has to be bought directly from a consultant, which you can find here at AKA LuLaRoe While you can’t browse an online catalog of the clothing, this group has online Live sales that are an adrenaline rush akin to being in the Thunderdome with people rushing to comment “sold 000” and claim their desired items. The online sales are Always fun and full of crazy surprises that aren’t like anything you’ve seen before. 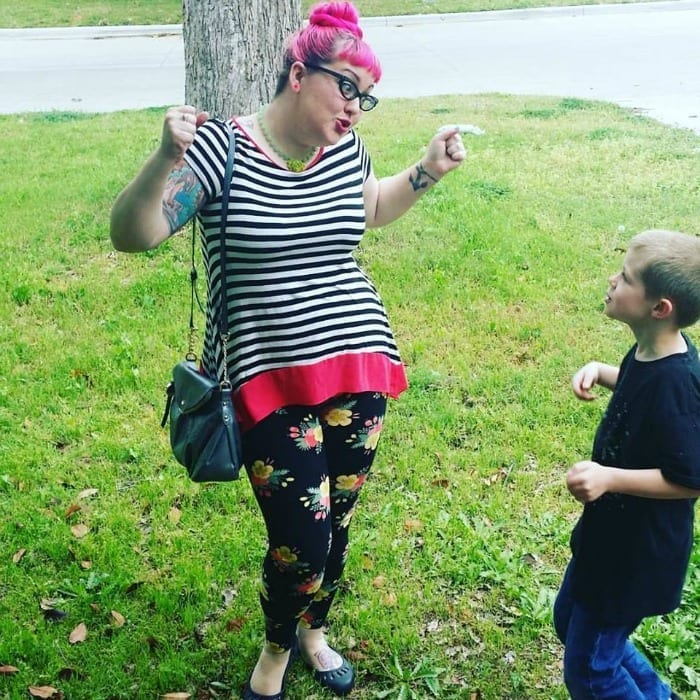 Where should I start? Most people start with a pair of black leggings and maybe one other pair in a subdue print. They think, “Oh, I can wear this under something or around the house, maybe to yoga!” And three weeks later they’re swimming in packages with all sorts of clothes! A few other good “starter” LuLaRoe items are the maxi skirt (which can be worn as a skirt or a strapless sundress…not that you heard that from me), the Nicole dress and the Classic T-shirt (they’re nice with leggings!). Has my loved one joined a cult? It might seem like people who are avid LuLaRoe fanatics have joined a secret society. There’s a language and slang that is unique to people who wear LuLaRoe, from unicorns to roeing, you have to know the meanings to understand your loved one’s fanaticism. Here’s a quick guide:

Why LuLaRoe? It’s just…clothes? Yes. And no. LuLaRoe is a company founded on the ideas that everyone can look great, and be comfortable. You won’t find a lot of super tight styles or limiting sizes when it comes to what they offer. But it’s more than clothing, as crazy as it sounds. There is a growing tide of body positivity when it comes to the people who wear LuLaRoe. It’s a community of people more interested in building each other up than tearing them down. It’s people who want to celebrate each other feeling good about themselves, their bodies and yeah, what they’re wearing. The few times I’ve been in a group where someone said a single negative thing, there was such an overwhelming show of positive energy and support. I’d daresay you won’t find a sad or unhappy person wearing LuLaRoe. People who Roe know each other on sight at the grocery store, mall or even the gas station. You can spot each other by the grins, winks and thumbs up they give each other about not just their Roe, but their whole outfit.

Well thanks for explaining it because I have been seeing the leggings and hearing about it for awhile. But it is still a social phenomena I don't understand, because I just don't see their clothes as attractive at all nor do I feel women look more attractive wearing them. Especially the printed leggings...yikes. I have heard across the board that they are comfortable. Maybe that's why the norm is to start with black and work your way up to a subtle print. I just fear that comfort is really taking over style in our society. Don't get me wrong, I love/need to be comfortable in my clothes too or I won't wear them, but there has to be a balance of style and comfort.

We have more than just the crazy leggings, I am more into the classic skirts, kimonos and dresses myself. But yes, we do have those CRAZY leggings LOL

It started with a pair of sewing machine leggings since I'm a quilter and my cousin said I needed them. Then I got a matching pair for my little. Then scissor leggings...... Now I'm a consultant! Love my journey. Love this company. Loved loved your take. Love the Roe!

I'm addicted! I blame Louisa for it! Got my Roe on today!

This is exactly why I become a LuLaRoe business owner. All that you are talking about. Thank you sharing this positive, fun message.