The first time I went on a date with Fred, I knew it wouldn’t work out. So, of course we dated for a year. But perhaps I should back up.

I was really lonely in college. I’d moved up to Dallas from my small hometown and left a mediocre boyfriend behind. We’d tried the long distance thing but it wasn’t working out. I cried. I wanted to break up but TV taught me that I was supposed to fight for it. It wasn’t okay to fall out of love. We broke up. 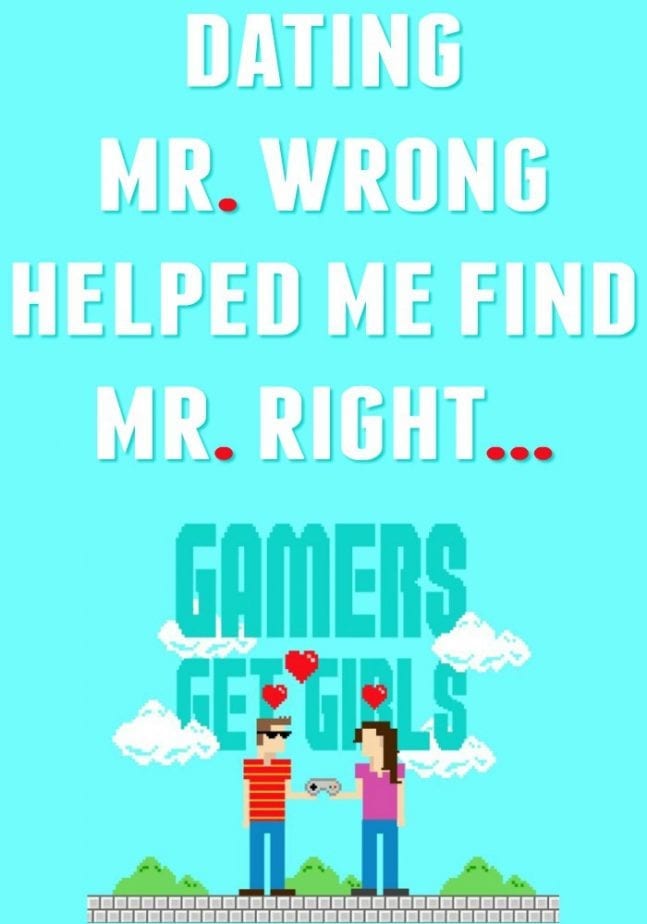 I didn’t know how to even meet people in Dallas. My school program was so exclusive there were only seven guys in my classes and most of them had girlfriends. At the time I worked in a comic book store. Now, I know what you’re thinking. “Get it nerd girl!” No.

Most of the guys who came into the store weren’t looking for a girlfriend. They were looking for Spider-Man. And the few dudes who were? Igh. Mutual like of the Avengers is not a solid foundation to build a relationship on. Then I met a guy in World of Warcraft.

He was a paladin who had just joined my guild. He was nice, funny, and generous. Always offering to run lowbies through dungeons. One day he mentioned something about meeting his friend at the Irving mall. Irving, TX? Yeah. OMG. I live right around the corner from there! We should get together! It would be so cool! We’d have a meet-cute story about World of Warcraft we could tell our grandkids!

He picked me up from the parking lot. It was “meh” at first sight. He had a fu manchu beard. Igh. He was growing it out. Double-Igh. HE HATED BOOKS. WTF?! AND CATS!?

Again, I know what you’re thinking: Why didn’t I tuck and roll out of the car at the nearest convenient intersection?

Did I mention that I was lonely and didn’t know how to meet guys?

We started dating. I liked him well enough. We went and did things together that I wouldn’t have done on my own. And we played World of Warcraft together which was awesome!

He got SUPER drunk at my Halloween party. Probably because he didn’t want to be there, but I wanted to introduce him to my friends. That’s what you do with boyfriends, right?

He vomited all over the bathroom. The smell cleared out the party. He kept apologizing, but I told him, “If this is the worst we have to deal with, we’ll be okay.” Cleaning up drunken boyfriend vomit? Yeah, that’s the worst life could ever throw at us.

“He’s just a fixer-upper.” I told myself. “He really was a nice guy at his core. A nice dumb guy who is bad with his money, hates reading, cats, only really talks about WoW, and what the hell is up with his obsession with the “Happy Feet” movie?”

He also had a bit of a temper. One time he threw a deck of cards at the wall. Next to my head.

We hit a real rough spot when he lent $1,000 to his friend Barney to keep in a savings account that would award him $300 after 2 months if he left the money alone. Then they would split the extra money. I told him I thought it was a bad idea. He told me that Barney was his friend and would never spend the money and ruin their scheme. Barney spent the money.

Fred was not fun to be around then. But he seemed okay after a few weeks. Then he got a flat tire and punched his car. Like left individual knuckle marks in the metal. Yeah…it was over with Fred.

He vanished for a couple of weeks, not returning my phone calls. Then he finally texted me, he told me the absolute last thing I expected. He’d been doing some soul searching. I was the best thing he had going for him in his life. Did I think we had what it took to go to the next level of our relationship.

Foolishly blinded by tears, I wrote back, “No.” He seemed genuinely surprised.

Why wouldn’t he be? I’d put up with all of his nonsense for a year. But I came to realization that TV lied to me. Not all relationships had to be fought for. I should expect better than to be some sitcom wife chained to a bumbling oaf, floundering through life.

It was okay to fall out of love.

I just had to date Mr. Wrong to appreciate Mr. Right.

Great post, thank you for sharing your experience. Remind me to tell you about the time I spent in a women's shelter. Between the scars, stories, and cognitive dissonance it was terrifying, and reminds me profoundly to be grateful about not having the mandate to do all the emotional work in a relationship.