It’s no secret I am obsessed with twitter. One of my friends told me the other day that I twittered more than anyone she kno 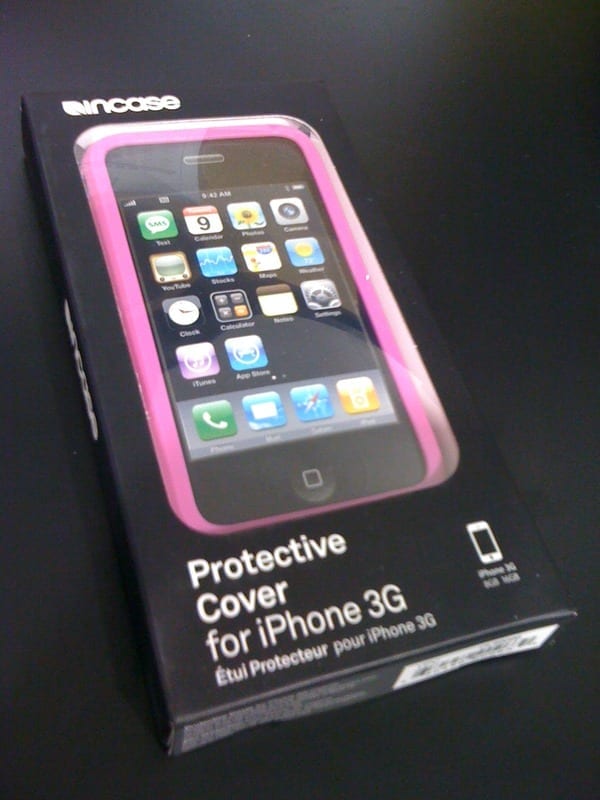 ws. I decided to stop twittering that evening and go watch @neilhimself‘s Stardust instead. (That’s how we refer to people in twitterland. we put an @ in front of our names… it’s so people can click through and read your friend’s twitter stream-plus it just looks cool.)

Well, I’ve been conversing back and forth with @bbyflowermound (That’s Best Buy in Flower Mound’s twitter guy) for a while now, and when I needed a new cell phone case–I sent him a quick tweet letting him know. He then went over to the cases, and took a picture of one he thought I would like, twittered me the link AND offered me a discount. How awesome is that for customer service?

It was being held for me at the front desk, so I didn’t even have to go back and do the actual shopping or anything. I just arrived at the store with my daughter in two, we went straight to the service desk- met our twitter friend and got a sweet deal on a phone case.

As I was chatting with @bbyflowermound (his name is Andy IRL (in real life) BTW (by the way)) he told me that they were having a meeting in the back about the effectiveness of twitter in his store and how he’d been using it. Apparently a few important people from corporate were even there discussing the awesomeness of his twitter campaign and he was going to go back there and tell them all about how he’d just made a sale with it!

I decided to do him one bette 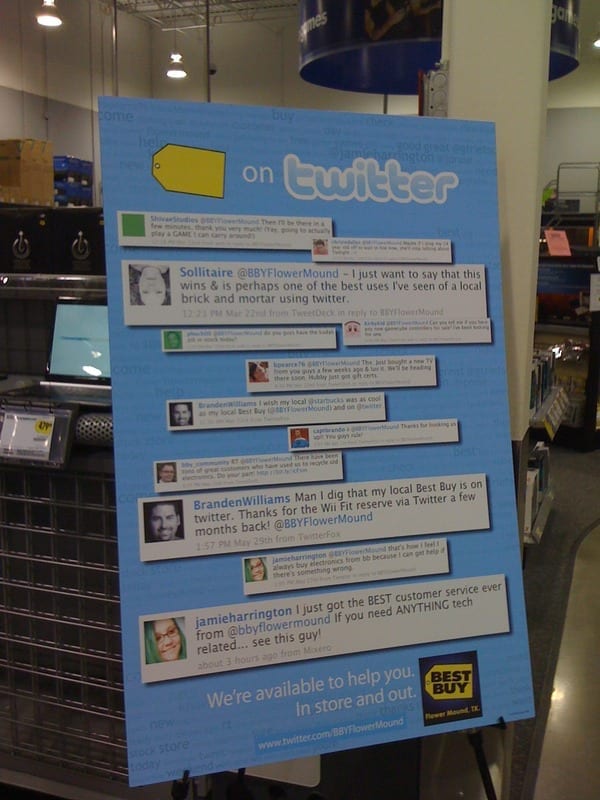 r and I went back there to the meeting with him and told them how fabulous he was, and that he was really doing a great job with his twitter form of customer service. So, I stood in the office in the back of best buy with a four year old daughter wearing her dance tights and eating twizzlers singing the praises of twitter.

Then someone sent me the link to see this poster hanging in the Best Buy. Yup… that’s me with the awesome green hair down there at the bottom.

I am impressed with the Best Buy twitter guy for several reasons, but the most important one is that the account is ran by only one person, and not fifteen trying to trick me into buying crap. Instead he talks about other things, interacts on a personal level, and is an all around cool guy.

I hope other companies take note of this. If you want to be successful in social media-don’t try to trick the buyer. We’re savvy, and we will make fun of you. So thanks Best Buy for having a real person behind your twitter account. Now, if I can just get him to give me a MacBook Air. 🙂

thanks for sharing this post. ive got a lot of to learn from you about twitter. respect .-= nurmanCKisser´s last blog ..ebook panduan promosi online =-.

Hi Jamie! Now THAT is what Twitter for business is all about! Best Buy hopefully learned a valuable lesson from Andy's interacting and engaging with you and others on Twitter.

So many companies get Twitter wrong, by having nothing but one-way "conversations" at whoever follows them, hoping that will be enough to establish a trusting relationship with potential customers. One-way conversations on Twitter do nothing but appear spammy and self-indulgent. It doesn't work. It won't bring customers, and it certainly doesn't establish any level of trust with potential customers.

What DOES work for business Twitterer's is the personal attention and personal "tweeting" about everyday life, and being prepared to provide a solution to a person's problem, like Andy from Best Buy did for you.

This is so COOL! You are super COOL!! I love to follow your tweets and love the green hair -- tee hee!

Hope you're having a good holiday weekend, Jamie! Talk to you soon.