So, as many of you know– I’m like to play a lot of video games. It’s fun, easy entertainment that you can do after your kids are in bed that doesn’t involve watching endless hours of mindless TV.

Gaming isn’t a solitary thing– maybe you’re killing zombies until 4am with your buds via voice chat, or rolling through bingo card after bingo card with people you don’t even know, it’s just nice to know that you’ve got people to play with. When I think about the super friends I’ve made through gaming– well, dude– is somebody cutting onions up in here?

Speaking of Zombies– Have you SEEN Dead Island? Holy crap, it’s a great game– even if it does have the weirdest group matching system of any game I’ve ever played…

The quests are cool, the story line is fantastically woven into the action,

And it’s beautifully bloody in a way that I can’t describe. 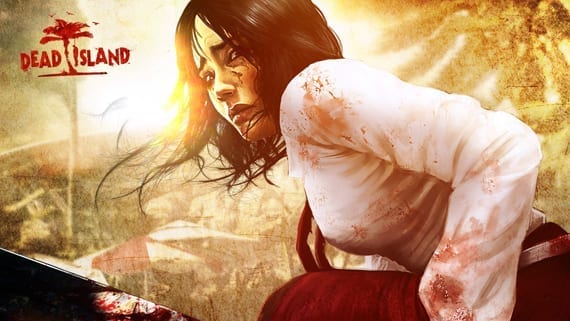 Just looking at that screenshot makes me want to play it right now. (But that would be weird because it’s 8am, and I don’t feel like you should kill zombies before at least ten.)

I wouldn’t say I spend too much time gaming, but that’s only because it’s not something I want to admit to myself. I still feel in the minority when it comes to the girl-gamer thing, but that is totally changing, and I would say there are more of us out there than ever! It’s always nice when you run into another of the female persuasion– it’s like insta-cool points.

So, now I have to know…What’s your favorite game of all time?

OMG! Please tell me you're on XBox, and not PS3. I want to play Dead Island with you right now!!! My GT is MinkOne. Send me an FR if you're on live.

As to your post, my favorite game of all time is Elder Scrolls: Oblivion, but I'm pretty sure Elder Scrolls: Skyrim will blow that shit out of the water.

I'm playing Heroes of Might and Magic V right now, because it has a map editor and because I'm retro like that. :)

Half Life. I can't wait for HL3. The first two were just off the chart.

Deus Ex. While the last one wasn't quite as kick ass as they promised, it was still pretty good. The first two were some of my favorites of all time.

Elder Scrolls. There's nothing like entering into a world where you alone are the "aware" character and you have all the world to make your own.

Also, Minecraft is pretty frikken awesome for a total sandbox game, and they are about to come out with the adventure pack, which will turn it into a "real" game.

Of course, let's not forget the Grand Theft Auto Games. Those are a blast.

I actually never play video games, which makes me feel like a bit of an outsider in the writing community. I played Oregon Trail WAAAY back in the day, and I used to play Civilization, but that was it, and I never really got attached to computer or video games.

I DO love board games, though. Carcasonne and Settlers of Catan are good ones, as well as the perennial favorite, RISK. I like the company Cheap-As Games, too - I like their philosophy, and their games are cool.