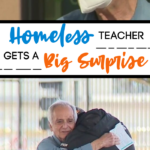 I just love a good heart warming story, and this one does not disappoint.

The pandemic has had a huge impact on all of us, but for some, it has completely taken every chance at a livelihood away.

That is what happened to one California substitute teacher who found himself jobless and living in his car.

Steven Nava was headed to work earlier this month, and saw a man digging around in the trunk of his car.

This wouldn’t have been odd, but it was at 5am, and the man was in the parking lot of a senior center.

Nava just kept getting the feeling that he somehow KNEW this man.

Throughout the day, I was just thinking, ‘Wait, wait, wait, I think that’s my substitute teacher.’

Eventually, the 21 year old remembered that this homeless man was a substitute teacher that he had while in high school.

He really stuck to me just because of the way he was so nice around his students. He’d ask how your day would go, did you eat, just small little details like that. He’d be really, really funny when he took attendance.

He had to work up the courage, but he finally went over to talk to the man, who’s name is Jose Villarruel.

Steven started out by simply asking how his teacher’s day was, and talking to him about what his situation was.

Jose told Steven that he had made the decision to live in his car about eight years ago, so he could send as much money as possible to his family in Mexico.

When the school system shut down, due to COVID, they didn’t need substitute teachers, so Jose was left without a way to earn an income.

He had to resort to applying for his retirement fund, so he would have money just to survive during the pandemic.

When Steven heard this story, it tugged at his heart strings.

He insisted on giving Mr. V, as the students called him, everything he had in his pocket, which was $300 at the time.

Steven told Jose, “I’m going to get you out of this situation, one way or another. I’m going to find a way,”

It was right after this that Steven set up a GoFundMe account to help raise money for Mr. V.

In just a few hours, the GoFundMe campaign had earned close to $500.

The next day, Steven had a flash of inspiration. He took to TikTok to make a video about Jose and his situation.

This video, which was viewed more than 1.7 MILLION times, helped boost that GoFundMe total up over $27,000!!

Mr. Villarruel turned 77 on March 11, and Steven threw him a surprise birthday party.

Then, something else FANTASTIC happened.

Homeless Outreach and Proactive Enforcement (HOPE), part of the San Bernardino County Sheriff’s Department, learned about Mr. V’s situation, and decided to help him in getting a motel voucher.

This voucher is good for an entire MONTH, and will give Mr. V a chance to find permanent, more stable housing.

As for Jose, he is coming to terms with his new situation.

It’s a great feeling to have this change and I still have to adapt to it so I can make the best of it. It was unexpected but I accept it with an open heart and I’m ready for whatever comes next. I know good things will come.

He is also going to take part of that $27K and take a long trip to Mexico to see his family.

We wish him THE BEST for whatever is the next part of his journey. 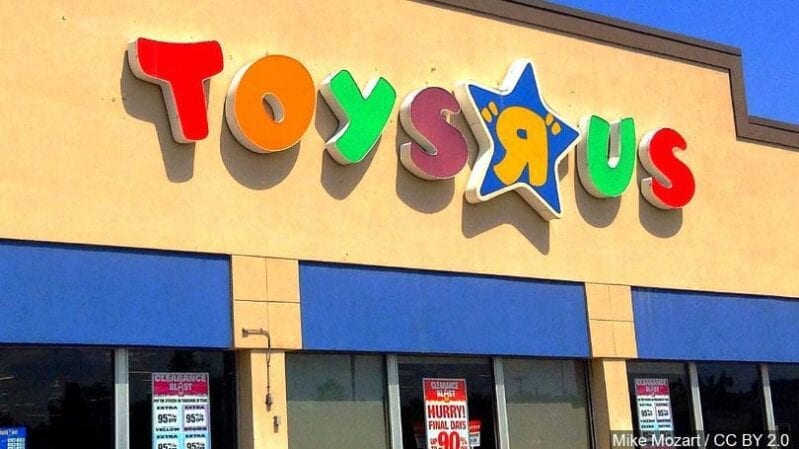 Previous
Toys R Us Is Planning To Open Stores Again in The U.S. This Year and I'm Freaking Out 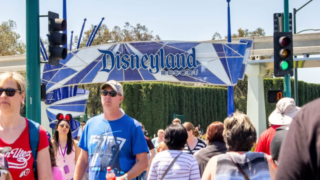 Next
Disneyland Is Reopening in April. Here's Everything We Know.
Click here to cancel reply.