This is not hyperbole. I come from a pre-Katniss, pre-Buffy-the-Vampire-Slayer, pre-Hillary-Clinton era. I know this makes me sound old, but I grew up in Texas, so subtract like ten years from the female empowerment timeline. Oh, we had Governor Ann Richards, but she was considered an aberration.

There was Ripley from Alien(s), but that was R-Rated, so I wasn’t allowed to see it. (Even though I did, because HBO.) The awesomeness of Sigourney Weaver’s casting deserves its own post, but in Alien, her femininity was (deliberately) not a factor.

And I was a girly girl.

And so… Princess Leia. 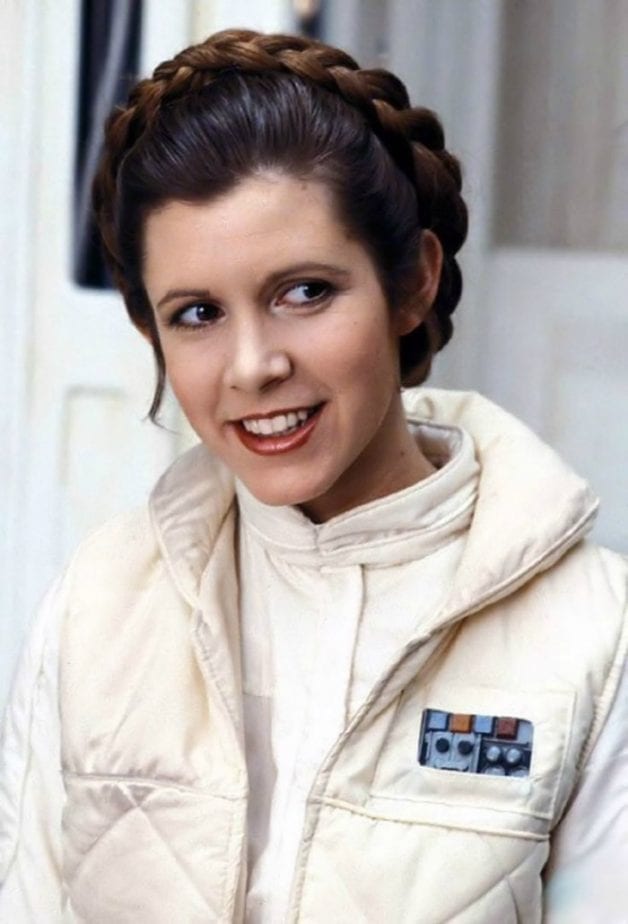 How Princess Leia Changed The World

I dressed up with fake braids for Halloween. “Scruffy-looking nerf herder” was my favorite insult. In the mirror I practiced her sardonic half-smile and that doe-eyed look she gets in the moments between the sass and the bravado. And my brother and I played with our action figures and lightsabers.

Sure, she wasn’t an X-wing pilot, but there was never a doubt that she could be if she wasn’t doing more high-level stuff. Because she’s not just tough, she’s smart. A senator who is secretly a part of the resistance. She withstands torture by freaking Darth Vader. She makes her own escape route when under fire. (Okay, it’s down a garbage chute.) She’s a rebel leader. She has a love interest who never gets the better of her in a banter, and though they bicker, she’s the first to say “I love you.” Then she goes into a literal den of iniquity to rescue him.

She strangles a giant space slug while wearing a bikini.

She wasn’t the Chosen One. She didn’t have super powers. But she was amazingly competent in every practical way.

Princess Leia was the precursor of other princesses who persevere and prevail through obstinacy and gumption—Mulan, Elsa, Anna, Moana.

Imagine you’re a girl, and you’re lucky enough to be a reader, so you know there’s a place in the world for Meg Murray, and Nancy Drew, and Lessa and Menolly of Pern. But you probably had to have help from your librarian to find books with girl protagonists. No one in your class remembered who Meg Murray was. But there are no Nancy Drew action figures. Barbie has no dragon. Not even a pink one. (But if she had, I would have been all over that.)

But who didn’t know who Princess Leia was? She was a heroine that became common ground for nerds and everyone who saw movies. Even with non-nerds, non-fans in the fandom sense, Princess Leia entered the public consciousness.

Girls (and boys) who grew up in a post-Princess Leia world went on to write The Princess Diaries, and The Mortal Instruments, and The Hunger Games. They wrote and directed Beauty and the Beast, and Buffy: the Vampire Slayer, and Terminator, and Aliens, too.

I grew up, and so did Princess Leia.

She dropped the Princess.

She led a counter-revolution.

She was a general.

She was a mom.

She lost her brother and her son. Han left, too.

She watched the planets of the New Republic—a freaking solar system—blown up like she’d once seen her home planet blown up.

Carrie Fisher, who brought Princess Leia to life, did too. She struggled with drug addiction and bipolar disorder, which she opened up about in her biographical “Postcards from the Edge” (at a time when nobody admitted to those things), and went on to become an advocate for both. She was a talented and sharply funny writer and an influential uncredited script doctor, often coming in to punch up the dialogue for female characters.

She was a middle-aged woman in Hollywood, and she kept fighting in her own way—with sarcasm and honesty.  Her Twitter feed was funny and sometimes biting (when you could decipher the emoji code), truly “no filter,” full of her ugly dog (sorry, but he is) and her pride in her beautiful daughter. In an incredibly superficial world, here was someone who didn’t give a flip what anyone said she should be. Because princesses generals don’t care about your opinion.

I grew up wanting to be Princess Leia. I write books about girls who, in my humble opinion, are shaped in her image—feminine but strong, controlling their own fates through sometimes not much more than stubbornness. And being a grown-up…well, an adult, at any rate…I know I can do worse than care less about what other people say I should be.

So, to the Princess, the actress who gave her both vulnerability and sass, and the smart, honest, funny woman who occupied this planet for a shorter time than she should have…

Thank you, Carrie Fisher. I will miss you, dammit. 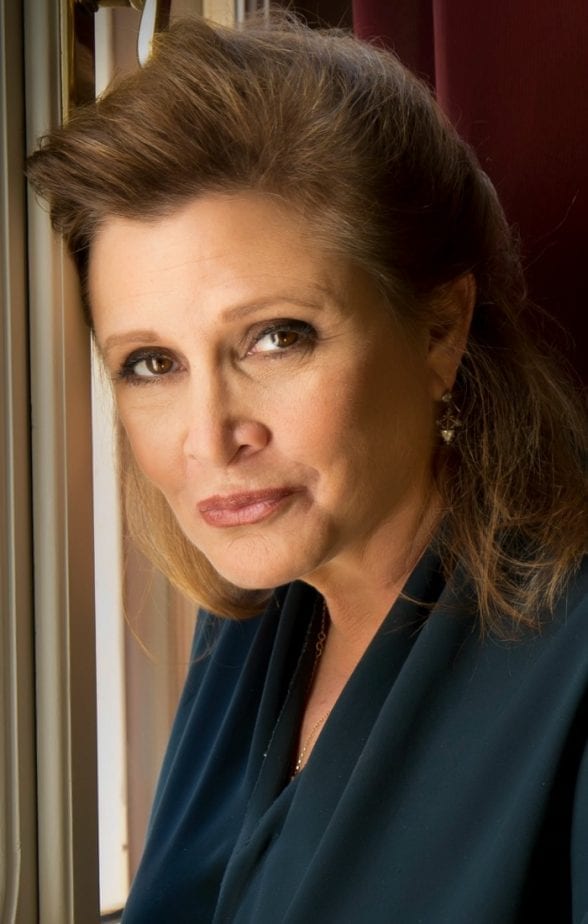