I did something terrible yesterday.

I pulled into the drive-through at Dairy Queen…and drove out without buying anything. 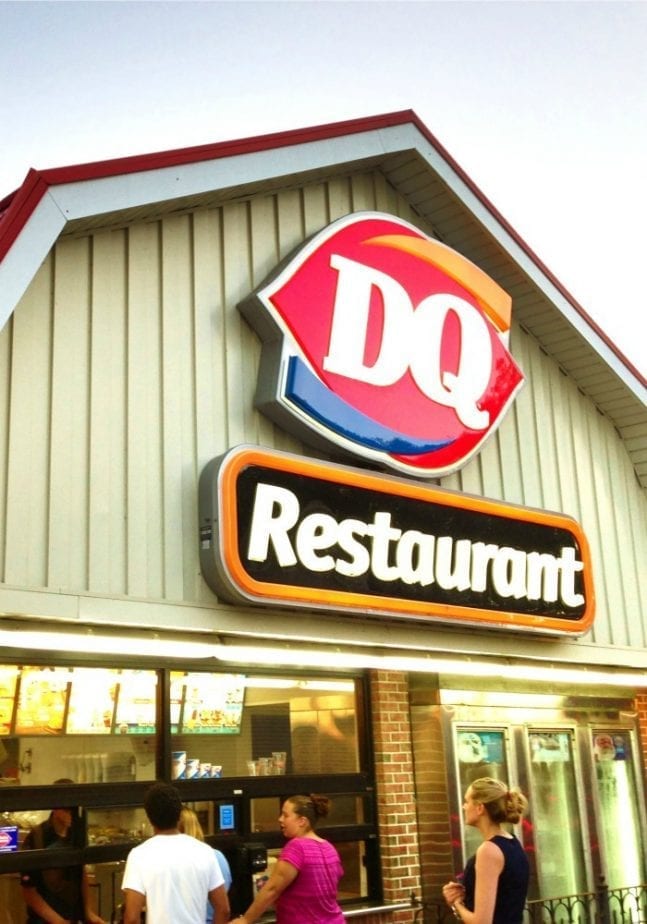 If There’s Such Thing As A Retail-People Pleaser, I’m That…

Dairy Queen, if you don’t have one where you are, has been advertising these special Blizzards—specifically, this one that’s chocolate ice cream with a marshmallow middle. And since lately S’mores seems to be the summer Pumpkin Spice, naturally I assumed it was some kind of S’more…s’mores…whatever.

Only…I’d come to DQ specifically for a S’mores Blizzard.

And the Dairy Queen is like, “How can I help you?”

And I’m like, “Just a second,” as I stare at the menu in consternation.

You know how when you’re set on something, and if it’s not available you’re just kind of ‘meh’ about the other options? Not mad or irritated, just disinterested?

That’s me at the drive through speaker.

And her highness is like, “*sigh* Order whenever you’re ready.”

Me. At the drive-through…

I know that inside they’re rolling their eyes because the time is ticking and this is going to mess up their numbers (I worked a drive through; I know how this works), and jeez louise, even the speaker is judging me, and it’ll be rude if I don’t order something, and ohmygod why can’t I just order a dip-cone already!

Suddenly I’m seized by a sense of rebellion. I don’t want a dip-cone, dammit.

So I crank up the Beastie Boys, grab the steering wheel, and gun my Jeep out of there like I’m a stunt driver in a Jason Bourne movie.

Seriously. What kind of functional adult gets sweaty palms and heart palpitations because they left the Dairy Queen without ordering anything?

Well, this presumes I’m a functional adult. But let’s just go with that.

What let’s not do is add up all the Cokes I’ve bought at McDonald’s just because I needed to use the bathroom on a roadtrip. Or the Snickers I’ve bought at gas stations for the same reason.

Or the restaurants where I’ve ordered something I didn’t want because I’d already come inside and stood there for five minutes reading the menu (long enough discover there wasn’t anything there I wanted to eat).

It’s not just food, either. The doodads that I bought a craft shows because they were the cheapest thing the booth had to offer, and I’d been looking around long enough that I had to buy something. The bumper sticker from River City, Iowa, which I acquired when I went into the Star Trek…um…museum, to get directions to “the Future Home of James T. Kirk” marker just so I could Instagram a selfie.

All right, maybe those aren’t good examples because there are individuals involved, following their bliss. I get that. But there’s the makeup I’ve purchased because the sales person at the counter was just so nice. The extended warranties, upgrades, and other useless things because even though I know this warranty that is, like, 90% profit for their employer, the salesperson has a quota to make, and what if they’re one short and I’m the one that makes them get in trouble?

All that may be true, but I’ll tell you what else is true: sure, there are times when it’s polite to buy something, and it’s nice when you can buy a doodad to support someone following their bliss… But I don’t have to feel bad window shopping in a store where I know perfectly well I can’t afford to actually buy anything. And there’s something really liberating about realizing that no one at Dairy Queen gives a donkey’s fart if I get a blizzard or a milkshake or a chocolate-dipped Hunger-Buster as long as I get off the drive through sensor and stop screwing up their wait-time numbers.

☺☺ No need to feel bad about window shopping! Happy Friday ♥