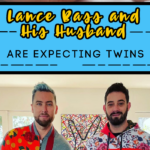 Our second favorite NSYNCer, Lance Bass, and his husband, Michael Turchin, are going to be dads — times two!!

They are expecting fraternal twins, a boy and a girl, in November, and I couldn’t be happier for them.

The couple, who have been married since 2014, posted a Halloween-inspired TikTok that shared the news that the twins will be coming this fall.

It has been quite the journey.

The two have been trying desperately to have kids — suffering through failed IVF surrogacy attempts, and experiencing a devastating miscarriage, before finally announcing that they are expecting twins.

You have your vision of how it’s all going to go, right? When we went into IVF and surrogacy, we had no idea what it was all about.

Lance says that they have known others who have been through the process, and they all had disappointing news at the beginning.

IVF and surrogacy is a process that can be disappointing and sad, and Lance says that it’s important to have someone to talk to, because it can be a lonely and discouraging time.

Pretty much everyone we’ve known had bad luck at the beginning. The first time they tried it, it just did not work. And I feel like that is such a common thing. And it’s great that we’re able to talk about this because a lot of times I would believe that couples feel very alone in that situation. But to know that other people are going through the same exact thing, it’s really comforting.

Michael says that they went through NINE different egg donors — most of which didn’t work out.

Last year, they had a surrogate who got pregnant with twins, and then unfortunately miscarried — and all their hopes and dreams of what “might have been” came to a disappointing halt.

They had to start over at the beginning of the process — that meant a new surrogate, and a new egg retrieval.

ON TOP OF THAT, the world was in the middle of a pandemic — talk about not making it any easier!!

See, the surrogate and the egg donor are actually two different people, so the stars have to align JUST RIGHT for everything to turn out perfectly.

We found our surrogate through the agency called Elevate. I felt like it was meant to be. We were just at a restaurant a couple of months after the miscarriage and a friend of ours, Taylor Frey, who we hadn’t seen in a long time, happened to walk by the street. [He and husband Kyle Dean Massey are currently awaiting the birth of their daughter.] His agency introduced us to this one surrogate and she ended up being a great match. And the same with the egg donor.

FOUR YEARS after starting this journey, they became cautiously excited when this new surrogate was able to become pregnant with their twins.

You start planning their future in your head already, but we were so scared because we didn’t want to go through the pain again of losing them. We told our friends and family about the ninth week, when we finally felt comfortable. You think you’re going to jinx it or something.

If you’re wondering who’s sperm they used — it was BOTH!!

Michael and Lance both fertilized half the retrieved eggs, and BOOM!! The magic happened.

We took the two healthiest embryos, and put them in, and it perfectly fit with our plans.

We always knew we wanted at least two kids, it would be nice to have a boy and a girl just to feel the experiences of raising both or whatever they end up being. I think it’s just amazing that science has gotten this far where we can make the healthiest human beings ever. And I hope in our lifetime, we’ll be able to see the whole world be able to do this.

Now that the pregnancy is finally “more in the clear,” they are adding the addition of a nursery and a bathroom for the lucky little tykes.

I’m excited to be able to take them to Disney for the first time and their first Halloween trick or treating.

We are so happy for the two of you, and we can’t wait to see the little babies once they come into the world! 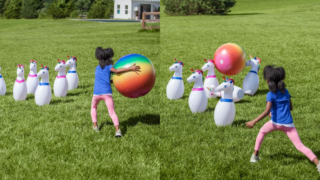 Previous
You Can Get A Giant Inflatable Unicorn Bowling Game That Will Bring More Fun To Your Summer! 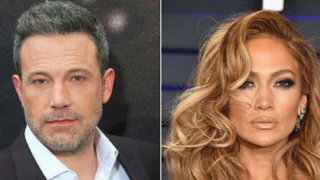 Next
Ben Affleck And Jennifer Lopez Are Making Bennifer 2.0 Work And They Are Even Talking About The Future
Click here to cancel reply.