When I was a little kid, my Christmases were fairly predictable. My brother and I would fall asleep on Christmas Eve somewhere after 1 AM (we were, of course, in bed by 9 PM but Christmas morning excitement is a hell of a drug). As soon as it was light enough to see, we’d bolt out of bed and charge down the long hallway of my grandparents house like a herd of reindeer screaming “IT’S CHRISTMAS!!!!” Like somehow my parents (who’d stayed up super late helping Santa assemble bicycles) hadn’t gotten that peppermint scented and sleep deprived memo. 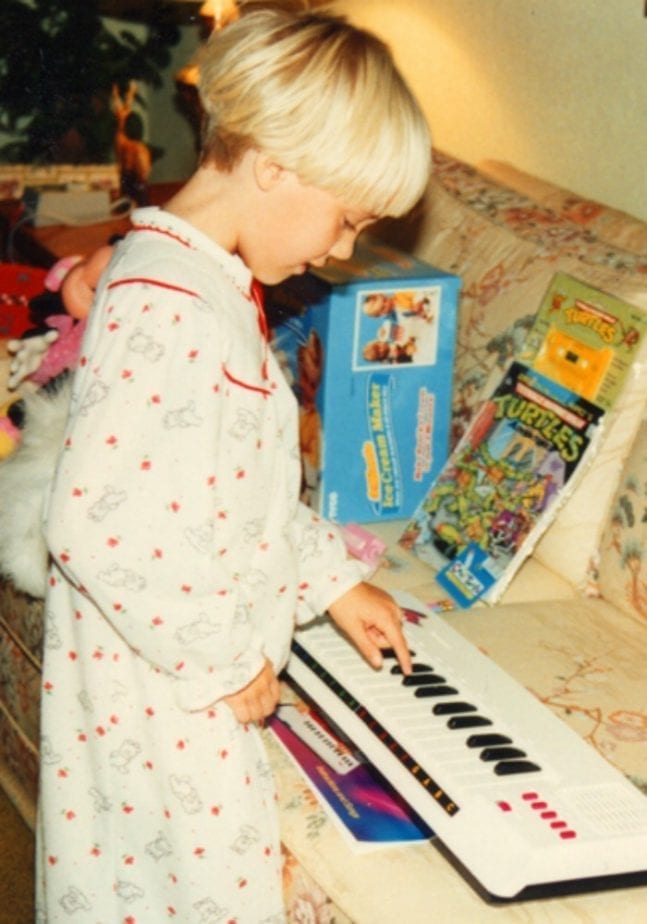 Remembering Christmases Past And Missing My Family…

We’d have to wait for Mom and Dad to drag themselves out of bed because God help us if we entered the living room without them. While waiting, we’d peer through the dim early morning light, desperately trying to figure out what the toy shaped lumps on the couches could possibly be. IS THAT A PUPPY!?! (Hint: It was never a puppy.) 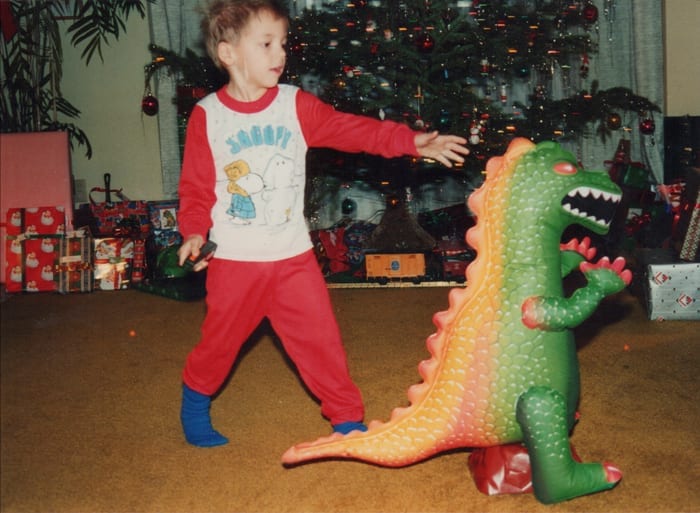 Sometimes it was Godzilla!

My brother and I took turns opening one present at a time, all the while reaching for the next gift. We’d destroy the living room with a hurricane of wrapping paper, ribbons and shredded cardboard. Nana would fuss at us for tearing up perfectly reusable wrapping paper, while carefully folding the pieces she deemed worth saving. Pawpaw would be ready with every size of battery imaginable to make the new toys boop and beep. Then we’d clean up, and get dressed before the rest of the family came over for Christmas lunch.

For almost twenty years my Christmas mornings had the same cast of characters. With a few random walk-ons and extra second cousins passing through on occasion, we were a smallish family unit: my mom, dad, little brother, and I, one set of grandparents, a great aunt and uncle, my regular aunt and uncle plus their son, and the token bachelor uncle, Mike.

The next couple of hours would have the men in yard playing with the latest remote controlled doo-dad that came out that year, the women in the kitchen gossiping and trying to stop Nana from over-salting everything, and us kids running around doing our damnedest to not break any of our new toys. (and failing.) 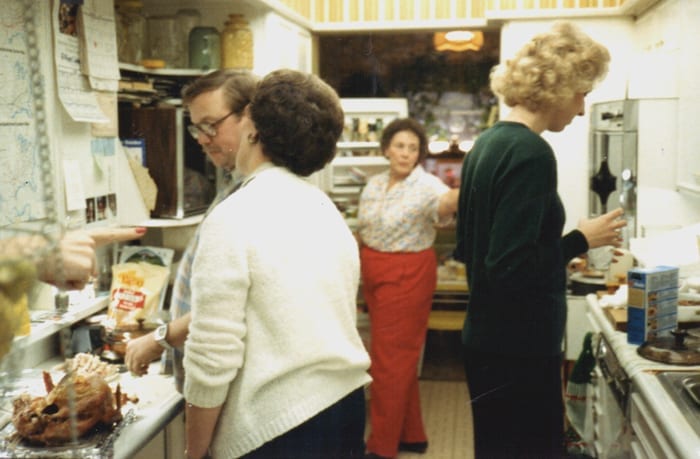 Somewhere in the middle there, there would be another random present opening session with the rest of the family. All the kids got more gifts and the adults did a name draw for Secret Santa. Nana would then fuss at us to save the wrapping paper, cards, bows, AND make sure we didn’t accidentally throw away any checks or savings bonds. (Because kids love nothing more than the promise of future money that has to be used on boring things like college.) 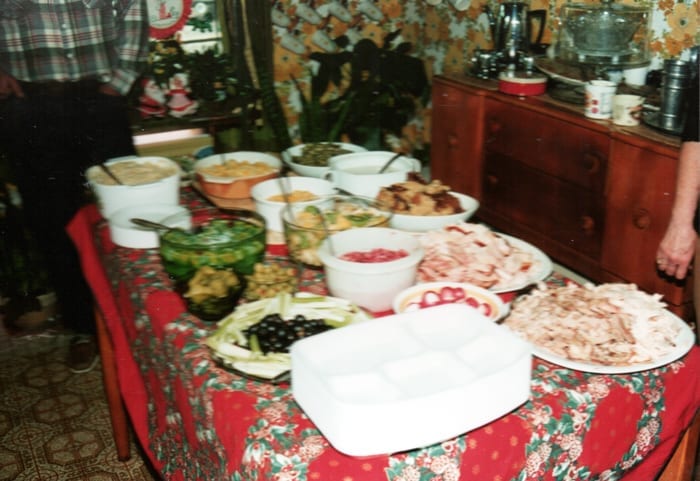 We didn’t Fuck around.

Nana sat at one end of the table, PawPaw at the other while the other six adults squeezed in. My brother, cousin, and I were relegated to the ‘kids’ table along with one random adult. We were all in the same room so it wasn’t that big a deal. Who wanted to sit at the adults table anyway? All they talked about were mortgages and some guy named Dukakis (who has like the dirtiest sounding name to my little kid brain). 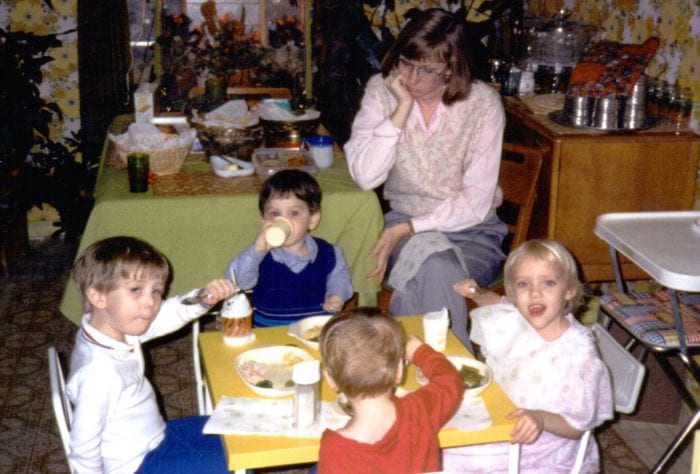 Once we’d thoroughly stuffed ourselves, the adults would begin the arduous task of cleaning up. My great uncle would lay the lay-z-boy out completely horizontal (he was the only one who could wrestle it into that position) and fall asleep. His snores mixed with the clatter of dishes being washed in the kitchen. That was when the Christmas high would fade. It sunk in that it would be 364 more days until the next Christmas morning. But that’s okay. We still had pie to eat. 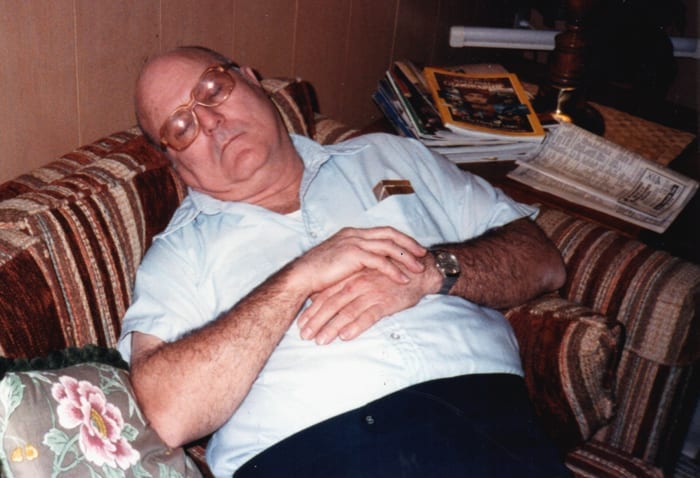 The last Christmas I had like that was twelve years ago. It’s not just because I grew up. It’s because my family is much smaller now. First my Pawpaw passed away, followed by my Great Uncle. Then in the great “life’s a bitch” twist, my uncle Mike (who was my Dad’s younger brother) and my Mom both died a few years apart because cancer is an asshole.

Finally, in 2015 we lost my great Aunt and a few months later, Nana followed.

We sometimes see my regular aunt and uncle around Christmas, but my cousin and his wife are usually working. There are fewer of us, and yet it’s harder to get us all together.

The last couple of Christmases have been at my house. My brother and Dad will sleep over and we’ll get up on Christmas morning, open presents, and have lunch. Sometimes my husband’s Mom will come over. But this group is a far cry from my previous holidays. And now this year, my Christmas is getting even smaller. Not because anyone died (thank God). No, it’s because my brother has a girlfriend. She’s got her own Christmases to go to, and he’s going with her. I want to be mad at him. But he really likes her. I like her, too. I hope she sticks around for awhile. Someone’s gotta add some new blood to my family, since I can’t seem to.

But for the first time in thirty years, my brother and I won’t wake up under the same roof on Christmas morning. I know all good things must come to an end, but I mourn this change. This is a death of a different kind.