Your husband can be all these things and more. This summer, while other men are wearing yucky, rugged jeans to work on their trucks, or sporting a boring, creased pair of tailored shorts around the grill, your beau can pick some fabulous chardonnay for your next book club in a Romphim. That’s right, move over lady girls with your child like rompers, the man romper, er, romphim is here to stay!

The Man Romper, Er, Romphim Is Here And Women Everywhere Should Rejoice!

What is a Romphim? The Romphim is an amazing new, fashion-forward trend that single-handedly assures women everywhere they will never be forced to watch a single Die Hard or Lethal Weapon movie ever again. Everyday is Christmas Day because not only will he want to watch Love Actually, the Romphim man will make bruschetta.

Your man will learn to love the high-waisted cut that’s not at all effeminate. He’ll be the talk of his community theater troupe after he trades in his bland whites, blacks, and basic primary colored tee shirts for bold salmon, turquoise, and Hawaiian floral prints. A Romphim man will turn heads as he constantly tugs on his wedgies and conveniently adjusts his waistline and balls. 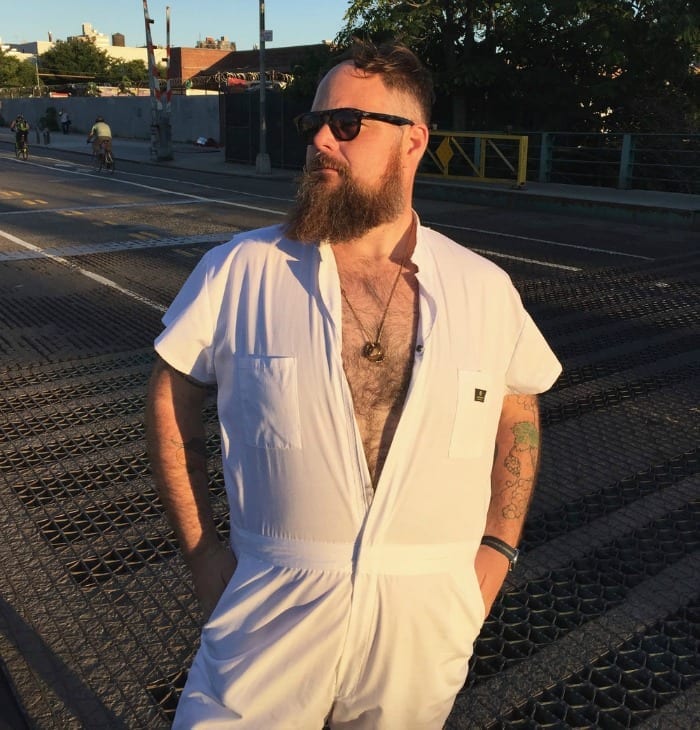 And while the debate about health care and insured contraceptives wage on in Washington, you can take matters in your own hands with the Romphim. The Romphim is scientifically guaranteed to reduce any kind of pregnancy to 0%. The Romphim is so effective in discouraging female stimulation that her uterus will potentially shrivel up and fall out. That’s quality you can trust.

This Father’s Day, if you want your hubby to look a little less like a man and more like a sassy eight year old, fetch him a manly white Romphim, stat!

No thanks. Want keep my man card.