If you do this, you’re being a jackass. 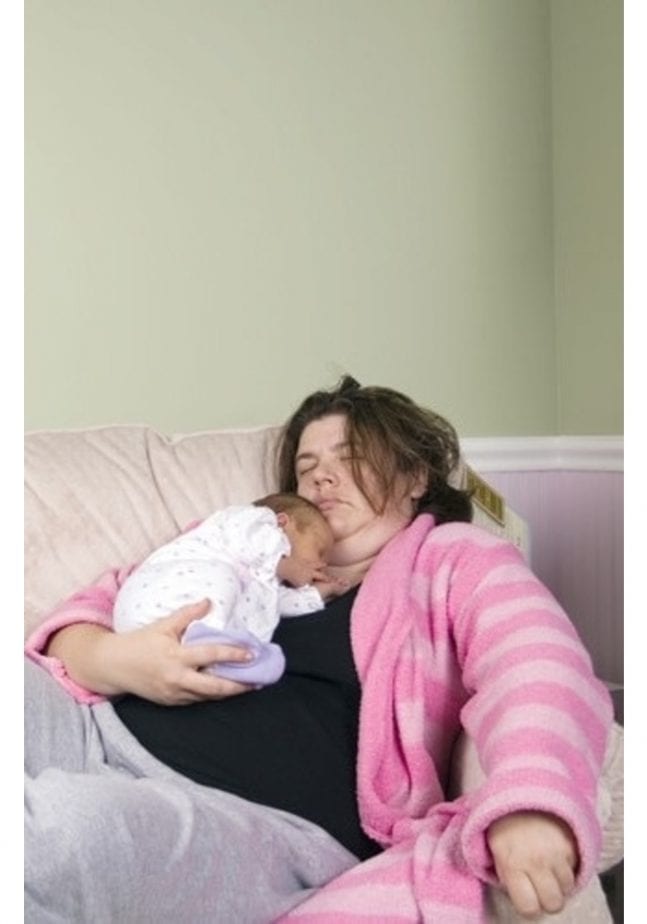 “You’re going to be in hell for eighteen years, ha ha!”

The “ha ha” does not make it better, but you know what makes it worse?  The breakdown of protective mental walls in the person you’re talking to—the sleep deprivation, the stress, and all those lovely postpartum hormones holding a rave in the new mom’s body.

I mean, doctors constantly monitor new moms for suicidal tendencies, but they should totally be able to take a joke about how bleak their future is!

Look, I get it.  Your life settles down at a certain point and you forget how messed up you were as a new parent.  You remember being tired, but you forget exactly how tired.  You forget how easy it was to cry, how you had to grit your teeth some days just to make it from one minute to the next.

You don’t have babies anymore, but you’re tired and you think you have perspective on new motherhood that you didn’t before.

Not because you’re uninformed about babies but because you’ve forgotten what it’s like to live for weeks, even months, in a thick mental fog.  What it feels like when you’re doing everything you can to hold your head above water—overwhelmed, exhausted, afraid.

But hey, your comments are all in jest.  It’s not like the person you’re talking to has emotions that fluctuate wildly or whose mental well-being is balanced on the edge of a blade.  It’s not like their life has been completely upended.

It’s not like they just had a baby or anything.

So here’s the rule: six months.  Don’t say anything asinine for six months.  No quips, no banter, no “welcome to the club.”  Keep it all positive, all encouraging, all about how it will get easier and better and they’ll be okay.  Offer help if you can.  Take them food.  Offer to hold the kid while they nap.  Chauffeur them to doctor’s appointments.  Even sending a little money if you live far away will help because diapers and formula and car seats?  Not cheap.

For six months, ask yourself, “Would I say this to a torture victim or depressed person?”  If the answer is no, don’t say it.

And that is how you succeed in not being a jackass to new moms.