As the result of a car wreck in late 2012 (thanks to a texting man who rear-ended me at a yield sign), I was forced to have nasal reconstruction surgery: Septoplasty with osteotomy and grafts. Let’s just say it: medically necessary nose job. Without this procedure, I would have remained with one nostril collapsed with the other to fall later (as it did while I was on the operation table). They went in, broke my nose again, added a couple of skin grafts, packed in some splints and covered the whole mess up with a hard plastic cast. Three weeks later, my new nose emerged from its cocoon a beautiful butterfly… Or, at least, a very-similar-yet-somehow-better version of my original nose. To me, my thirties seemed too early for cosmetic procedures. Yet, the more I think about it, the more the timing makes sense. I’m old enough to have outgrown most of my overly dramatic teenage insecurities and not too old to enjoy an aesthetically pleasing result. 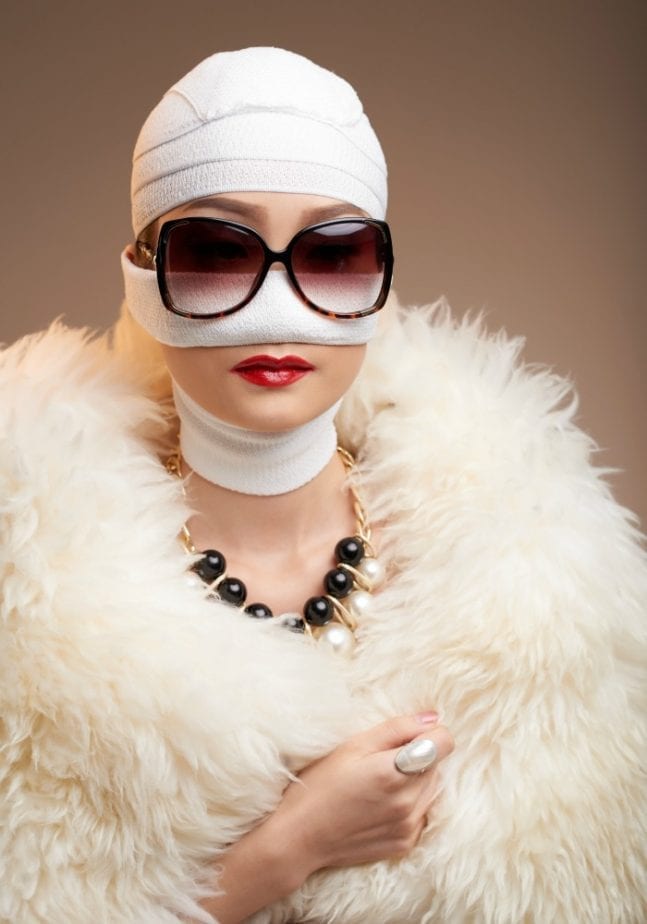 I’d asked my surgeon (an amazing man with nothing less than superpowers) to get my nose as close to the pre-break original as possible… and he did. Yet, when I look in the mirror now, there are some subtle changes that (likely) only I notice. People who have known me my entire life have no idea, unless we were in contact for those few post-accident months. I was extremely distressed prior to the unwanted surgery and full of anxiety. It was a little awkward during the weeks I had to wear the cast. The stares were a bit stressful, but after about three trips outdoors, I got used to it. The recovery was quick, though, and relatively painless and the end result was even better than I’d expected.

Flash forward three years later. I have recently received news from my dentist that my crowded bottom teeth (two fighting each other for space in a caged death match where no one wins and only I lose) will require those most dreaded of words: An extraction and alignment.

At first, this was just a cosmetic issue… A tooth that was never removed during my first round of braces (4th through 6th grade) became more and more crooked. I’m not vain enough to have a perfectly fine, healthy tooth yanked from my skull just because I have some crooked bottom teeth. Lately, as our teeth are constantly shifting, the push-and-pull battle for oral real estate has expanded to an entirely new level. One tooth keeps pushing toward the back of my mouth and the other is being thrust forward, while the gum line there is becoming irritated and actually receding. The result? I must have one tooth pulled (to avoid infection) and the other will be forced back in line by a series of trays built specifically for my mouth, but mostly invisible to others in general contact.

So, for 20+ hours a day for the next 6 months, I will be struggling through all of the social issues I faced as a 10 to 12 year-old. I don’t feel ready to be plunged back in to that world. I feel like Drew Barrymore’s character in the movie Never Been Kissed, looking in the mirror and shouting, “I’m NOT Josie Grossie, anymore.” I haven’t had a cavity in years. I actually do floss every night (mostly because the crowded bottom teeth require it and get actual relief from it). I absolutely, in all honesty, love going to the dentist to have my teeth cleaned.

The teenage girl in me wants to scream, “This is so unfair!” and flop onto my bed, thrust my face into my pillow, and cry it out. Okay. I may have done that last week. Twice. So, again, I embark upon another procedure out of medical necessity that will change my appearance (hopefully, again, for the better). Hopefully the experience will become a positive one in the end. The dentist promises that not only will I be relieved of the pain the tooth is causing, my smile will be perfect.

I will then be in my mid-thirties with a new nose and a new smile. Perhaps, my thirties are just the right time for these improvements. I’m much more financially stable than I was in my early twenties, and since we have chosen not to have kids, our savings is just for my husband and me. Even after all of the dental is over, I won’t badger myself again for having a cosmetic procedure here and there. If the thirties are the new twenties, then maybe my thirties can also be the new “me.”