I don’t know about you, but I have a Tiger King hangover. That was such a trippy, wild ride, and I’m dang tired just from hanging on, and watching from my couch!

Now, however, I’ve finished the show, the podcast, and even all the David Spade interviews with the cast. I’m looking for something else to watch, and I need something to fill that big tiger-shaped hole in my new TV binge watching hobby.

Thank goodness, Netflix has come to my rescue, AGAIN! They have the BEST True Crime Documentaries, and I’m just going to continue on down their lineup.

10) The Staircase — It sounds like a scary movie, doesn’t it? It’s bizarre, that’s for sure. Kathleen Peterson, wife of novelist, Michael Peterson, supposedly died when she fell down the stairs. Michael was eventually convicted of her murder, but did he really do it?

9) The Devil Next Door — A seemingly normal Cleveland grandfather is forced to go to Israel, and defend himself against the terrible allegations of being the infamously feared Nazi death camp guard, Ivan The Terrible. Who would believe this elderly neighbor was possible of committing such crimes?

8) The Disappearance of Madeleine McCann — We all remember the story about the little 3-year-old who vanished while on a vacation with her family. Will we learn the truth?

7) The Innocent Man — This true crime story is so bizarre, John Grisham wrote his ONLY True Crime Novel based on the story. The book inspired the documentary. A small town in Oklahoma hides many secrets, including who abducted and killed 2 woman. Did the police blur the lines? What really happened?

6) Amanda Knox — You might remember this case from the national news, a few years back. Amanda was an American exchange student living in Italy, and she was convicted of the murder of her roomate. She spent nearly four years in an Italian prison, before they acquitted her of all charges. But, what really happened?

5) The Keepers — This docuseries looks at the death of Sister Catherine Cesnik, and tries to find out what really happened. Were the priests to blame in this bizarre case?

4) Evil Genius: The True Story of America’s Most Diabolical Bank Heist — You might, again, recognize this from the national news. It all starts when a pizza delivery guy robs a bank with an explosive tied to his neck. Spoiler alert — he doesn’t make it. The story just gets more crazy from there.

3) Wild Wild Country — Bhagwan Shri Rajneesh, an Indian guru, develops a bizarre cult of devotees in the United States. Rajneesh and his followers believed in ‘free love,’ and they would go to drastic measures to protect their belief. Spoiler alert — They poison nearly a whole town. This is one WILD RIDE!

2) Conversations With A Killer: The Ted Bundy Tapes — Find out what happened — in his OWN words! He was a good looking, seemingly normal guy, but he committed a string of very violent murders, then he decided to record his story. Here it is.

1) The Confession Killer — Henry Lee Lucas was a serial killer, who’s evil crimes spanned from 1960 – 1983. He is convicted of killing more than 11 people, but he ended up confessing to hundreds of unsolved crimes. What is the real truth? Follow this totally unusual and outlandish story as it unfolds. 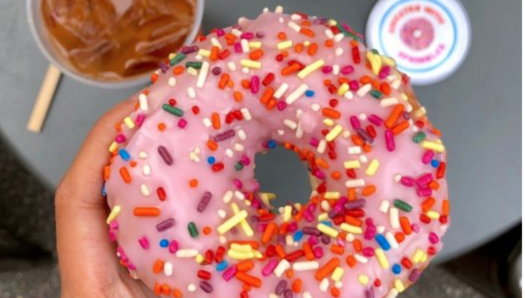 Previous
Dunkin' Donuts Is Giving Away Free Donuts Every Friday In April, and Here's How You Get Yours 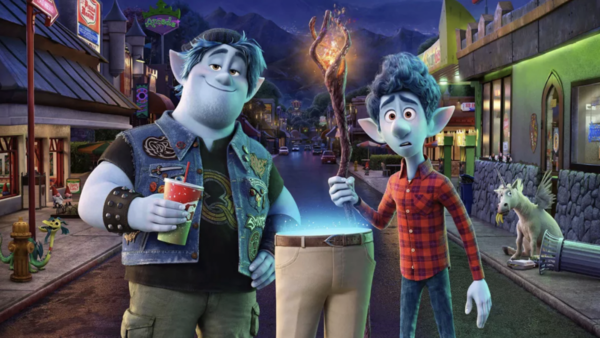 Next
You Can Now Stream Onward On Disney+ and I Am So Excited
Click here to cancel reply.