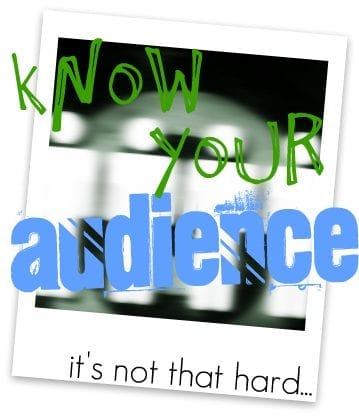 This weekend my husband and I took our daughter to the Casa Manana children’s theater. We have season tickets that my mother-in-law gets us every year. All in all they are awesome. I was wowed by their production of Treasure Island, I cried when Charlotte climbed up to her web for that last time, when Shere Khan stepped out onto that orange stage I laughed out loud, and my daughter still talks about that other snowman from the Frosty show.

But, this time–they did not impress.

Their production of Alamo, the Musical was completely inappropriate. Now, I know what you’re probably thinking, “Jamie, how can they tell the story of the Alamo without a little death and canon shooting?”

I’m not upset about that, I am upset about Santa Anna holding an old man at knife point in front of my four year old–it was unnecessary to the story, and not at all in line with their audience.

You see, when that happened I started looking around the Casa Manana theater and gauging the ages of the audience. Adults aside, (because seriously, we’re just there for our kids) the average age of the theater goers was four or five. So, here we are watching a play with a great set and some of the best singing I’ve heard from that theater in the last four years, and they bombed it because they didn’t know WHO they were putting on the play for.

Which, got me to thinking…

When I sit in writer’s workshop on Wednesday nights, I hear a lot of really great stories… but I don’t get who they are for. You hear all the time in the writing business that you should just write a good story and not worry about things like trends or things like that, but I do think you need to worry about WHO your story is for. YA writers think a lot about this when they are monitoring their bad words, romantic scenes, etc., but I wonder if it’s more…

How do we really know that the stories we’re telling are geared toward the people we’re writing them for?

I don't think I could write YA. I'm a fairly young mom of three teen boys and I honestly am surprised at how much I *don't* understand about their world. I had them young so I could relate better to them when they reached this age. Yes, I do better than most of the older parents, but still...so much has changed about being that age in the last 20 years. Since mine are all boys, I'd probably do better writing a boy YA book, but that's so not my style.

As far as my own writing, I definitely keep audience in mind. That's been drilled into me since I was very young. It applies no matter what I'm writing. My husband didn't "get" a few things about my main character. I almost made changes based on that input, but then remembered he's NOT my target audience so of course he doesn't get it. My target audience did understand why she's the way she is about certain things.

ALWAYS know your audience. I think this is the most important advice a writer can have, whether they're writing essays for school or fiction for seniors. .-= Kristie Cook´s last blog ..Procrastination...or Funk? =-.

Hi Jamie, I read your post on Guide to Literary Agents and thought it was great. I'm excited to find your blog. Have a great day! Amy .-= Amy L. Sonnichsen´s last blog ..Montana =-.

I think it varies person to person, and obviously genre to genre. But honestly, I think as long as the story is true - believable, frank, fearless - then no matter what age the readers are, they'll enjoy it. One of the worst things about children's books (and why I didn't bother to read until I was 6) is that they're all aimed toward children, in the sense that they're boring, largely plotless, and rely mostly on colorful pictures. When I was ten, I hated books written for my age, but I loved The Hobbit by Tolkien. Basically, the story must be well written, and if the character's are true and the story is rich, then it'll work. Again, there's obviously some aim required, but I think it's better to let it flow naturally, and then edit it, if necessary. Just my opinion!

@Bethany, I couldn't agree more Bethany... it's all about telling a GOOD story, then the rest of it sort of goes to the wayside :) .-= Jamie´s last blog ..Know Your Audience… =-.

I think my daughter would've been tramatized by that. Great points about knowing your audience. It's easier to say "just write" when you aren't planning to market to a specific genre. :)

@LS Murphy, I did one of those, oh hey daughter--look at this cool thing on my phone moves. I felt like such a loser parent for letting her see that!

I'm all for giving kids more credit than they usually get, but you're right, knife point in the name of drama is not appropriate for a 4 year old.

I'm also a YA writer (though I dabble in women's fiction, too), and one of the greatest things I did for myself recently was read BREAK by Hannah Moskowitz. Was it the greatest book I ever read? No. But Hannah wrote it when she was a sophomore in high school and it was pub'd when she was a junior. She proves that high school kids are honest, smarter than we think and don't speak only in slang. Worth a read.

@Liz Czukas, yes absolutely! I am with you. Most of the time I think kids can handle more than we think they can... but sometimes people are idiots, ya know?

I've been meaning to read Hannah's book... I should get on that, eh?