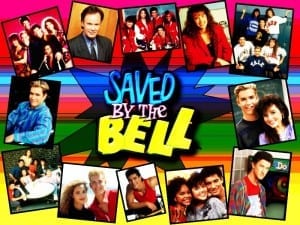 I’ve been getting really into facebook lately, and I recently friended someone from high school that was on the drumline with me.

That’s right, I was a bona-fide band geek.

Okay, now that we’ve established my life as a dork. Let me tell you about my Saved By the Bell Bell Moment.

We had this drumline instructor that thought he was one cool cat. He had the uber long hair, he was always carrying drumsticks around in his back pocket, you know. He was totally the man. He’d played drums at a cool college, and now he was a drumline instructor for our marching band. At the time, I didn’t realize that was probably NOT what he’d had in mind when he embarked on a career in music, and I thought he was just a total hard ass. More realistically, he was probably just seriously pissed that his band never took off, and he was now stuck doing the one thing he’d feared most–teaching high school band.

One rainy August morning, during band two-a-days (That’s right uber jocks, you weren’t the only ones beat down with two-a-days. We spent the first month before school started out in the blazing heat as well. I actually did it with a freaking bass drum strapped to me, so I don’t want to hear about your stupid pads and how hot they were. That bass drum sometimes got so hot in the sun that the metal actually burned me. Okay?) he decided he wanted to work on our music, so he had us bring our drums inside, and we set up on the stage in the auditorium. Fortunately, he let us put our drums on stands, and that made for a pretty easy day as far as band practice was concerned.

We’d spent most of the morning goofing around and getting in trouble for it, because hey… this was band practice in the middle of our summer vacation, and that’s the sort of thing we did. Apparently we weren’t staying on tempo at all, and since that was basically our own job as a drumline (okay there were other jobs, but you get the point.) he went and got the metronome. When we STILL weren’t staying on tempo… he went and got this ridiculous loud speaker and hooked it up to the metronome. It was mind piercingly annoying, and basically just a stupid form of torture, because he was so pissed about his less than rock star life.

Sorry, there buddy. When you chose this life, you knew there was only like a .02% chance you’d actually turn out to be a rock star. So get over it. 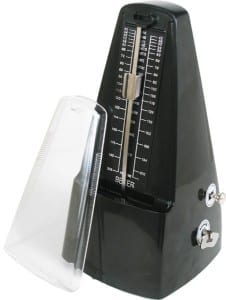 Anyway, we finally broke for lunch. After we finished our Taco Bell, and were hanging out on the stage waiting for him to get back, a few of us (read seniors and a couple of the cooler underclassmen) came up with the great idea to just hide the metronome and the super loud speaker thing. And so we did.

When Mr. Rock-Star-Wanna-Be-But-Never-Made-It came back and discovered his metronome was gone, his reaction was quite simply–priceless.

When I look back on this story. I can actually see the steam shooting out his ears.

He yelled for a while that we better give him his metronome back, and when we didn’t– he did what any pissed off teacher would do. He decided to torture it out of us. He made us put on our drums and forced us to play until we told him. Well, no one was saying a word. The rest of the drumline had watched us hide it, but they kept their mouth shut. Hiearchy was alive and well in the band hall, and they knew better than to piss us off.

After a good fifteen or so minutes of jamming away while the steam shot out of his ears he yelled for us to put it down. He then informed us that he was going on a smoke break leaving the auditorium and when he returned the metronome better be sitting back in its place.

We totally put the metronome back in its place. He was pissed, and we didn’t really want to see just how far he would go. It’s tough when you’re a struggling musician, ya know.

So he made us put our drums back on and we started back over again with his excruciating torture. What he didn’t realize was we were damming the man, and those drums had never felt lighter. He left the room again, this time with instrutctions that when he came back he would be asking the perp to step up and admit to their actions, or his torture would continue.

Those of us that had actually hid the metronome convinced the rest of the drumline to go along with us, and we’d decided that we would all admit to stealing the metronome. I mean, he couldn’t kick us all off the line, right? It’s not like we were the flute section… they needed us…

So, we scared the freshmen into siding with us decided as a group that when he asked for the metronome stealer to come forward, we’d all do it.

He came back in the room, still spitting mad, and asked one more time. “Who took the metronome?“ 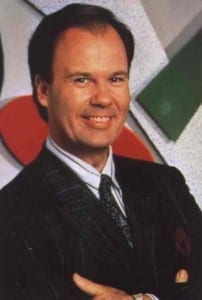 And we started raising our hands. One by one, the entire drumline raised their hands, confessing to our crime. I don’t know if it was the fact that the five or so of us that had actually stolen the metronome weren’t going to have to call our parents and or the fact that we stood strong against a teacher, but it was awesome.

He laughed, smiled, and shook his head. We were off the hook. Which was good, because Mr. Belding  surely would have given us some sort of hilariously inappropriate punishment along with months and months of after school detention. But, if Zach Morris happened to be waiting outside the principal’s office, it might have been worth it.

hahaha...that's great. i could never pull off something like that. i'd be too scared! BTW, i was in the band too & i loved it!

Guess jocks aren't the only ones with team spirit. Cool story! (Zach can be waiting for you outside the principal's office, and I'll take Slater. ;)

What a freakin awesome post! I can sooo see this as a SBTB episode. Why am I not surprised you were involved in taking the whatever that thing was called? LOL Now that I know you were a drummer I can have you help me with a particular scene involving a certain girl and her rockstar love interest...