That dream of one day having enough money to make all of your problems go away is never as prominent as when there’s the potential for a huge lottery win on the horizon. This Saturday’s Powerball drawing saw not a single person walking away with a ton of cash, meaning that the next drawing comes with a possible winning amount of $1.3 billion. That’s right, billion. As in, several wonderful, life-changing millions. Winning that much all in one go is a dream come true for a lot of people out there who take the chance on the lottery every week, but aside from paying off your house, debts, and student loans, what would you even do with that much money? Well, we happen to have a few ideas for those winning Powerball Numbers… 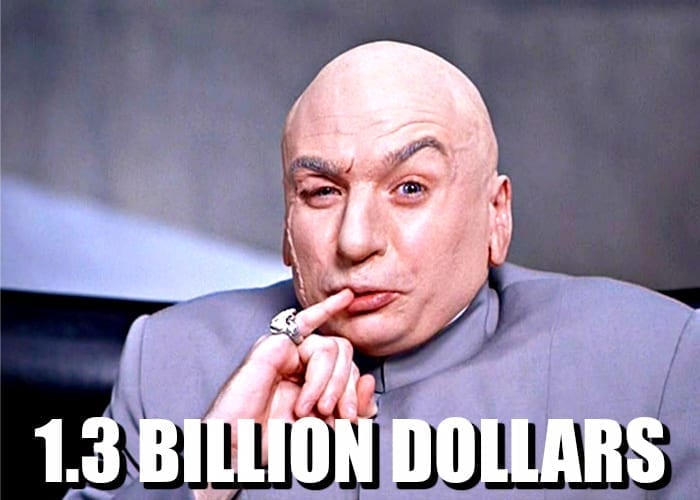 Here’s What Those $1.3 Billion-Winning Powerball Numbers Can Buy You:

1. A toast to your success – Once you’ve gotten over the shock of having won more money than you can actually comprehend, you’re going to want to celebrate in a style befitting of your new status in the world. And what’s better for celebrating than a bottle of champagne? If you want the best bubbly that money can buy, you’ll want to get your hands on a bottle of Gout de Diamants, known in English as Taste of Diamonds. Sounds expensive? That’s because it is. A single bottle of the stuff, complete with a white gold plate label on which rests a Swarovski crystal, will cost you $1 million. But with the kind of cash you just won? You’re going to want to think a little bigger…

2. The company you work for – Having a lot of money all of a sudden doesn’t mean you have to break out the balloons and the champagne and quit your job by doing donuts in the parking lot. Why not stick around…and just buy the whole place for yourself? Not only does this mean that your money is actually making you more money, but it also means that you get to tell your boss what to do for a change. Assuming you don’t work for a mega company like Apple (now worth $700 billion) or Google ($365 billion), you might find that your workplace is well within your price range. For example, for around $1 billion, you can own the note-taker’s best friend Evernote, the gaming gear makers Razer, the “What’s that song called again?” app Shazam, the sexter’s instant messaging dream Kik, or the budget-friendly antivirus software Avast.

3. The best friend you’ve ever had – Man’s best friend, that is. After all of your friends and family have deserted you for not splitting your massive winnings with them immediately, you can still count on your faithful pets to never leave you. Don’t have a dog yet? Not to worry! You can get a puppy belonging to the world’s most expensive dog breed, the Tibetan Mastiff, for $1.6 million.

4. A watch fit for a Time Lord – In 1932, a New York watchmaker by the name of Patek Philippe created the Henry Graves Supercomplication, a pocket watch that, in addition to just telling the time, does 24 other things. Can you even think of 24 other things that you’d want a watch to have? A stopwatch, maybe, or the date? This thing does both of those things, and it’s also got a perpetual calendar that adjusts for leap years, the phases of the moon, an alarm, the Westminster chimes, the times of sunset and sunrise, and a celestial map of the night sky above Central Park. The Doctor ain’t got nothin’ on this watch, y’all. The cost? $19.5 million.

5. A private island – A classic purchase of the rich, famous, and/or powerful, owning your own private island means you get to jet off to the sun and sand whenever you feel like it – probably in your own private helicopter. But where does someone suddenly awash with cash go to buy such a thing? Well, to PrivateIslandsOnline.com of course. What? There’s a website for literally everything these days. If you want the best island that money can buy, you can check out Rangyai Island in Thailand, which is currently on sale for $160 million. Looking for something a little closer to home? Pumpkin Key is just off the coast of America’s state-sized retirement home in the Florida Keys – and it’s a bit cheaper, with a current sale price of $110 million. 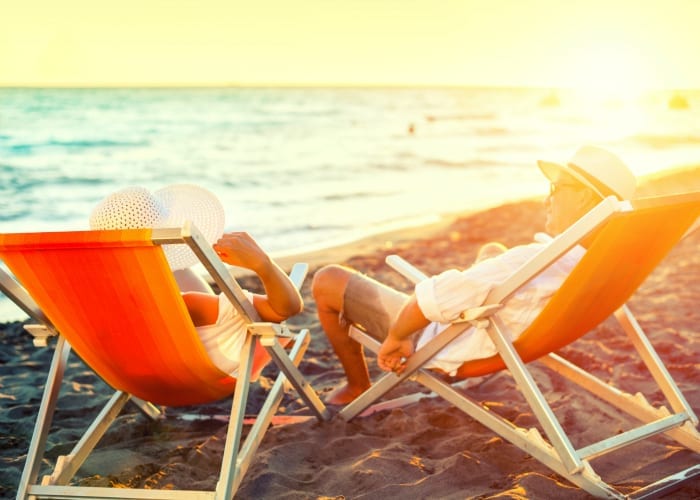 6. A fairy tale castle – Of course, if sunburns and sand in unmentionable places aren’t really your thing, you might want to spend a bit of your new fortune on a castle. Europe is positively filled with castles, and while a lot of them are historical sites and tourist attractions now, there are still plenty that you can have all to yourself if you’re willing to pay the price. In fact, for the low, low price of only $55 million, you can get a 13th century castle in Essonne, France, complete with a moat, a 3-acre flower garden, a 25 meter indoor pool, and a music recording studio.

7. The method to preventing a nuclear disaster – Or, at least, a really small one. A relatively-understudied periodic element called californium has been found to be helpful in storing radioactive material and recycling radioactive fuel because of its extreme resistance to radiation damage and its ability to bond easily with other materials. Basically, if they’d been using this stuff to contain nuclear waste all along, there would be a lot fewer superheros in the comic book world who got their powers by accidentally falling into a vat of the stuff. So what’s the catch? A single gram of californium will set you back $280 million. Chump change for you, Mr. I Won $1.3 Billion in the Lottery, but a step in the right direction if you’re the heroic type.

8. The world’s most expensive car – If, for you, being rich also means you have to look the part, then you’re going to want to be driving the best set of wheels that money can buy. In 2013, an unidentified buyer paid $52 million for a 1963 Ferrari GTO, making that red, Le Mans-racing machine the most expensive car in the world. Of course, “unidentified buyer” means you might have a little trouble getting a hold of whoever owns it now. If you’d rather not go to the trouble, you can always try tracking down one of the most expensive cars of the modern day – the $4.8 million Koenigsegg CCXR Trevita, only three of which were ever made.

9. A Manhattan parking spot – Of course, no matter what super expensive car you end up driving to the very edges of every parking lot in fear that someone’s shopping cart will scratch the paint job, you’re always going to need a garage to park it in at the end of the day. And if you live in increasingly-crowded Manhattan, a parking space at some of the borough’s most upscale penthouses will cost you $1 million – on top of the $11 million you’d be paying just to live in the building. But hey, if you really had your heart set on that “I heart New York” novelty t-shirt, your lottery winnings will easily cover the cost of that and more.

10. A space shuttle – Space: The Final Frontier. If you were one of those kids who always dreamed of being an astronaut but never made it through an aeronautics program – much less your high school science classes – then your winning Powerball numbers might just be the best chance you’ll ever have to float among the stars. Now, you can sign up for Virgin Galactic’s Future Astronaut program for only $250,000 (after, presumably, selling your soul to Richard Branson). But having just a seat on a space shuttle seems like small beans when you can totally afford the entire shuttle. SpaceX, the company led by Elon Musk that, in 2012, launched the first privately funded spacecraft to deliver supplies to the International Space Station, currently sets the price point for its Falcon 9 shuttle at $61.2 million. And doesn’t that just sound like the best courier job that’s ever existed? 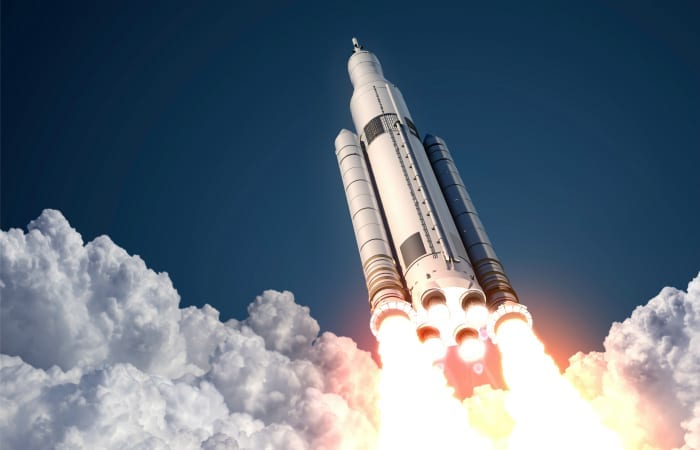 Really, with a pile of money that even The Joker might hesitate to burn, all that stands between you and the perfect life is the limits of your imagination. Of course, if all of this sounds a bit too extravagant for you, you could just donate most of it to charity and live in relative comfort for the rest of your days. But where’s the fun in that?

Good grief I wish I had these problems. Being unemployed for one year thanks to the Saudi's flooding our market with cheap oil ain't no fun!!