Almost anyone with kids has spent more than their fair share of time sitting on those little plastic/metal chairs at McDonald’s, sipping away at a Coke, while the kids were burning off energy on the playground. And during that time, you may have also noticed that the Coke’s at Micky D’s are way better than what you can get anywhere else…did you ever wonder why though? Here’s the real reason why McDonald’s Coke Tastes Better. 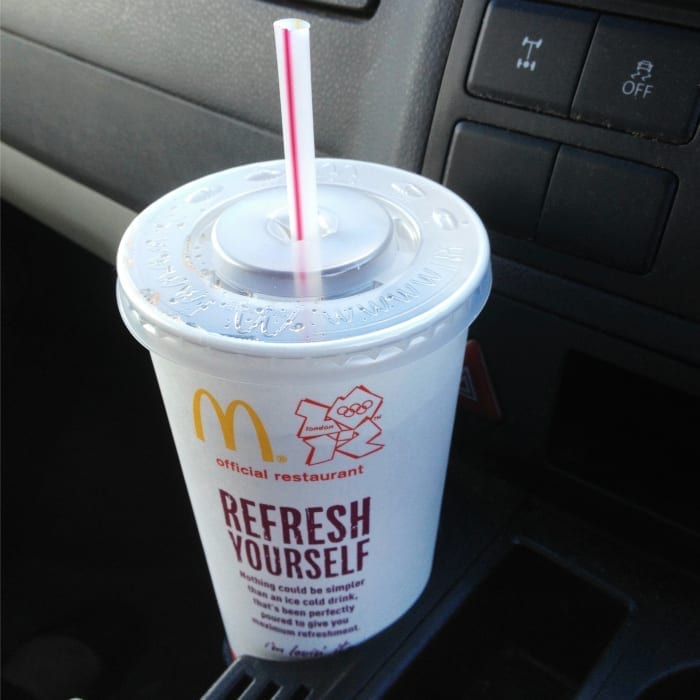 Did You Know There’s A Reason McDonald’s Coke Tastes Better?

First, it isn’t the syrup. I know you think that’s why, but you’re wrong. Actually, while most restaurants have their syrups delivered in plastic bags, Coca-Cola brings McDonalds special stainless steel containers that keep things just a little fresher and  preserve the ingredients better. So while they don’t add extra syrup, they do take steps to make sure the syrup is served as identically as possible at all of their restaurants.

You should know, too, that while they don’t give you extra syrup, the melting ice and how much it dilutes the drinks is taken into consideration with their syrup ratio. So if you’re like me and ask them to hold the ice, you actually ARE getting a slightly sweeter drink than those who go full cube.

Second, it’s cold. Like, really cold. While McDonald’s has been known in the past for their hot coffee, it should probably be recognized for its cold carbonated beverages. Cold temperatures hold carbonation better, so by serving it just a little cooler than their competitors, McDonalds is able to make the carbonation last longer and more bubbly means a better taste.

Not only that, but their straws are slightly bigger so more of that carbonated goodness hits your tastebuds all at once. Apparently, with straws at least, bigger really IS better.

Third, McDonalds really wants you to love your soda, so they actually filter the water more than most to keep the quality even higher. In fact, they invest a lot of money into keeping their double filtration system well maintained and working better than anyone else’s system.

I mean, think about it…better drinks means parents don’t mind sitting as long to watch the littles run in circles through the playground.

HEY, REDDIT! I was scrolling through the front page before I went to bed tonight and saw you all reading this!! Thank you so much!! You made my night!!! ~Mary

Have a Did You Know question you want us to check out? E-mail: mail@totallythebomb.com! We’d love to hear from you!

Questions or comments about this post? Tell us about them below!

You are spreading misinformation. I worked at McDonald's as well as my wife and they use syrup boxes and it is just a slight amount more syrup. The stainless tanks are co2

Isn’t the carbonation added to the syrup via tanks of Nitrogen along with the water when dispensed?

I don't McDonald's has the best Coke. I think their Coke tastes a little off. It tastes sweeter than normal. The best Coke is always from Chinese restaurants for some reason. It has a "bold" flavor, not overly sweet like McDonald's. The McDonald's Coke tastes like Pepsi.

Not anymore! They started using the plastic cups and they don’t taste right anymore.