Okay, so, if you’re anything like me, you were rudely awakened one late afternoon at twenty-one-years-old to the sound of your mom coming home from work and complaining that you hadn’t even gotten out of bed yet. As you pulled on your stained sweatpants and tied your dirty hair back into a ponytail, you realized: I need to get my own place.

Three weeks later, a thousand dollars in debt to your parents – with many questions regarding the validity of your friendship with the people who refused to help you move – you sit back amongst your unpacked boxes and take a sip of warm beer out of the McDonald’s cup you got with your breakfast yesterday morning, and you declare to your 200 square foot studio: “I…AM…AN…ADULT!!” 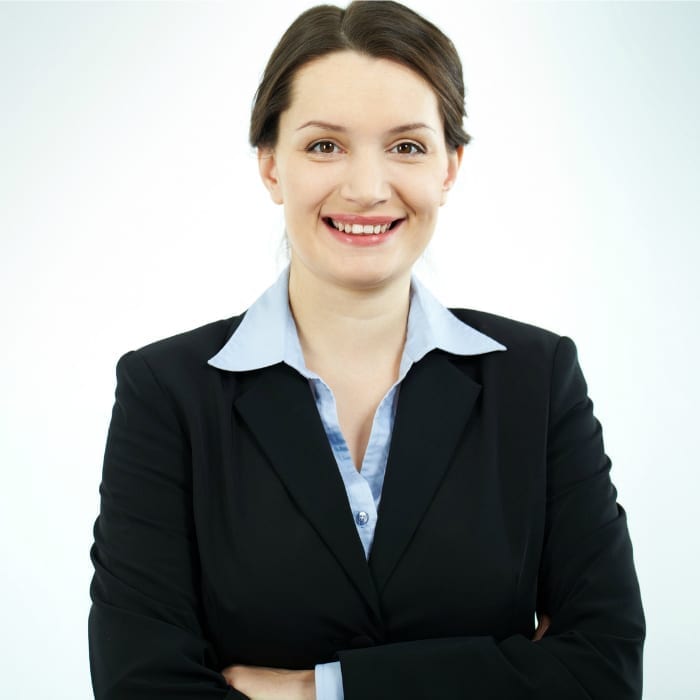 This is your proudest moment so far. It’s better than graduating from high school, it’s more exhilarating than beating your older brother at rock-paper-scissors, it’s more satisfying than the first beej you gave without accidentally tooth-grazing the guy’s johnson.

You are an adult. You have put your childhood behind you and stepped onto the road of adulthood that so many legends have walked: Nelson Mandela. John Lennon. The Dyson vacuum guy with the British accent. This is effing amazing.

Adulthood turns out to have some teeth. You find out that working part time at a coffee shop won’t make you enough money to pay rent AND electric AND get gasoline AND buy food.

“Well, that’s okay,” you think, “I just won’t eat out as much.” You don’t really mind, because you’re FREE! Free to sleep in on your days off, free to stay up as late as you want, free to leave those dishes in the sink until the bacteria in your soup bowl begins to colonize and decides to invade the community of mold that’s growing in your milk glass. 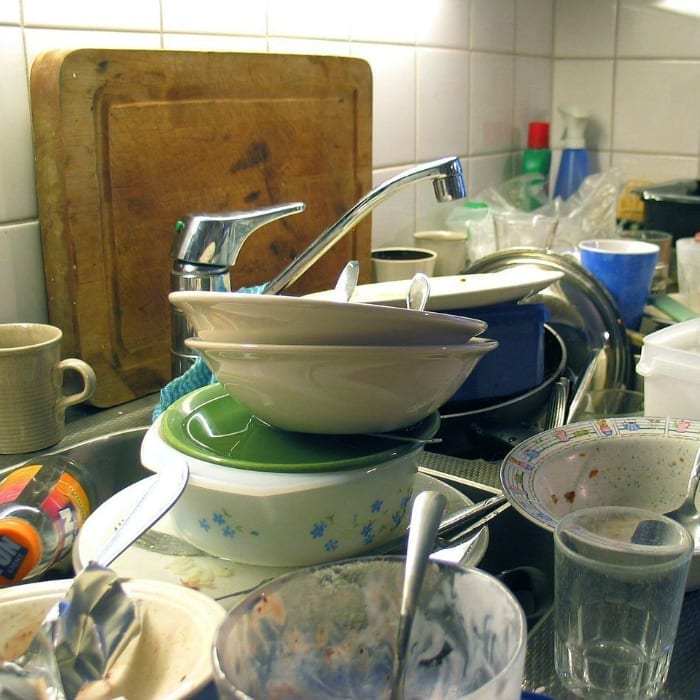 Fast forward six months. You’ve taken a second job as a cocktail waitress, because, bills. You still don’t have any money, though. Now your feet hurt 24/7, you haven’t seen your friends in half a year, and you’re beginning to despise the entire male population because if a customer “accidentally” brushes up against your boobs ONE MORE FRIGGIN’ TIME, you’re going to take over the entire world and declare, in an estrogen-fueled rage, that every Thursday from now on is Mandatory Castration Day.

Also, you think you’ve got high blood pressure and severe malnutrition because all you’ve eaten for the last six months are instant ramen noodles. 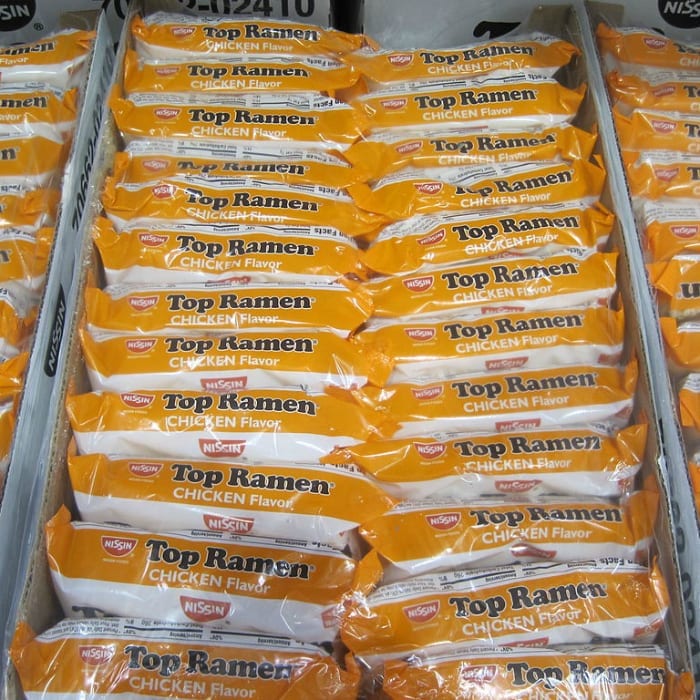 This is your life now, bitch.

All you want is to be able to sleep in a little. Or maybe just have a whole day off from both jobs. Or maybe just be able to buy a TV stand so it’s not on that liquor box in the corner and like, I don’t know, rent a movie, so you don’t have to just keep watching the Lord of the Rings trilogy a/k/a No Receipt: The Mordor Return Policy over and over and over again. You would give anything to be magically transported back to your childhood, where you could whine a little bit and your mom would prop you up on the couch with a PB&J and let you eat it while watching Fraggle Rock as long as you didn’t get any jelly on the couch.

But you can’t go back. You’re an adult now.

I am now 34, and I have a 12-year niece. When she comes up for air from her iPhone and we talk, I see how excited she is to grow up. She is ready for it to happen, like I was at that age. I try to warn her. I tell her, “Enjoy being young, growing up isn’t all that great. You just trade your parents and chores for bosses and bills,” but I see her eyes glaze over and I know what I’m saying is just going in one ear and out the other. I become desperate, trying to figure out how to make her comprehend what I’m saying to her, but to no avail. She isn’t listening. I might as well be speaking Klingon and doing interpretive dance in front of her for all it’s worth.

I feel like that creepy old guy in every horror film who warns the teenagers not to go near the cabin/lake/cave/cemetery, but they always go anyways. Amidst being chased/murdered/possessed/eaten, you want to scream, “WHY DIDN’T YOU LISTEN TO THE OLD MAN! HE WAS THE HARBINGER! HE WAS RIGHT!” but even if you did, they wouldn’t hear you. They’re too busy trying to hide in that pile of super loud aluminum cans or locate their severed limbs or screaming. Selfish. Whatever.

Who knows. Maybe chasing the uncatchable is a part of life. It’s part of who we must be as humans to grow and blossom and continuously strive forward until we just dive off the cliff like lemmings into death’s cold embrace. Don’t you think that sounds amazing? Yeah, me either.

I think where I am right now is the next uber-frustrating super exciting period of life. It’s when you’re entering into the Been There Done That stage of your existence, but you’re not quite long enough in the tooth for kids to enjoy your stories and listen to your advice, and you’re not quite feeble enough to beat them with a stick and get away with it when their tomfoolery gets on your nerves. But I know I’ve been through the worst part of it so far, which is the part where you realize that Disney betrayed you and life isn’t anything like you thought it would be, there are no Prince Charmings who want to save you, there’s just Kevins and Mikes who want to spend just enough money on you to get you to touch their penises.

I’m over that. I know adulting sucks. I know it SUPER SUCKS, but I’m used to it. I looked at adulthood one day and though, I must not fear. Fear is the mind-killer. Fear is the little-death that brings total obliteration. I will face my fear. I will permit it to pass over me and through me. And when it has gone past I will turn the inner eye to see its path. Where the fear has gone there will be nothing. Only I will remain. I am the Kwisatz Haderach.

…….No wait, that’s from Dune. But still, it’s a solid mantra to get through bad times. Anyways, here I am on the other side. Well, partly through. I’m through the fear part. Now I’m just at the point where I’m dreaming about getting OLD older, I have to patiently wait so I can one day sit in a chair on my front lawn and guard my trash pile with a shotgun and it won’t seem too strange. And even if it does seem strange to people, well… I’ll be just old and senile enough not to give a damn what anyone thinks anymore. 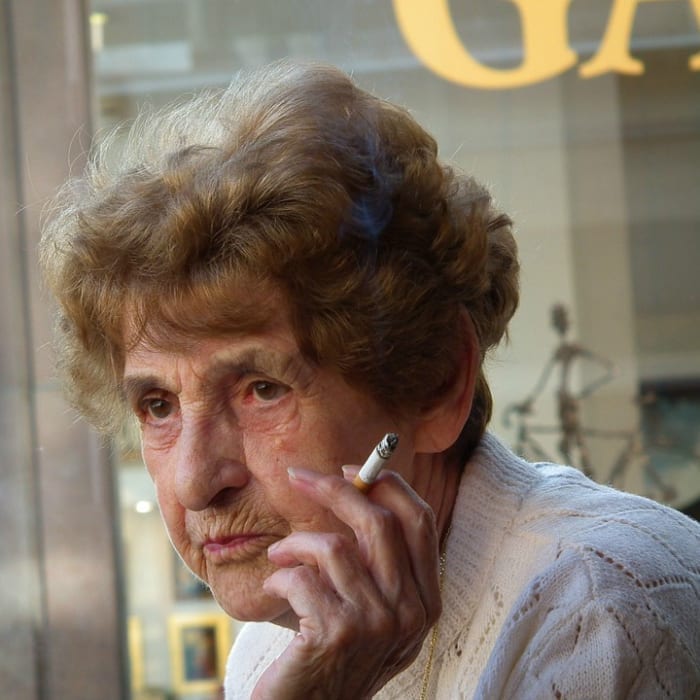 See what you have to look forward to?

Hahaha! I love how your entire family has come out to support your post! This is amazing!

I know, aren't they fab? I was also lucky to have them there to pick me up and brush me off whenever I fell. I think that's the only reason I survived the transition into adulting.

Ok, I'm her Dad, but she tells the Truth! LOL! I'm amazed at what a wonderful writer she is. So good to see her blog today. It's like seeing her on the Jerry Springer show...

No, that would be your other daughter.

Just kidding, sis, I love you!

Brilliant summary. But just wait. I'm still trying to figure out what happened to the transition period to geezerhood. I was looking forward to maybe playing a little golf with other aspiring geezers along the journey. But that never happened. I just woke up one day, and without warning, I had become a full fledged geezer. No easing into it. Just thrown into it like the protagonist of Slaughterhouse Five. Jumping around in the timeline. I haven't even read the training manual yet. You won't have to worry about that for some time, but watch out. It sneaks up on you.

So you had an unstuck-from-time Vonnegut moment crossed with a Kafka's Metamorphosis kinda thing? *Shudders*

Oh dear. I'm going to try to remember that so it won't creep up on me. But it probably will. Because life.

Awesome, I could of told you but you wouldn't have listened! LMAO Congratulations, Uncle John and Aunt Ronda love y'all!

Thank you guys! I love you, too!