I love things clean. It’s just better when all the visible surfaces in my house are free of clutter and just general messiness. The only problem is, I am pretty much the messiest person on the planet. As it is, my husband does most of the housework, and thank goodness for that. But, I have finally figured out how to never organize anything again. 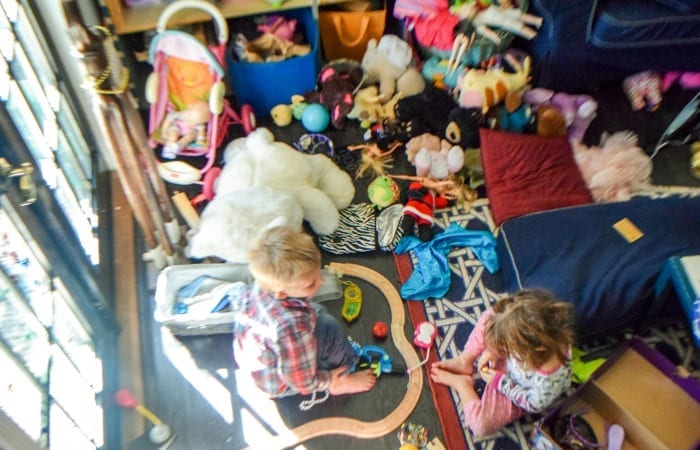 You see it all started with this little book, The Life Changing Magic of Tidying Up. I am sure you’ve heard of it, because pretty much everyone is talking about it. If you aren’t familiar with the book, it uses something called the Konmarie method, where basically you pull all of the stuff out of every nook and cranny in your house and touch it. If it “brings you joy” you keep it, if not, you get rid of it.

So, here’s the deal– at first I found this method pretty impractical, and then, I started going through my house to organize things. Of course, the first thing I did was bought more storage bins and tubs, because if you’re going to organize, then you need bins, tubs, and totes. 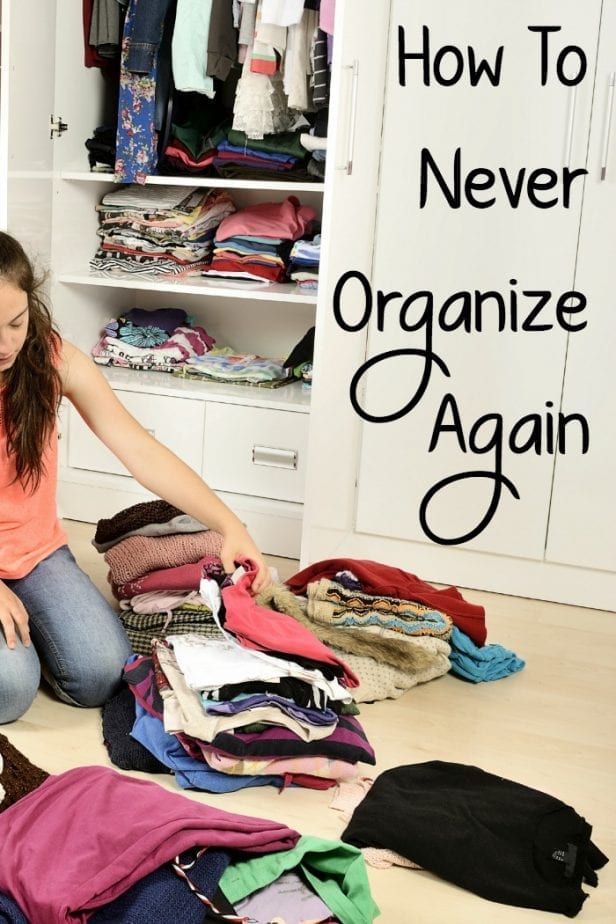 So, instead of doing that, I took those tubs right back to the store, and I threw out the tubs. Because NOBODY needs tubs full of stuff. If you need tubs to organize your stuff, then YOU HAVE TOO MUCH STUFF. The shelves in your closets should be MORE than enough space for everything you need. If you think your kids need piles and piles of toys, you’re wrong. I can guarantee that if you go in your child’s designated toy area, (be it play room, corner, or whatever you have the space for) there is a toy that they haven’t touched in at least three months sitting right there. Do yourself a favor and get rid of it. If it’s in good shape, donate it to Goodwill, and if it has been drawn on or has broken pieces, throw it away.

BUT, and here is the key– THROW THESE THINGS OUT WITHOUT REMORSE. That’s right. As you are throwing this stuff out, I do NOT give you permission to feel guilty about it. Instead, BE HAPPY. BE EXCITED YOUR HOUSE IS ONE STEP CLOSER TO NEVER NEEDING TO BE ORGANIZED.

Keep going. Do this every day for two weeks, or a month, or however crazy messy your house is, and when you’re done, donate all the totes, tubs and bins you were storing all that junk in.

I promise this will be the BEST CLEANING YOU WILL EVER DO. And when you are done you will never EVER have to organize again, because there is nothing to organize! Next time you go to the store, RESIST THE URGE to buy clutter. Just remember that feeling and how much better it is than having actual clutter.

Nice blog, the article you have shared is good.This article is very useful. My friend suggest me to use this blog. thank so much!