My 16 year old daughter is obsessed with My Little Pony. The thing is, I actually enjoy it myself, because let’s face it: “Friendship is magic.” I feel like I know far more about My Little Pony now than I did when I was a kid. She’s taught me the different generations of ponies, like in the 80’s they were the gen 1 and now like 35+ years later they are the gen 4. A lot has changed when I watched them…cutting edge compared to gen 1. So yeah, My Little Pony is still a thing, and apparently it’s a really big thing. 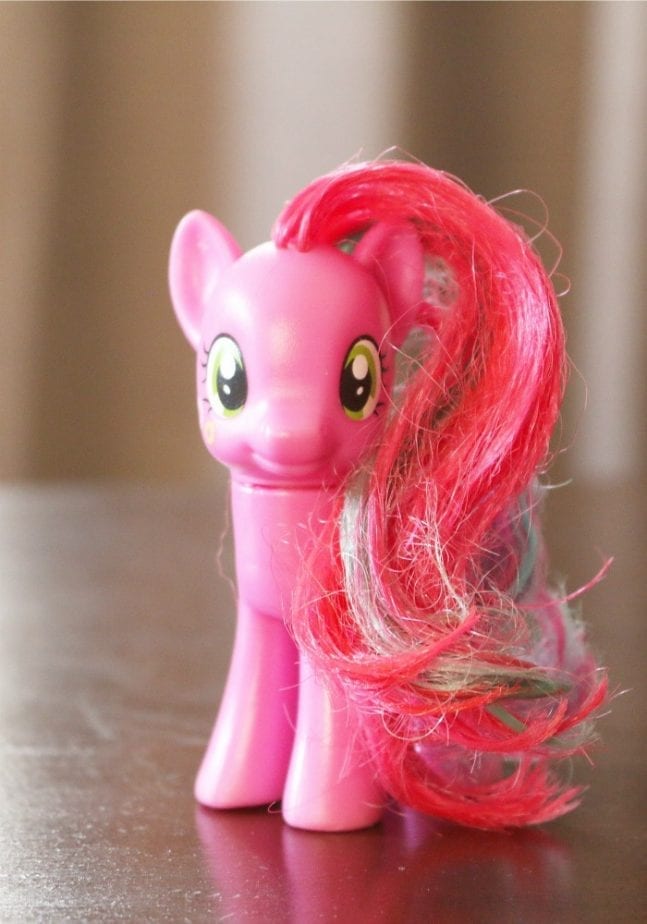 My Little Pony: They’re Not Just For Kids Anymore!

I’ve come to realize, with some surprise, that ‘Bronies’ as they are called come in different age groups because the cartoon has a lot of adult relatable content. I learned that real quick when I took her to Kuronekocon 2 years ago and multiple young adults were cosplaying in My Little Pony gear. I saw A LOT of Rainbow Dash. I really had no idea this was such a thing, like, as big as it is! (Are any of you relating to this, or am I the only parent in this situation?) My daughter got her first Vinyl collectable, and then it began…for the last two years her collection has been growing and growing. 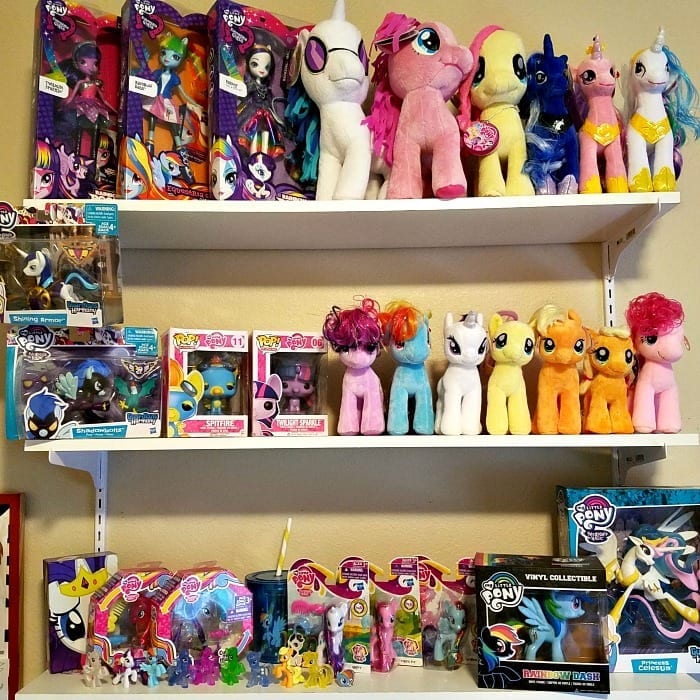 As it turns out, the episodes don’t come out every week, so when they do (we DVR them), she gets excited. When my husband is home, the whole family enjoys them (my husband tolerates them, he’s such a good dad). The premise of each cartoon ends with a healthy lesson in friendship, so it’s a positive for everyone. Maybe more teens and adults should watch it. Just sayin’…

My husband and I personally dig it when they add look alike ponies like: Dr Who, Thor, Weird Al…Then some scenes that have referenced “The Terminator,” and “Star Trek.” Scenes that parody, James Bond, Sherlock Holmes, Indiana Jones (specifically Raiders of the lost ark), Star Wars, I Love Lucy, Batman, and Transformers…I mean this is like adult heaven a little bit…it’s really no wonder people of all ages enjoy it.

They also have the “Equestria Girls” where the main 6 ponies go to another alternate universe as human girls with “Friendship Power.” The writers have definitely taken advantage of the opportunity to make MLP bigger than I ever thought it would be.

The fan base is astonishing. My only concern that my husband and I are aware of is the fan base of grown men, especially when our daughter joins pony Facebook groups. Something for parents to keep an eye on if your child is on Facebook and likes MLP pages.

I admit it. Call me crazy, but I like MLP. Rainbow Dash is my favorite…and now I’ve missed 2 episodes by sitting here writing this. (Please tell me I’m not only parent who watches this and enjoys it with their child.)