It’s no secret. I’m trying to get pregnant. I mean, it’s not like I talk about it incessantly, but I will NOT be guilted by grandmothers for not giving them great-grandkids.

We’ve tried the old fashioned way, we’ve tried minimal medical intervention, and we’ve tried full blown IVF. While we have managed to have a couple of early successes, for whatever reason, my little embryos aren’t sticking it out for the long haul. And while my soul has been crushed so many times now, I’ve got a full punch card for a buy-one-get-one-free transvaginal ultrasound, (The best kind, amirite ladies?) I’m not ready to give up.

My body, however, might be ready to toss in the towel. If not, it’s throwing a hell of a hissy fit by making me have a 4 week long period. 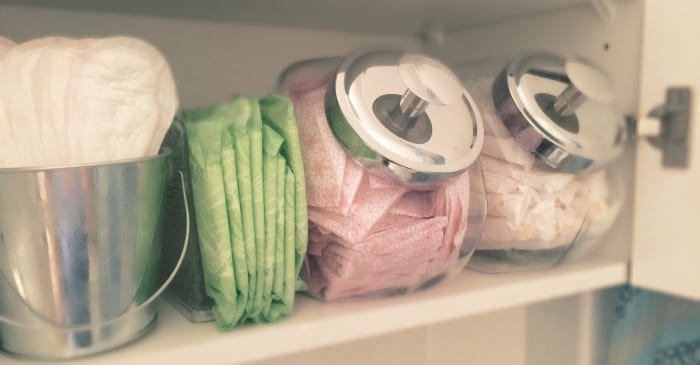 Because Of IVF Treatments, I Had A FOUR-Week-Long Period

See, when you do IVF you have to pump yourself full of hormones. And if you aren’t pushing hundreds of dollars worth of medication into your butt cheek, then you’re sticking dozens of dollars worth of medication into your hoo-ha. That can get a little tiring. Mentally, physically, and financially. After an abject failure last September, my husband and I decided to take a break for the rest of the year. I wanted to give my body time to reset. I also just wanted to find the time to live my life a little bit. Everything was going great until some time in December I started having baby dreams. I had so many of them, I decided to take it as a sign. The first day Aunt Flo rolled into town I gave my doctor a call and got the ball rolling. We did the ultrasounds, the medication, the lining measuring, and everything looked great.

Then I started to spot about 4 days before the transfer. Just a little bit! But the doctor cancelled the procedure. Again. This is probably the fourth or fifth time this has happened. (I’ve done this so many times I’ve freaking forgotten.)

When they cancel a transfer, you stop taking the medication. A few days later your period will show up. Usually I just had to wait a month for Aunt Flo to knock on the door again before I could start the whole freaking thing over. But I have to call on the first day of my full flow. In February, I started to spot a week early. Kinda weird, but no big deal. Then it stopped. A day or so later it started up again. I’d need a panty liner or two, then it would stop again.

WTF. When it started again, it was a little bit heavier. Okay…maybe this was my full flow….NOPE!

At this point I had realized I wasn’t going to be able to attempt a frozen embryo transfer this cycle. Things were too weird. But, I was in baby mode so I just wanted this period over and done with so I could get to the next one.

Well…my bitch of a uterus decided to string me along for four. Freaking. Weeks.

It kept starting and stopping. I actually have a calendar with notations about my flow in case I decided to go to the doctor. After two weeks of medium spotting, I got my real period. I wasn’t positive at the time but in hindsight it had “official” period flow. I had one more week of light spotting then, finally, my long nightmare was over….for two weeks. I don’t know if you folks can do the math on that, but I was one week short on my white pants wearing pass.

I then proceeded to have a THREE WEEK PERIOD. God. Damnit.

The next month I had a two week period. The month after that I FINALLY had a normal one week long period. It was super clumpy, but at least I was no longer tempted to buy stock in Tampex.

I didn’t go to the doctor. I just decided to wait it out. I’m not sure what he could have done for me aside from giving me medication and I just thought maybe I’d pumped my body so full of stuff that it was retaliating. I did send him an email. He didn’t have any suggestions other than to come in and see him. But he’s kind of expensive. Sometimes the non-baby visits are covered by insurance, sometimes they aren’t. So, I’m going to give my body another month or two of normal periods before calling the doctor again.

But honestly, I’m just kind of tired. I’m just tired of everything looking fine, then my body does something weird and unexpected. I’m not a medical oddity. We just don’t know that much about human reproduction. That sounds ridiculous but it’s true. There aren’t a lot of research dollars allocated for infertility. There’s almost NONE for male-factor infertility. (They just want to be sure the gun can point. They don’t care if it’s firing blanks.) Most people don’t have my problem. In fact, they have the opposite. I would freaking LOVE to have a surprise pregnancy.

We’ve been trying for almost seven years now. My optimism is straining even my own credulity.

But I’m not giving up. I’ve got six little frosty embryos in the bank and I’m going to give them their best shot…provided my uterus starts to cooperate! 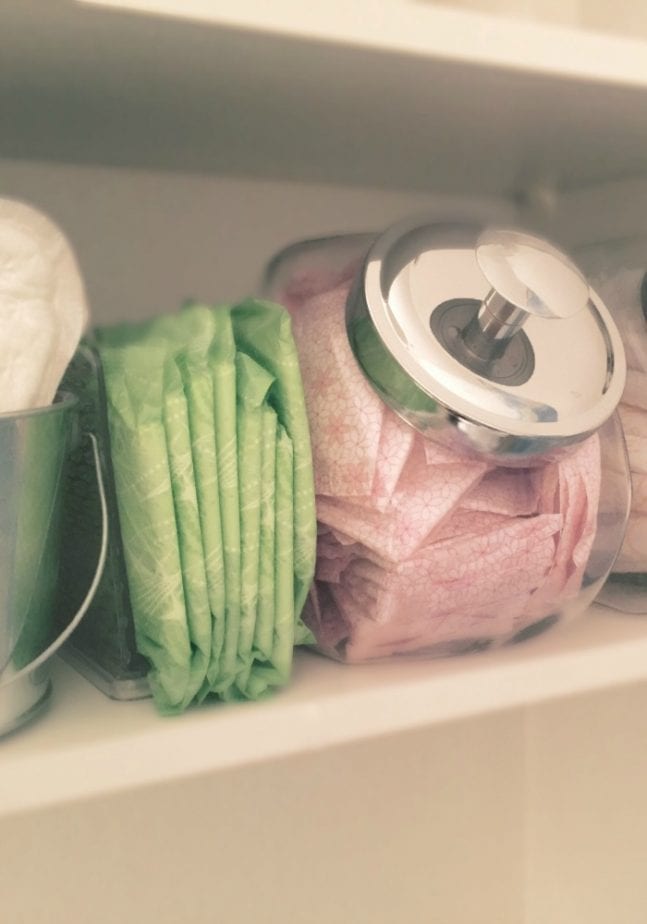 If you really wanted a baby you would have one by now. 7 years? Right..... Plus if you can't handle a 4 week period yii won't be able to handle the 6+ week one after the baby. Quit being selfish and hateful go adopt.

You are a hateful and ignorant person. To even take the time to write that comment shows what kind of person you are. You have no idea what it’s like to try a year much less 7 and deal with everything that IVF entails. Much less the treatments you go through before you finally try IVF. You are horrible and I’m sure there’s a special place for hateful people like you.

Thanks for sharing your touching story. I'm so sorry for your terrible loss of A.J. Have you tried acupuncture? I had several failed IUI and IVF. I did something very different last year. I had acupuncture one day before and RIGHT AFTER the frozen embryo transfer (same day as embro transfer date) and it worked!

Acupuncture is to increase the blood flow to uterus and it helps the embryo implantation.

Although it doesn't guaranteed that the miscarriage won't happen because most of miscarriage happens due to genetic or chromosome issue. Did your doctor give you enough Progesterone AFTER embro transfer? After the two weeks wait and confirm pregnancy, the doctor should make you continue Progesterone for another a couple of weeks.

Remember to stay away from the food that can cause miscarriage such as rosemary and don't lift heavy items.

Once again, I really wish you all the best and I do hope you have a dream baby soon. I spent 2 years and $50K (My insurance doesn't cover any of fertility treatment) in this journey and I know how hard it is.