I feel like I need to begin by saying this isn’t a normal thing. It’s not like I live in one of those homes where cockroaches climb up the walls or mice walk across your feet while you’re standing still or anything. My house is cluttered but clean. Could it be better? Sure, but I think most of us could be a bit better. I’m just saying it isn’t so disgusting that finding maggots is a normal occurrence. In fact, after finding them the only thing I wanted to do was burn the entire house down. I mean, gross. Just gross. Seriously, nothing makes you feel dirtier than finding maggots in your house. 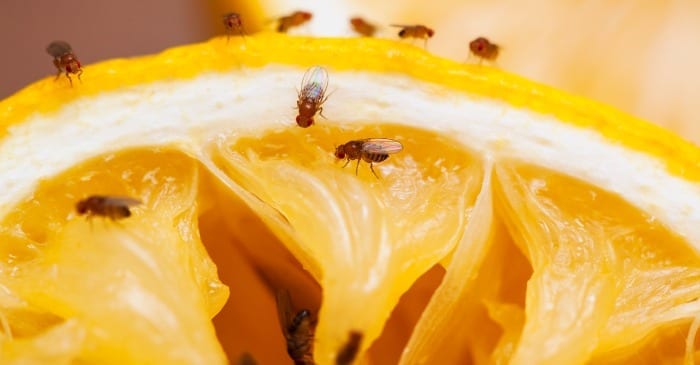 Nothing Makes You Feel Dirtier Than Finding Maggots In Your House

So yesterday I finally figured out why I had so many tiny little flies in my house. Yeah. I wasn’t going to tell anyone. I was going to take it to my grave, but since we’re all friends here it seemed like I might as well fess up. Also, because this could pretty much happen to anyone and I’m going to do everything in my power to never have it happen to me again.

It’s summer. I’m in Texas. It’s flipping hot. Those are all things you need to know at the beginning of this. I have a dog door so that my dogs can run in and out without me having to open the back door all the time, and when I started seeing tiny little flies I really thought they were just coming in the dog door. Who wouldn’t want cooler air in the middle of a hellish heatwave?

Out comes the fly zapper and for about a day it was kind of fun hearing that little ‘pop’ as I whacked them.

I swear I’m not a sociopath. 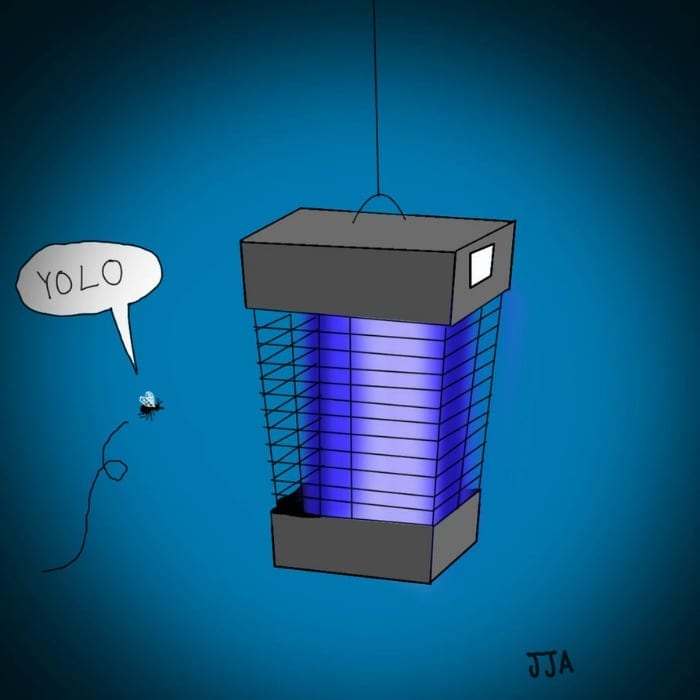 After about a day, though, it didn’t make sense that there were still so many flies. I figured once I got them all that first day the problem would be dealt with. But no. There were just as many. Maybe more.

I have cats, too.

Seeing all those flies made me panic. I thought, “Okay, so one of the cats dragged in a bird or mouse or something and now I have an animal rotting in my house and flies flying in to eat it.” Horrifying, but when you have cats sometimes they bring you gifts.

I checked everywhere. Under furniture, beds, in every little nook and cranny where they could have stashed some hapless creature. Nothing. Plus, there was no smell. Nothing.

Zapped all the flies again, blocked off the dog door, and went about life as normal.

The next day? Twice as many. And that’s when panic set in: the only way there could be so many is if they were actually hatching in my house. GROWING in my house. Even before I figured out where they were coming from, something in the back of my mind whispered the word, maggots.

And now I was desperate.

I searched again, only this time I had to check Everywhere. Places the cats could reach, places there was no way they’d reach. It took two hours to find it. A potato. When I put away my potatoes, one rolled out of the bin, behind the plastic grocery bags, and settled into a corner of my pantry shelf where I would never, Ever have seen it. And it died there.

And apparently nothing is sexier to fruit flies than a dead potato because those suckers were in there gettin’ it on like crazy. 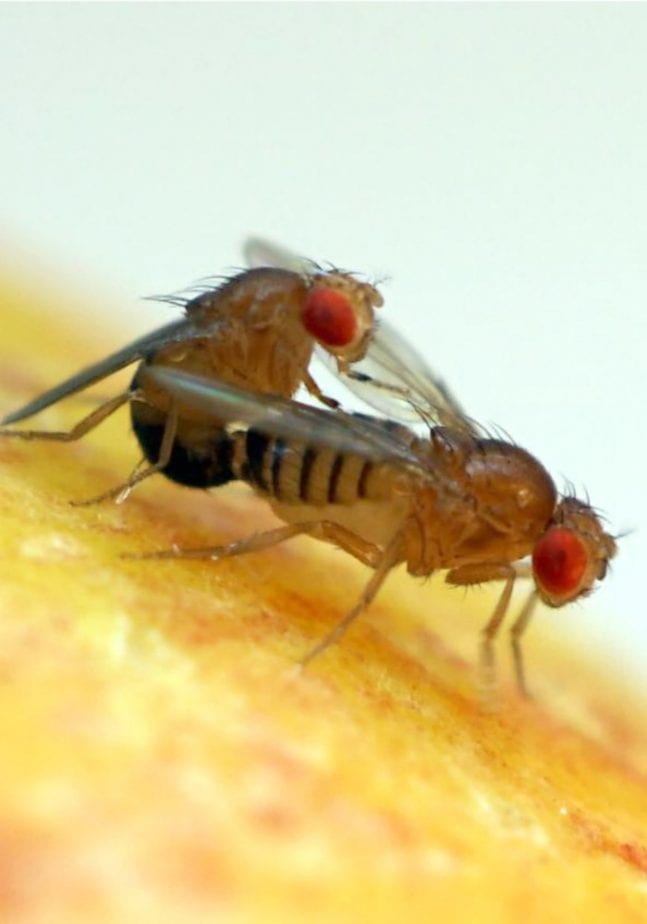 So wearing gloves, armed with the fly zapper and bug spray, I went about retrieving the very dead, very maggot-covered potato, and trying not to throw up in the process.

I threw away everything on that shelf.

And took a shower so hot when I was done that I was lucky not to have second-degree burns.

Now the flies are gone, and so are the potatoes. And honestly? I’m not sure I’ll ever be able to eat one again. There’s no way I can unsee what was back there. And no way I EVER want to go through that again.