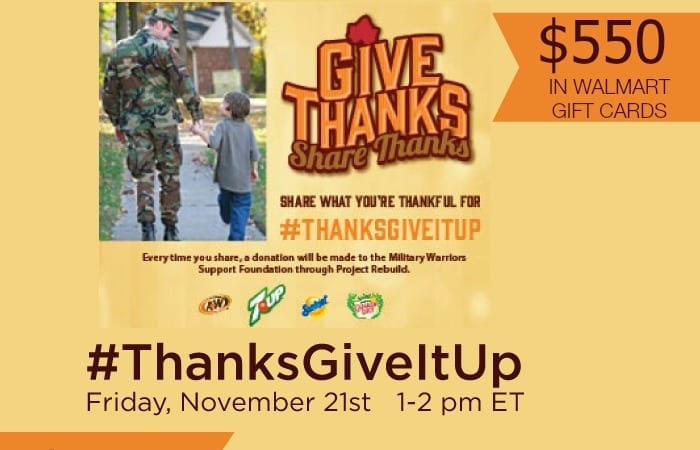 Do you love a good Twitter Party?  You know we do, and we’re excited to host a party about giving thanks and ways we can support Project Rebuild! On FRIDAY, November 21st at 1:00 pm ET, please join us for the #ThanksGiveItUp Twitter Party where we’ll be sharing ways to give thanks, share thanks, and giving you a chance to win prizes!

I have learned over the years that life is too short and I should never take it for granted. Thankfully I have never known anyone personally that has died or gotten injured in combat but there are so many people that haven’t been that lucky. I’m so excited that Dr. Pepper Snapple Group is teaming up with Military Warriors Support Foundation to support Project Rebuild, a project  which awards mortgage-free homes to wounded heroes injured during combat in service to our country.  I hope you will join us at the #ThanksGiveItUp Twitter Party to learn about easy ways to support Project Rebuild with a tweet!

Join me and RSVP for the #ThanksGiveItUp Twitter Party on SoFabChats! 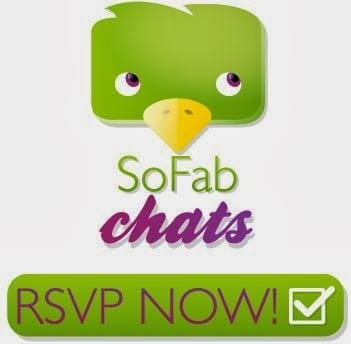 TIP: How to win the Early Bird prize? Watch for chance to share a tweet when you RSVP for a chance to win!

TIP: Special deals and brand coupons? Keep that options checked when you RSVP for the party!