A green puppy. I didn’t even know that was a thing. Like, did you know that’s a thing? Turns out it’s exceptionally rare, but does happen. What happens is some of the mama’s bile fluid mixes with the amniotic fluid and dyes the puppy’s fur while it’s in the womb. So when the puppy is born, it has green fur. Seriously, I’m freaking out. Look at how cute this thing is! 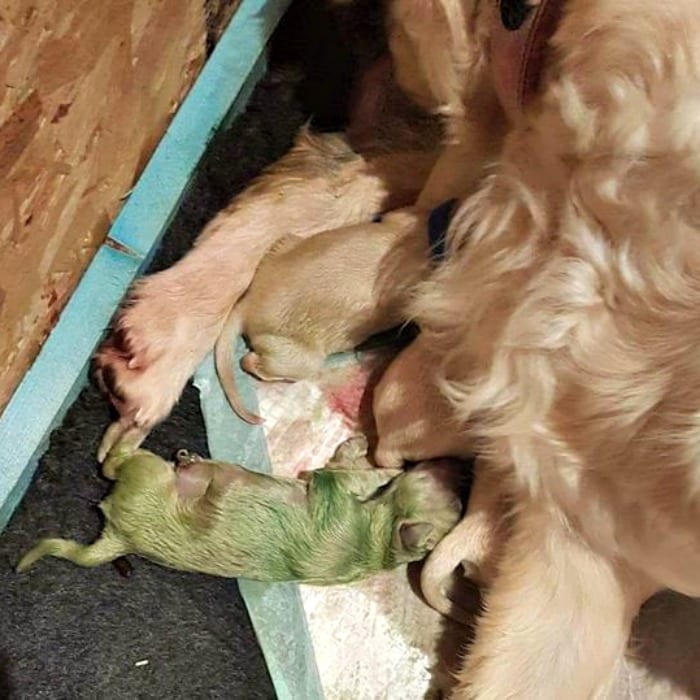 This Mama Dog Gave Birth To A Green Puppy, And I’m Freaking Out!

A golden retriever named Rio gave birth to nine little adorable puppies last week, but Louise Sutherland, Rio’s owner, was surprised to see one of the puppies was green!

“The first pup was stuck, so myself and my daughter Claire managed to free him and pull him out safely,” explained Sutherland.

“It was all hands on deck but then as the puppies started to arrive, we noticed that one of the puppies had green fur. We couldn’t believe it.”

“When we checked it out later we found out it is very unusual and to do with the placenta. The color has faded quite a bit already and will be gone soon, I’m told. We’ve named him Forest.”

Turns out, I’m not the only one freaking out:

Have you ever seen a green puppy? Meet “Forrest”. His litter-mates are all normal. pic.twitter.com/rknowngDbW

Even People magazine chimed in: 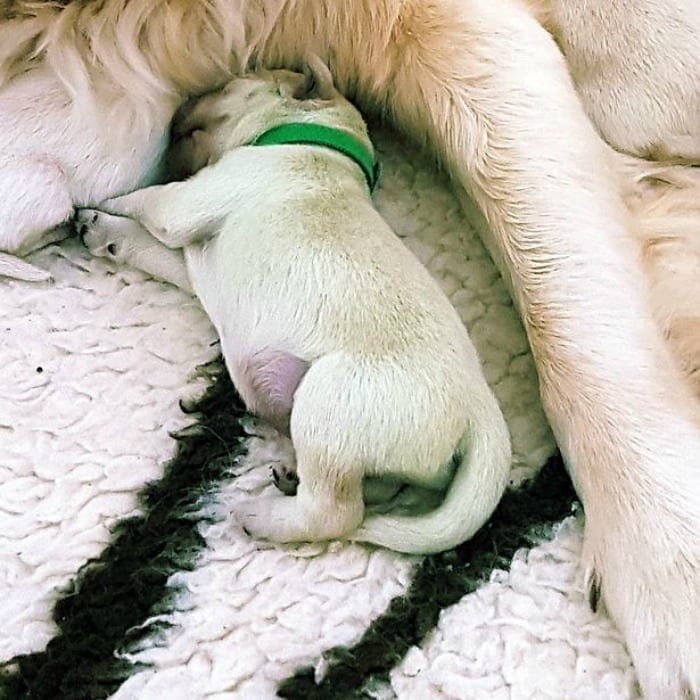 The dog’s owner said Forest will be staying with them, but they plan to adopt his brothers and sisters out to new, happy homes. 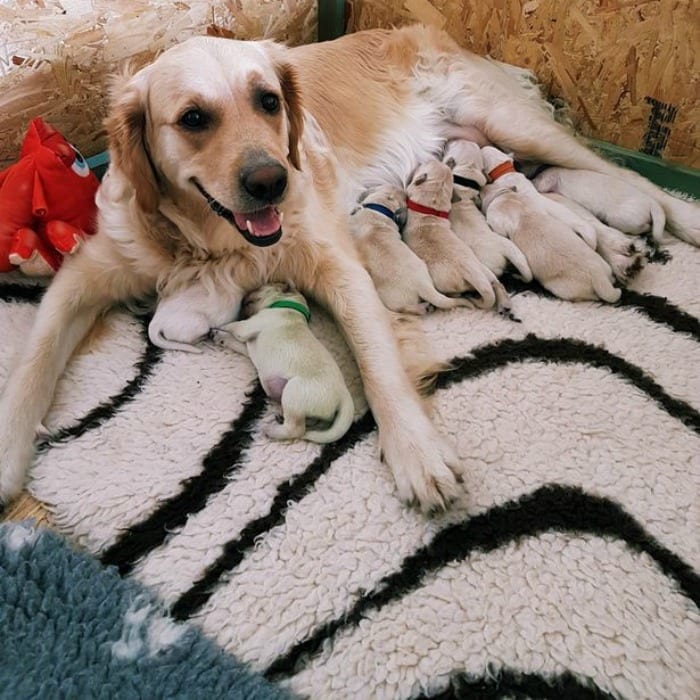 Have you ever heard of this before? Tell us about it on our Facebook page!