If you are a strong-willed, articulate parent like I am, you’ll no doubt agree that cowardice is for dummy-stupidheads. Don’t get me wrong, if you’re afraid to jab a stick into a rabid dog in the eye there’s nothing wrong with you, you’re smart. In fact, congratulations because you’re smarter than I am. But we all know someone who’s afraid of stupid things like bugs, or traveling, or something funny for a third thing. I hate cowardice. And, hey, I’m guilty of it. I hate it in myself just as much as those around me. Cowardice is the Two Broke Girls of human traits; it’s not funny and we should turn from it wherever we see it. So when I decided to give my wife the gift of putting beautiful babies in her I vowed to raise strong, fearless children.

So how did I do that? Crush fear. So what’s scary? Horror movies. My son is 9 and my daughter is 7 but when they were around 7 and 5, my wife and I introduced them to fairly safe horror flicks. Now, I could write more than one blog on my kids favorite horror movies in the last two years, they’ve seen dozens, but today I’m joined by my hard juicebox drinkin’, two fisted daughter, Katy. She’s going to help me pick her favorite top 3 horror movies for making a man out of your little girl. 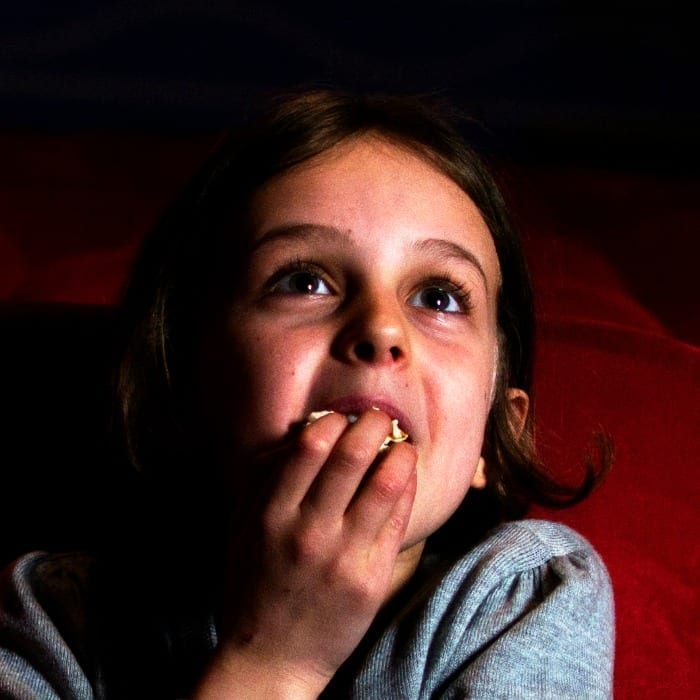 Is this the best movie ever? Depends on if you like movies about chain-smoking parents casually chatting with their tween about the possibility of divorce. And I do! If you grew up in the ‘80’s you either saw this movie or you lied to your friends that you did see this movie because your mom was totally not uber-religious and forbad you from going to theaters. Monster Squad is funny and smart. It’s also an ‘80’s movie, so you know it’s got as big of nards as Wolfman. The monsters are scary, the kids are truly in danger, and the adults are clueless. Kind of like the state of America right now. 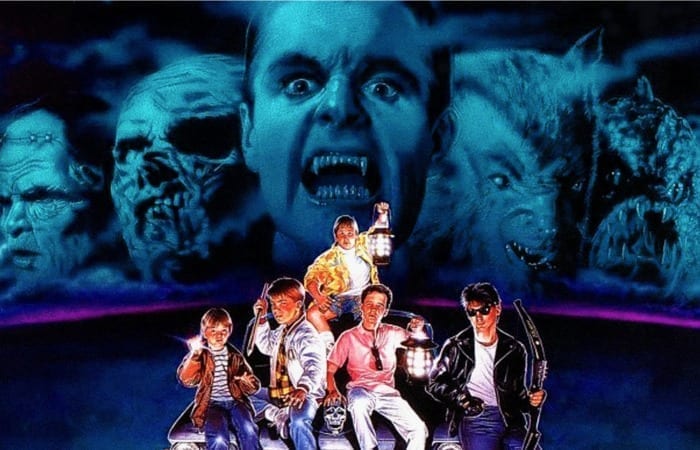 I’ll be honest, when my kids asked if they could watch the first Paranormal Activity, I was like, “Whatever. Good luck.” It’s 60 minutes of couple fighting and 10 minutes of murder. Not exactly the kind of movie to pull kids away from their fax machines and hula hoops. I figured that in a couple of minutes they would be bored to tears and begging for a movie where, you know, something happens. Holy crap! Not only did they finish the movie, but also the next morning I found them watching it again. And she loves Paranormal Activity 3 like most kids love My Little Pony. In fact, my daughter has quit helping me with the blog and is now watching part 3 right behind me while I type this. Just like her mother, she’s grown bored of me and now sleeps in a separate room. Part 3 is her favorite because it combines all the things a little girl loves, sisterhood and demonic horrors living in the crawl space. And Teddy Ruxpin. 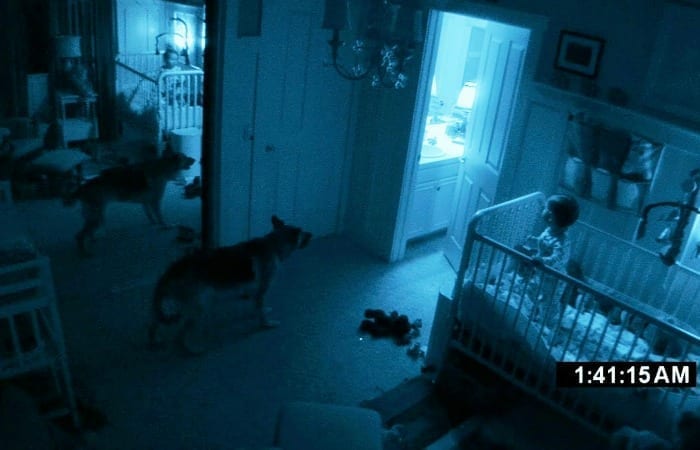 This is one of her favorite movies of all time and it’s pretty obvious why. It’s amazing. The Conjuring is very scary but it’s not stupid, cat jumps out of the tree kind of scary. This is a smart movie and I’m actually kind of proud of my girl for putting it on the list. Does this make her better than your kids? Who am I to say besides yes, yes it does? It’s also one of the “safest” movies on the list, and I hate to use the term “safe” because nothing in life is safe besides an actual safe and even then there was that one episode of Night Court where Harry got locked in his own safe and almost died. You want to talk about horror! But The Conjuring is lean on foul language, zero nudity, and while it has intense action, it’s not terribly graphic or gory. It’s atmospheric and that’s the best kind of horror because, while there are no such thing as monsters, there’s creepy crap all over the place. Take a look outside your bedroom window some night. You’re not going to find a zombie in your yard but I bet there’s a tree out there that looks stupid-scary in the moonlight. That elderly neighbor across the street who never seems to go to bed? Nazi. You have a Nazi living beside you. So have fun going to bed tonight across the street from the watchful gaze of that old Nazi bastard. 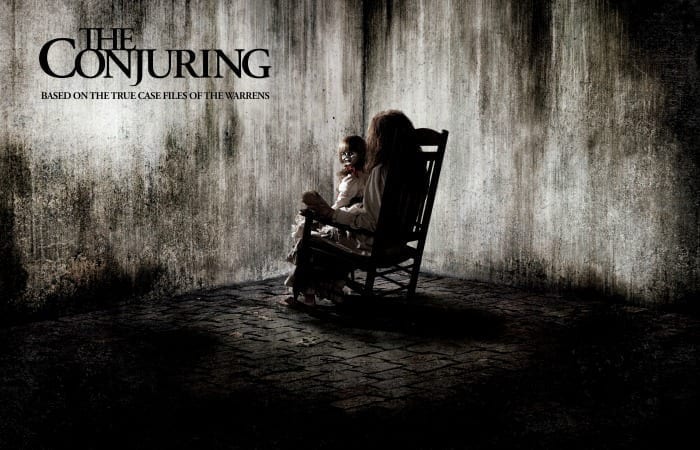 Now, maybe I’m just a bad parent. In forty years if my kids get pulled over with severed heads in the trunk of their car, fine, you got me, I suck. But we’ve got a kid on our street who is straight up terrified of my fat, fluffy orange tabby cat. How is that acceptable? You can’t tell me some Night Of The Living Dead wouldn’t set that little cake-eater straight. My daughter isn’t afraid of cats, she’s not afraid of closet monsters, either. She’s telling me they’re very small and she steps on them. Apparently we have fewer closet monsters than most houses, so we’ve got that going for us.

My kid could fill her Girl Scout Brownie journal with so many horror movies that she loves. She’s spitting them out like she’s got Tourettes. Lost Boys, It, Child’s Play, The Boy. You know your kids better than I do so you’ve got an idea what you can or can’t get away with. You don’t have to jump straight into Saw, start with The Wolfman. But introducing your kids to horror movies is a fun way to kill a Saturday night. Pop some popcorn and turn off the lights. The worst that’s going to happen is they’ll be so scared they’ll want to sleep with you tonight. A nights worth of cuddles? You’re welcome.

Thanks for sharing your wisdom

Such an interesting stuff we all can watch for free.

Cool stuff, keep it up