We have two pregnant women in my family right now. One who’s an old pro at this (baby #3) and one who is experiencing her first rodeo. The old pro is breezing through things as expected, and the newbie is asking some, well, prying questions. We love them both, but it turns out there were a lot of things from early pregnancy that we all forgot about and now that she’s going through them, we’re starting to remember…vividly. So here are 5 of the weird early pregnancy symptoms no one talks about…because if this is your first go-round, you probably think you’re doing it wrong. 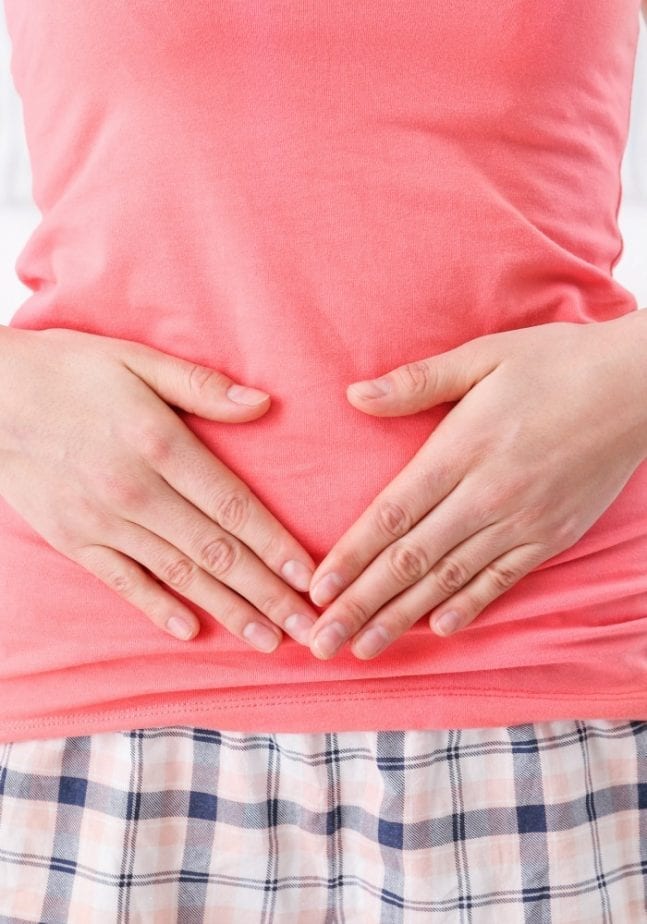 5 Weird Early Pregnancy Symptoms No One Talks About

1. Burping and gas – You expect morning sickness, everyone warned you about constipation, but no one ever tells you is that you’ll be burping like you just downed a six-pack of soda and farting like a french poodle. Progesterone is a bitch and that bitch slows down your digestive tract and makes all the muscles all soft and pliable. So since everything’s taking longer to go down, you end up farting…and because things are constantly coming back up, you burp pretty much constantly. Welcome to motherhood!

2. So much discharge – Your hormones are changing and because of those changes you might start to feel as if you’ve wet yourself…pretty much all the time. But it isn’t pee. Basically that party in your pants is just a whole lot of white or milky discharge that pours out like there’s no tomorrow. Don’t worry sista…ya good. Just start wearing panty liners.

3. ALL the tears – Know that Coke commercial where the lifeguard is trying to guess a girl’s name by handing her Coke bottles? Yeah, it’s okay if you cry to that. Basically you’re going to be crying at everything. Run out of salt? Tear City. Did the mail person tell you to have a good day and you bawled? Yeah, it’s okay. Again, those pesky hormonal changes are wreaking havoc on you, plus you’re putting tons of pressure on yourself to be like you were pre-pregnancy (and you aren’t). Give yourself a break. And maybe buy stock in Kleenex.

4. Sneezing and stuffy nose – Not only do you pee like it’s going out of style while you’re pregnant, but your blood flow increases so your body can pump more nutrients to your spawn. That can make you feel warmer than usual, but also tends to make a lot of preggo women have stuffy noses and sneezing fits. Sad to say this one may not go away until you’ve hatched, but if you bought stock in Kleenex like I suggested before, it might actually benefit you in the long run.

5. Super-smell – Walking through the grocery store you’re going to swear the fruit and vegetable aisle smells different than it ever did before. And forget the meat aisle – the red meat smells metallic and the fish? Yeah, that fish is Awful! No, you aren’t a superhero now (though you should consider yourself one considering you’re growing a whole other human bean inside of you), smells are STRONGER when you’re pregnant. Just avoid where you can and be prepared with a puke-bag where you can’t, and you should survive.

More than anything, mom, know that this all shall pass. You’re a human incubator and that tiny little lentil inside of you is super duper appreciative of all the tears, and sneezes, and smells, and burps, and leaking. Plus, if you think about it, in about nine-months that tiny fetus is the one who will be doing all of that and it’ll be like you’ve passed the torch. Good job.

I loved this.....it cleared up sooooo much for me...especially the leaking...you won't believe how scared I was (thought my water burst too early????). Thank you, Thank you?

Finally, a blogger who's actually a creative writer! I loved reading these funny descriptions. For some reason, everyone and their mother thinks they can be a blogger, but you've got what it takes. Thanks for the entertainment (and info, of course)!

yes, I had super smell after the intercourse a few days. I could smell something accurately from the distance. After the missed period, I tried the test and saw 2 red lines. That was also one of the memories I might not forget soon!