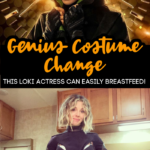 As a mother that has breastfed three children, this story makes me extremely happy!

Breastfeeding and working can be a bit of a challenge, especially for someone that is required to wear specific clothing that would restrict the ease of it.

Now add in a full costume that an actress has to wear and you are really making it tough!

The Marvel production team took extra steps with the costume design for Sophia Di Martino to make sure that she could easily go from playing her role on ‘Loki’, to breastfeeding or pumping when needed.

Sophia Di Martino plays the part of Sylvie on ‘Loki” and she was so thankful for the care put into her costume design because it made it possible for her to do her job while being a mother.

It’s not easy being a working Mama! Genius #christinewada designed Sylvie’s costume & added concealed zippers so I could pump easily & nurse my baby between takes. Little (big) things like this that made it possible for me to do my job & be a parent. I’m forever grateful.

This way Sophia can simply unzip without completely taking her costume off while nursing or pumping, isn’t that awesome? 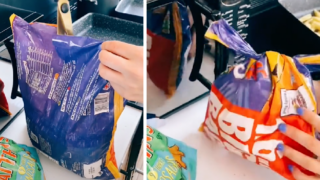 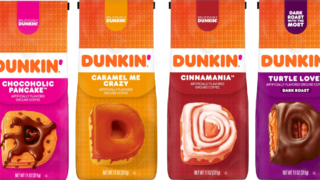 Next
Dunkin' Is Releasing Four New Coffee Flavors That You Can Make At Home And One Even Tastes Like Fresh Pancakes
Click here to cancel reply.