Remember when gender used to be simple? If you were a boy, you hated girls. If you were a girl, you hated boys. Our kids will never know the simplicity of living in a world where it was totally okay to hate someone different than you.

Over the last couple of years I’ve had to bare witness to this mucking up of a very basic gender formula. And I’m not even talking about the wacky notion of a young, plucky lady trying to have it all or a single mom making it in a man’s world, or any other ‘70’s sitcom idea you may have. We’ve now gotten to the point we’re trying to create third genders and pronouns can be considered hate speech. I tell my daughter that she’s a good girl and I’ve got the ACLU knocking on my door. Why does she have to be a good girl? Why not a good person? Jesus Christ… 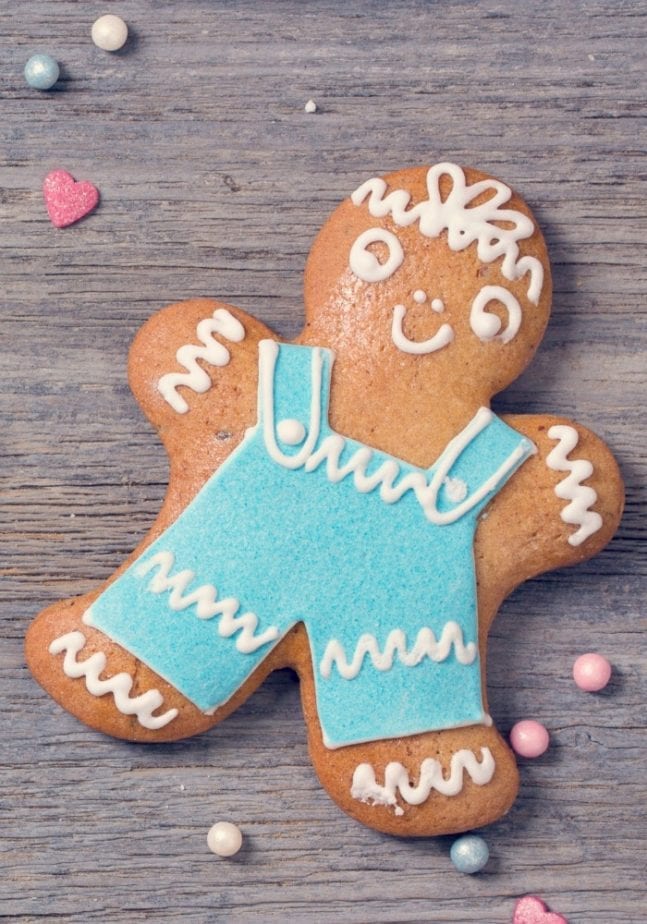 I Feel Like The Politically Correct, Gender Neutral World Is Trying To Steal My Manhood

Feminisms quest for a gender-neutral world is slowly…well, I don’t know what it does. Does is stomp it’s way into the mainstream? Stomp is too masculine. Swish it’s way? Too feminine. I don’t actually know what a ze, the new third pronoun, does. Gangly limp along, I guess. So feminisms quest for a gender-neutral world is slowly, gangly limping along into the mainstream. It’s not great for us men but it sure as hell isn’t great for women, either.

I heard a radio spot for Cover Girl today. The voice coming through my speakers sounded like a “lady” who offered to be my date in Las Vegas a few years back. That voice belonged to James Charles, the new Cover Girl model. That’s right, James. For Cover Girl. I don’t know what this chap’s story is, but he looks like the gritty reboot of a David Fincher produced Dennis The Menace. I guess Cover Girl is trying to tell me that if I use their products I’ll look like an extra from The Girl With The Dragon Tattoo. Why hire a dude when there are literally billions of women to pick from? Is Cover Girl ashamed of its gender identity? Does it want to become Cover Person? These are questions I didn’t wake up this morning expecting to ask.

But the answer is no. No woman has a problem being a woman. If you’re a feminist, you’re proud of your sisterhood. And, FYI, if you know a guy who says that he’s ashamed of being a man, he’s only lying to you in the hopes he’ll get laid. So Cover Girl’s choice of hiring a male is solely due to some blurred idea gender identity, which, by the way, also means that a woman didn’t get a job. Because I guess that’s now feminisms endgame, less women in the workforce.

There’s nothing wrong with genders. There’s nothing wrong with being a man. There’s nothing wrong with being a woman. I don’t want my dong to define me but I also don’t want to pretend I don’t have one. I’m a man. That means something. Maybe it means I start some shit with a tall hipster after he blocks my wife’s view at a Toad The Wet Sprocket concert, which happened, or it means I forget to take my daughter to her piano practice because, shucks, I’m a forgetful TV dad, which also happened. But whatever I am, I’m not just a person. You know who’s just a person? Stormtroopers. And they suck at everything. They can’t shoot straight. They can’t find droids they’re looking for. They’re freaking useless androgynous lumps of meat and I think we’re more complex than freaking useless androgynous lumps of meat.

We’re men. We’re women. Mothers. Fathers. There’s a nobility in that no pronoun change can take away.

We are taking your masculinity. And it's working. Thanks your wonderful donation, I'll be able to add he/him pronouns to my ze/xe/they/bunny/it pronouns 😌🥰

I don't believe most people want to destroy the terms 'men' and 'women' bit rather normalize both men and women doing things typically associated with the opposite gender; like men can't wear makeup for example. Because why not? I'm honestly not sure if this article is satire or not, but if it isn't, what's the matter with a man wearing makeup? I use makeup to cover up my temporary flaws, for example acne, or uneven skin tones, or to make certain features pop more, and I don't see how that's something just for women.