Excuse me a second while I take some medicine and blow my nose. I don’t know where you live, but it’s cold season here. It’s that season where you pile on some warm, comfy pajamas and curl up on the couch. Season 3 of Gilmore Girls isn’t going to watch itself. Maybe take an hour-long bath, and the only reason the bath is an hour instead of, say, five hours, is because at some point water cools and the laws of nature are against you. Maybe your better half takes little Rudiger Jr. to soccer practice. And you know the potential for ice cream is always in play because you’ve got a tickle in your throat and talking hurts so…shhhh…less talking and more Gilmore Girls. 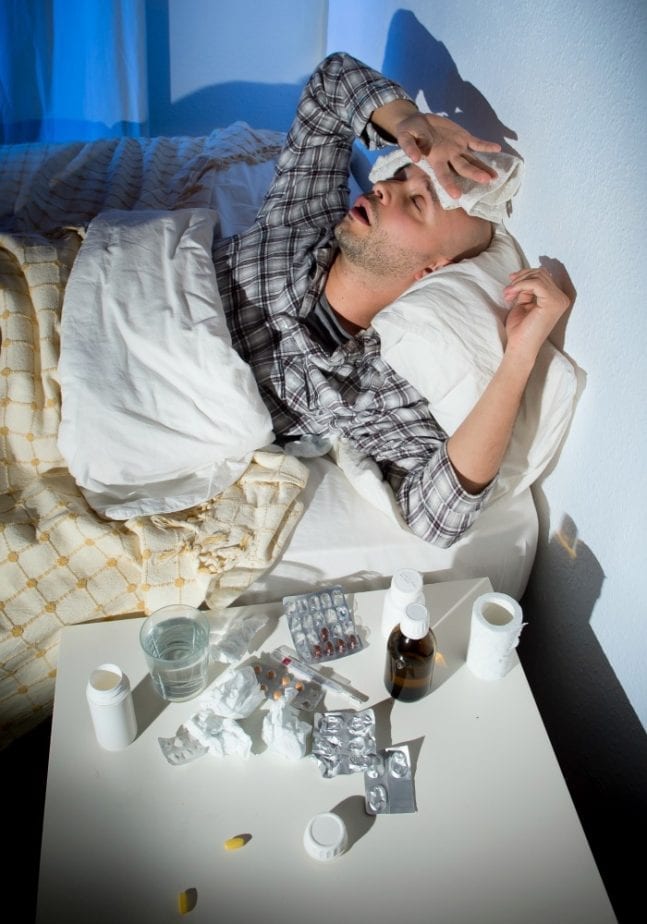 I Have A Cold And Why You Don’t Care

You see, women, men don’t have the luxury of being a gender that gets to complain about things and have people actually listen. If you have a job and have the sniffles, you can scamper off to your restrooms and stretch out on a sofa. Yeah, I know you have a sofa in your restroom. I’m on to you. It smells nice in there and sometimes you have music playing. It’s like a Turkish opium den.

I started working when I was 8 years old. For six nights a week, from ’88 to ’98, I cleaned offices, banks, churches, whatever. As my luck would have it, sometimes I got sick. You know what my mom would tell me? She would tell me to work harder so we could get home sooner. My punishment for getting sick was added work instead of reading a little A Wrinkle In Time in the office breakroom. FYI, that’s how I know what your restrooms look like. It was work related. I don’t actually go trolling through ladies rooms in random offices, sniffing potpourri, and listening to New Age Muzak.

But my mother’s callous disregard for my well-being (and trust me, I’m leaving out a lot of gory details) was just a taste of life as a man in a callous world. As an adult, I’ve got two kids. Both kids play multiple sports, plus piano lessons, plus Girl Scouts. Who has the time to down a shot of Nyquil, sprawl out on the living room floor, and listen to Swedish death metal while the devil’s music lulls you into a drug-induced coma? That’s a thing normal people do, right?

And I know a lot of you are going to ask, “Nik, you refreshing oasis in a desert blogosphere, don’t you have a wife? Doesn’t she get sick? Doesn’t she have responsibilities?”

Yeah, except not really.

My wife, I’m sure through female black magic, always lands a job where she can come and go as she pleases. If she just doesn’t come in, nobody cares. If she has a cold, they tell her to stay home. If I get a cold and can’t deliver mail that day, you’d think the whole city I work in would just fall into a black hole. There are about 30 mail carriers at my post office but sweet Jesus above! If Nik isn’t there to deliver Geico Insurance advertisements then children will starve, crops will fail, and wild packs of family dogs will roam the streets.

However, when my wife is sick and the kids come home from school, they’ll ask to play video games and I’m kind and loving enough to say, “Yeah.” From then on, the house is as quiet as a Methodist church service.

Does that mean I love my wife more than she loves me? Hell, yes, it does. Does it mean anything I’m writing about will spur some kind of national change? Will women of the world finally look at themselves and question their lack of support for the man cold, both emotional and ice cream related? Not a bit. Because I’m a man, I have a cold, and nobody cares. 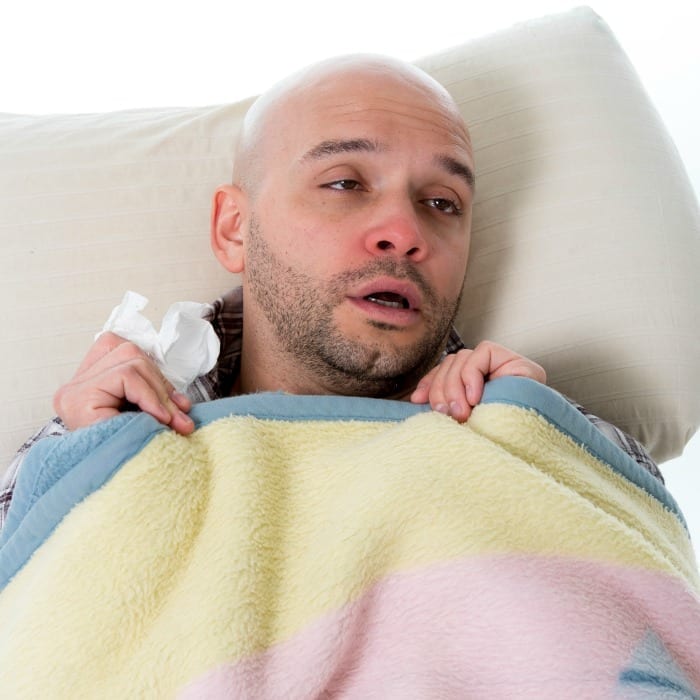 Tried to sign up for your newsletter, but it says it's broken. Just thought you should know.