When a child, being a child and therefore prone to stupidity, got himself into an endangered gorilla’s enclosure last year, the zoo sacrificed the gorilla’s life to extract the boy.  The Internet went on a campaign of blame and outrage, some even sending death threats to the boy’s mother.

More recently, poachers killed an endangered white rhino in a Paris zoo for its horn and it was kinda talked about for maybe a day.

The first event was a tragedy; the second, a deliberate act of annihilation by adults who fully understood their purpose; and yet, only one of the animals will still be remembered in another year—and it won’t be the rhino. 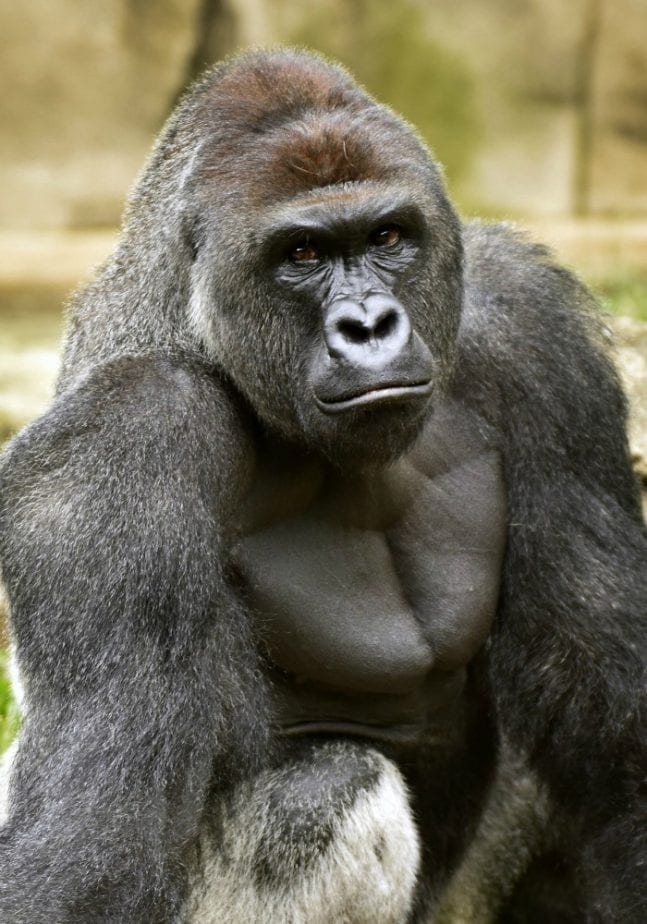 Most parents can think of a time they were, for a moment, not in complete control of a situation and something heart-stopping happened.  You turn away for a crying sibling or to take a picture or because the dog just knocked over someone else’s kid or you just sneezed and peed yourself, and you turn back around and your kid is faceplanting down some stairs like my kid did that one time I told him to wait while I locked the front door.  Or, like my brother as a kid, they’ll have followed some bugs off a nine foot porch and landed an inch from a cinderblock.  Your kid will be in an inner tube one second and underwater the next, like my mom tells about that time I almost drowned in a lake.

The one thing all of these have in common is that no one could have predicted what happened and no one had enough time to prevent the accident.

And that’s what happened at the gorilla’s enclosure.  You can argue about zoo safety and parental responsibility and careless children, but the absolute truth is that no one was to blame.  Not the zoo, not the mom, not the kid, and not the animal.

It was an accident.

And that is very sad.  It’s hard to have something affect you deeply and have no one to blame.  You start looking for scapegoats, and you go after them without thinking.

The rhino, on the other hand, was murdered in cold blood for profit.  But poachers are old news.  They’re common.  There’s not enough outrage to go around, it was in another country, and that story didn’t have a neat hook like “Stupid American brat gets beloved gorilla killed.”

And yet, that hypocrisy isn’t even what pisses me off.

It was the idea, the undercurrent to all the rage over Harambe, that something else should have been done.  That the kid’s life was less important or that Harambe could have been trusted not to hurt him.

So please, get comfortable, invite your pet tiger to cuddle up beside you, and listen:

In the wild, mothers kill for their young.  They destroy threats.  A mother grizzly will rip you apart for existing too close to her cubs.  Honey badgers will follow you for miles if you look at their kits wrong.  Cape buffalo will kill lionesses and their cubs as a preventive measure.  Lionesses will go claw to tooth with crocodiles.

Humans are not so different. 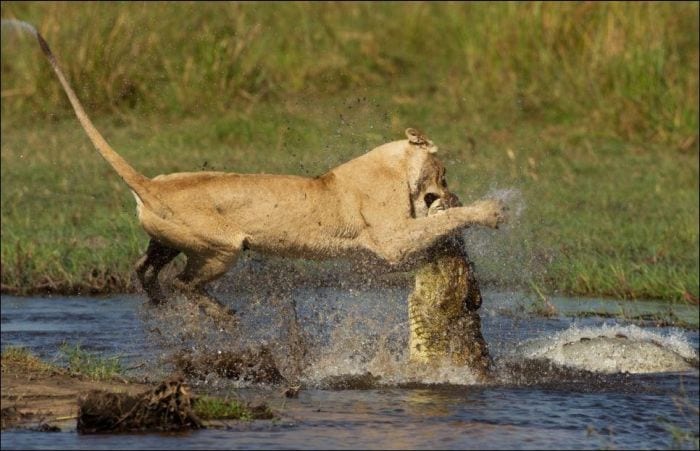 When our young are threatened, we are the most dangerous animal on this planet.  We are persistent, fierce, and we hold grudges.  We are the apex predator, and any emotionally healthy mother will tell you that she possesses the same instincts as the lioness and the grizzly.

The mother whose son fell into Harambe’s enclosure would have climbed down and shielded her son if zoo officials had not told her that it might make the situation worse.  She would have curled her body around her child or battled the gorilla hand-to-hand.  She would have given her life for her boy.

Most mothers, putting themselves into her situation, understand the lengths they would go to to protect their children.  We shudder at the thought of our own child alone with an animal that only might not hurt him.

As a girl, I heard a story asking what we’d do if the entire world was dying and only our young son had the immunity needed to create a vaccine; the catch was that the doctors needed all of his blood to do it.  And we had to choose between our child and the rest of humanity.

At the time, I thought I knew the answer.  It was so simple.  Humanity needed to survive.

Now, I know I would let the world burn.  Humanity would have to pry my son from my cold, bloody fingers.

I regret that Harambe had to die.  But if you asked me whether I would trade my child’s life to save his, my answer would be as clear and fierce as any lioness: F*ck Harambe.

I don’t hate him.  I don’t hold anything against him.  I feel the same toward him as I would any majestic animal, and I’d have the same reaction if any of them got too close to my children.

Just after Harambe’s death, I told my friends that if it came down to my son vs the last unicorn on the planet, I would GUT THAT FRICKIN’ UNICORN MYSELF.  (All caps is quoted verbatim.)

She’d be newly discovered and flawless, pooping rainbows and giving free piggyback rides and sparkling with her own special unicorn magic while her silvery mane flowed in the wind; but if she posed a threat to one of my children I’d grab the sharpest knife I could find, and I would impale myself on her horn just to reach her throat.  I would be a screaming, bloody, rage-fueled mess.  (At the very least, I’d keep her busy so someone could whisk my kids away.)

Harambe, a wild animal, would have understood.  It’s the law of the jungle: you don’t mess with the young of an apex predator and expect to survive.

It doesn’t matter what your intentions are if you grab a tiger’s cub by the tail.  She’ll still maul your face off.

Humans, for all our flaws and destructive qualities, are the apex predator on this planet.  So what the hell would it say about us if we didn’t react with deadly force when one of our young is in even the slightest amount of danger?

To behave otherwise, as thinking humans, would have been monstrous.

Well put. I was just thinking earlier tonight that it was amazing to me that, if someone took my chi kd or hurt him, the sheer rage inside of me wouldn't have enough power to disintegrate the guilty party on the spot.

We feel so strongly, it's so hard to imagine that we cant prevent everything, but we can't.

I never even heard about the unicorn.

That thought experiment about the blood. ..sane experience here. Heard it in college. Although, I was on the fence in college. But also I feel like "Seriously, there's not another way? You can't pump someone else's blood into him at the same time, or replicate the antiviral. ....I digress.

Also I'd never heard about the Rhino. That's insane. I get really upset about elephants. They have such tight social bonds and have lost so much already, and poachers come and cut off their tusks? Who is still buying ivory, for Pete's sake?