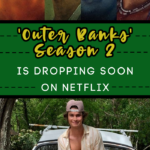 We have known for a while that Netflix decided to renew Outer Banks for a second season — thank God, because they left us with a pretty big cliffhanger!

But, we FINALLY have a premier date for when it will actually drop on the streaming giant, and it’s soon!

ICYMI, Outer Banks is a coming-of-age, soapy teen drama about a group of teens, who call themselves the Pogues .

The Pogues live life as the outcast group of teens who call The Cut — part of the North Carolina Outer Banks — home.

The original goal of the Pogues was to just have fun, but things changed when John B.’s dad disappeared at sea.

Pogue life is all fun and nothing not. [..] It’s going out and having fun and then when you come back to shore, you can deal with everything.

There are about to be spoiler alerts!

As season 1 begins, the Pogues go start their own search for Big John, but in the process they stumble upon a shipwreck that contains $400 million worth of gold.

Now, before he went missing, John B’s dad was obsessed with a treasure that he said was buried in the Outer Banks.

Hello, Goonies flashback, I see you!!

Big John just happened to leave behind some pretty pertinent clues that he assembled before he disappeared — and this shipwreck seems to be on the right track to finding the treasure.

Things get a bit complicated when The Kooks — the rich group of teens in the town — decide they are after the same treasure.

If you haven’t yet dipped your toes into the world of the Outer Banks, you better start quickly!!

You are so going to be obsessed with this show! It is such a guilty pleasure, and you are going to want to binge watch all 10 episodes in one sitting!

And THEN, you can be all caught up and ready for season 2 to drop — which is happening July 30th on Netflix!

We’ve turned up the dial on everything fans loved about season one – more mystery, more romance and higher stakes. It’s a full throttle, action-packed adventure and these photos offer a glimpse into the next chapter for our Pogues. All we can say for now is buckle up, it’s going to be a wild ride.

I. Can’t. Wait. to head back to the Outer Banks this July!! 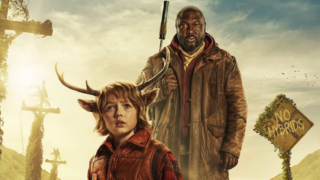 Previous
Will 'Sweet Tooth' Get A Season 2 On Netflix? Here's What We Know. 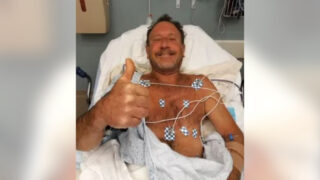 Next
This Man Was Nearly Swallowed Whole By A Whale And Lived To Tell It All
Click here to cancel reply.